Top 5 Patterns from the Cup Day 3 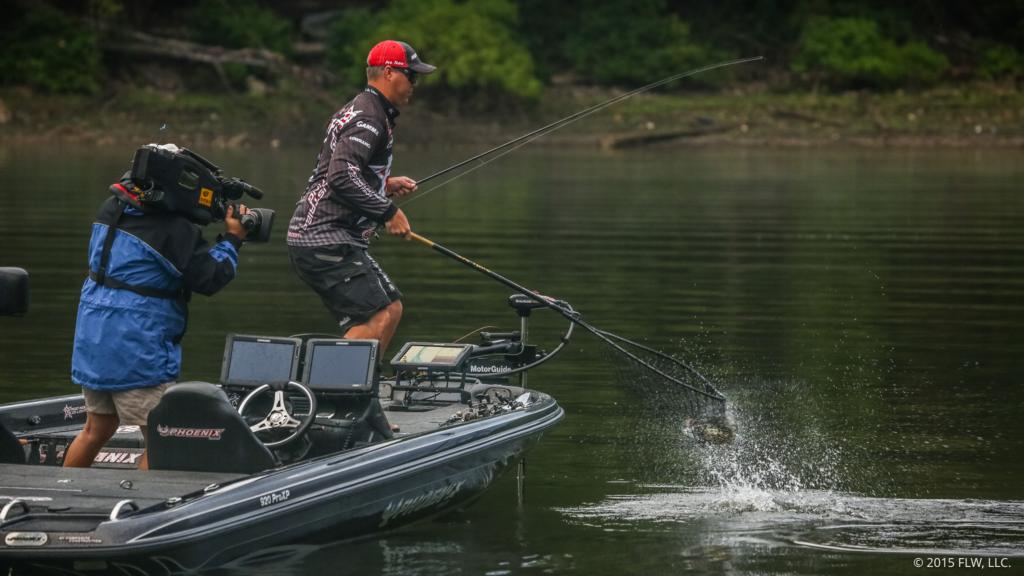 Jacob Wheeler may have regained his lead in the Forrest Wood Cup on day three, but Brad Knight is right on his heels. Going into the final day, the two pros are separated by just 12 ounces.

The margin is tight, and what’s going to make the final day fun to watch is the difference in the two anglers’ strategies. Wheeler is running a topwater pattern on the main lake, and fishing new water is part of his plan. Knight, however, has caught almost all of his weight from one 250-yard stretch of bass-rich creek channel. He literally knows every target he is fishing by heart.

On the surface, Knight’s area looks to be the better bet. But he has shared the general area with Brandon Cobb and Mark Daniels Jr. for three solid days. And the bad news, at least for Knight, is that both Cobb and Daniels will be sharing the water with him again on the final day as both made the top-10 cut.

To be clear, all three anglers have had zero problems with each other. Each has been there from the beginning. However, where things get complicated is when the media and spectator flotillas begin to intermingle and impact the area with lots of trolling motors on top of a very shallow flat.

Behind Wheeler and Knight is Ramie Colson Jr., who weighed in the biggest limit of the tournament thus far on day two and could have another big day tomorrow. And should they all stumble, Bryan Thrift is ready to pounce from fourth, though he would have to have a monster day from roughly 5 pounds back.

Here are the details from the second- through fifth-place anglers. 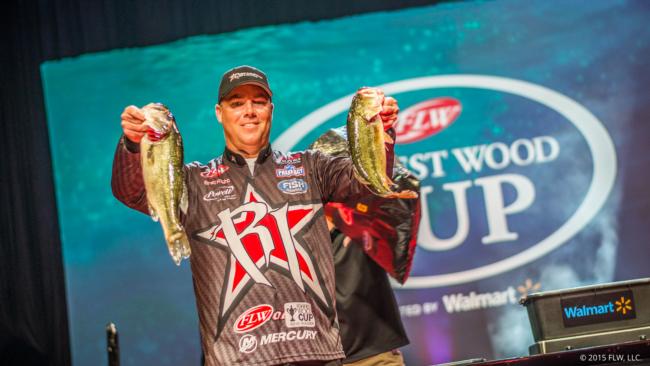 Brad Knight continues to milk one 250-yard stretch of water in the very back end of a creek. The stretch consists of an 8- to 10-foot-deep creek ditch that cuts through a vast, shallow flat. The channel swings against the bank in several places as it snakes through the flat. The key channel swings are sweetened with laydowns, logs, root wads and brush tops.

“I’ve got a 45-minute window when I first get there when I can make hay before all the boat traffic starts stirring up the water,” Knight says. “That’s when I can go straight to the key targets where the fish have repositioned overnight. In fact, I’ve got one log in particular that I start on that gives up at least one, sometimes two, decent keepers. That first hour is critical for me.”

Knight says his key technique on the wood targets is an old trick he learned back home on Old Hickory Reservoir: shallow-shotting.

“Basically I’m drop-shotting those shallow targets with a 6-inch straight-tail worm on a spinning rod with 10-pound-test leader and a 1/4-ounce weight,” Knight reveals. “I think the creek is so silted in that any traditional Texas-rigged plastic punches into the silt and gets lost. But that drop-shot stops right in front of their face.”

Knight is shallow-shotting on logs as shallow as 2 to 3 feet deep all the way down to 7 or 8 feet deep. 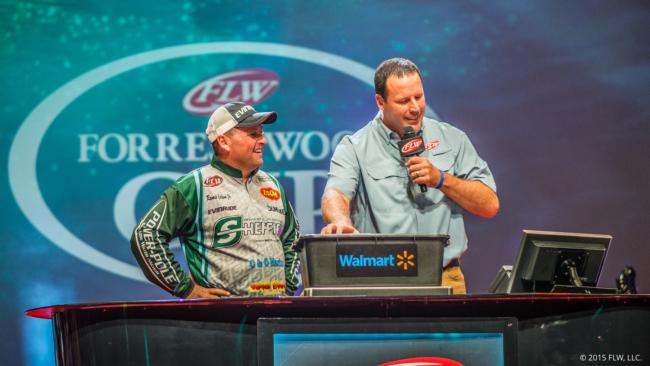 Ramie Colson Jr. suffered a severe setback on his chances to vie for the Cup today with a four-bass catch weighing just 6 pounds, 8 ounces.

When asked what the reason was for the lighter catch compared to his nearly 18-pound limit yesterday, Colson offered one word: clouds.

Colson’s best bite came as the clouds were breaking from an early-morning storm. But once the clouds set in again later and remained for the rest of the day, he struggled.

“I think those fish really like getting in that brush when it’s bright and sunny,” he says. “That’s when they hunker down in the stuff and I can needle them with a worm. Today, it was mostly cloudy and dark, and they just don’t sit down in that stuff when it’s like that.”

For the week, Colson has done all his damage with a Texas-rigged Zoom Ol’ Monster worm in blue flake and plum apple. 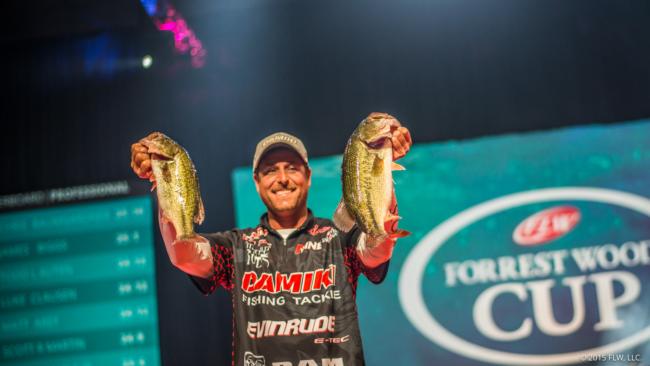 Bryan Thrift checked in his best limit of the week – and the biggest one of the day – at 14 pounds, 3 ounces on Saturday. Typical for Thrift, he is using a multitude of lures across a variety of water types.

Thrift says his best schooling-fish lure is a Damiki Back Drop spoon (20 grams).

“When they come up busting, I can throw that thing a mile,” he says. “I’ll wind it just under the surface through the school.

“I also had some stumps in about 5 feet of water where I wore them out for two days on a Damiki DC 300 crankbait,” he adds. “But after catching 30 fish a day off those stumps, I think I sore-lipped them all.”

Today Thrift hit the bank and fished a Damiki Rambler topwater, which produced four of his better fish. 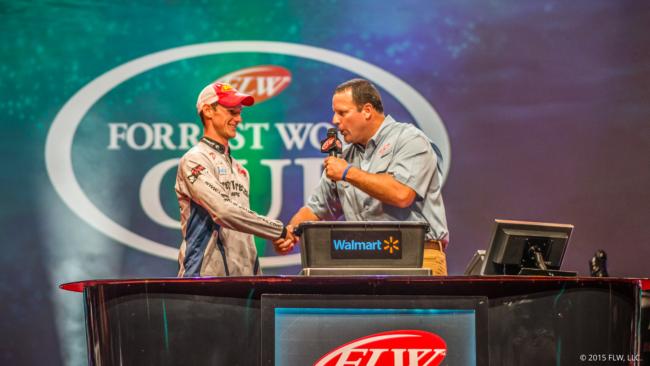 Brandon Cobb rounds out the top five anglers after day three with a total of 34 pounds, 13 ounces. His limit today weighed in at 9 pounds, 1 ounce.

Cobb continued to share water with Knight today but feels that spot might finally be played out for him.