How the best are catching them on Kentucky Lake 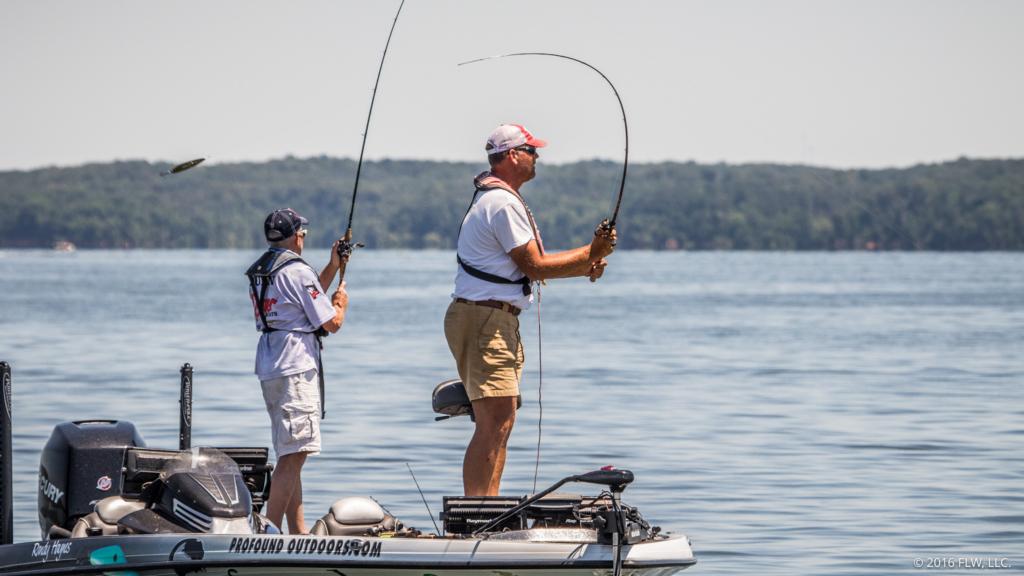 These were just a few of the comments uttered by pros trying to coax fish from schools positioned along Kentucky Lake’s infamous ledges on day one of the Walmart FLW Tour presented by Mercury and hosted by the Kentucky Lake Convention and Visitors Bureau.

Many found Kentucky Lake’s normally cooperative schools to be tight-lipped due slick, low-current conditions and the constant barrage of fishing pressure.

Despite the less-than-glowing remarks, Kentucky Lake still kicked out what it’s famous for: lots of 20-pound plus limits.

In all, 14 limits over the 20-pound mark were weighed in today (plus two on the co-angler side). Many of those came from pros playing the school game along the main Tennessee River channel. And some of the usual suspects of TVA ledge fishing are certainly in the mix.

The consensus among them is that the true “megaschools” have not formed just yet. So far the schools this year are smaller and more fragmented than normal. Also, they seem to be more suspended due to lack of current. But the number one complaint among the top contenders is that catching one or two fish from a school seems to “bust it up” or disperse the fish rather than firing them up and making them more competitive. Whether this is a result of little current, lots of pressure or a combination of the two remains to be seen.

Ironically, leader Brad Knight chose to stay away from the primary schooling areas and focus instead on shallower fish that cannot necessarily be seen on a graph.

As for the others hunting him down, here is what they had to say about their day. 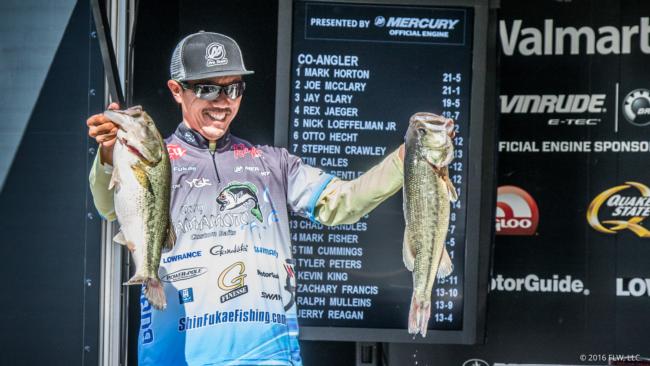 Shin Fukae has won his fair share of money along the Tennessee River in ledge tournaments and today he proved why, sacking up 23 pounds, 3 ounces for second.

Make no mistake about it, Fukae is idling ledges looking for schools.

“I spent maybe three hours fishing in all of practice,” Fukae says. “The rest of the time, I was just idling, looking for schools.”

Fukae says he has learned that if the schools are “flat and spread out” on his graph, that they are, as he described it, “pouting.”

“I have to fish a slow bait when I seen them spread out,” he details. “But if they are tight together on my graph, I can catch them on a reeling bait and those are usually a bigger.” 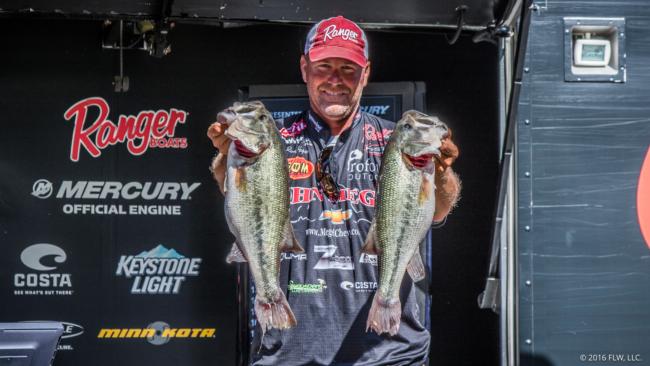 No surprise here: Randy Haynes has started another TVA ledge tournament inside in the top five with 22 pounds, 15 ounces.

Perhaps no one in the ledge game understands the effects of fishing pressure better than Randy Haynes. He has an inherent understanding of what happens when schools get pressured, “busted up” and beat on.

His explanation for what’s happening to the fish in the megaschools?

“They’re getting pushed,” Haynes explains. “They’re getting pushed around by fishing pressure. They’re getting beat on and busted up and when that happens they either quit biting or they relocate or both. One thing I’ve learned here is there is no sense in even trying to fish a school I found during practice because they’re already beat on and used up. I’m way better off idling looking for fresh fish that have either just gotten out there to a new place or gotten pushed off a place to a new place. I probably spent three hours idling today looking for fish in new locations.” 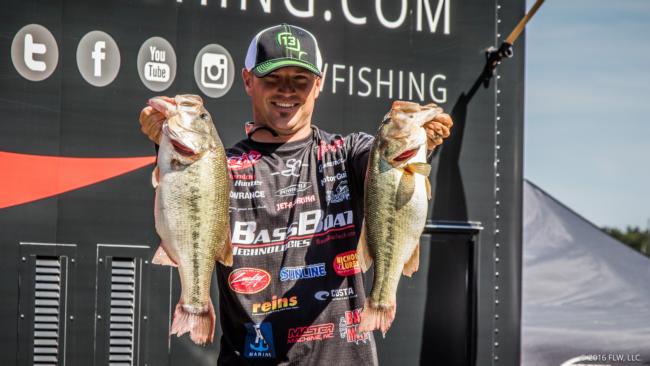 Kentucky Lake local Brandon Hunter got off to a solid start out of the blocks on day one with 22 pounds, 11 ounces.

In his opinion, Kentucky Lake fish are acting “funny” right now, noting that schools seem to be small and uncooperative.

“I only have one spot where they’re acting like they’re supposed to,” Hunter says. “I got them fired up today and I probably caught 10 or 15 fish off of it. But all the other schools I fished, they were just acting weird. I can only catch a fish or two out of them and then it’s over.”

Like Haynes, Hunter has found that investing time in just idling around looking for new schools can be more beneficial than forcing the issue on “already known” schools. 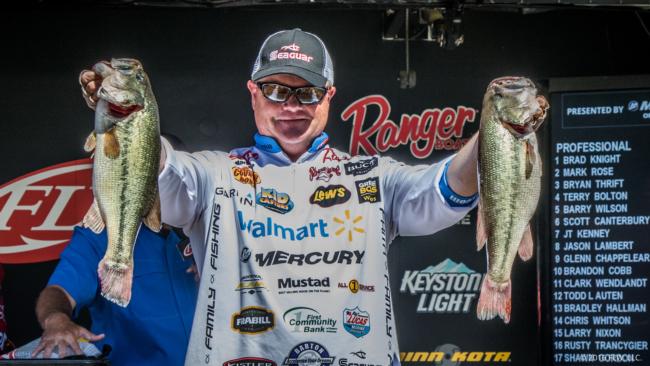 No summertime FLW Tour TVA top-five is complete without the name Mark Rose, who represented with 22 pounds, 10 ounces on day one.

Rose says he is not necessarily running a typical “megaschool” plan this week and instead is running more of a “singles” program.

“I got off to a good start early this morning with 14 pounds and that really let me relax and invest the time to fish those smaller groups of fish that are not as obvious,” Rose says. “I have to run a lot of water to make that work – I probably ran 25 places today, looking for smaller groups that might only have 5 or 6 six fish in it.”

Rose believes there are still a lot of fish that have not found their way out to the main channel just yet.

“There is still a lot of bream bedding and Mayfly hatching going on up shallow,” Rose says. “We need some sure enough hot weather to kind of bring all that to an end and push everything out there to the main river where it should be. I think we have some heat and humidity coming this weekend and that could actually help put more fish out on the river.”