Canterbury Moves Ahead on Norman 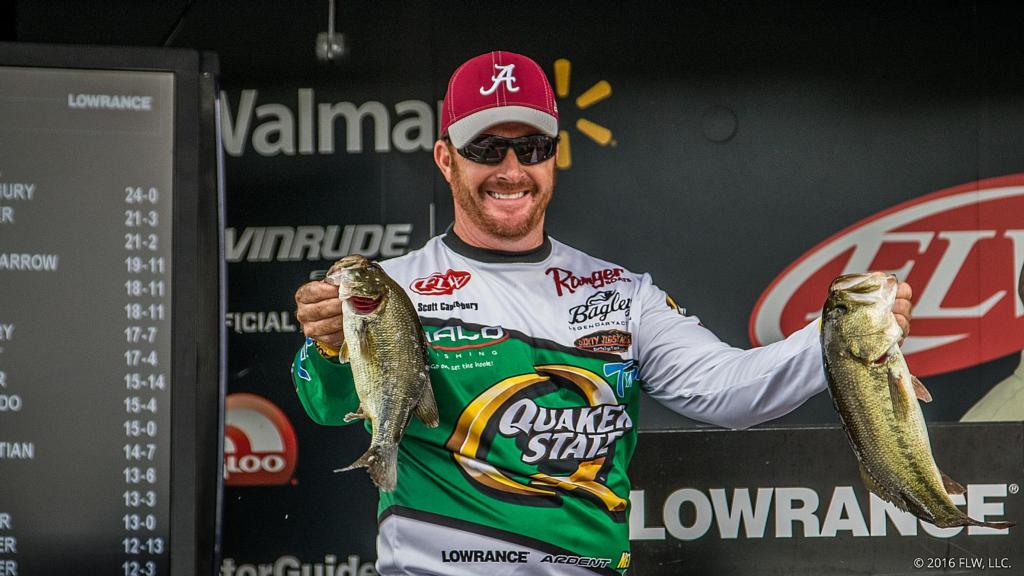 Lake Norman is known for the run and gun. Due to the vast number of cover options in both shallow and deep water, fishing a lot of water fast seems to be key to doing well on this particular lake. This is especially true in multiple day events like the Walmart FLW Tour Invitational presented by Lowrance, which is a three-day event. With each passing day, single spots or “holes” seem to give out of fish and those who run and gun across a lot of water start to gain an edge.

Which might explain why after day two, Scott Canterbury from Springville, Ala., now holds the lead. Canterbury is a master at the junk-fishing game – he keeps the trolling motor on high, keeps a bait wet and attacks anything and everything that gets in his way with a thousand casts. 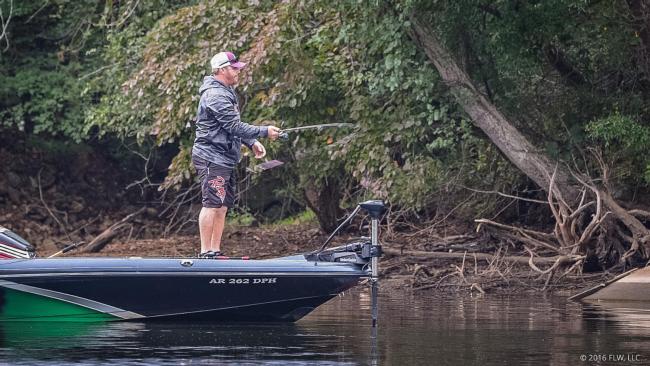 The Quaker State pro has been starting his day in a few key stretches in current. This is the only time he really slows down, picking apart select pieces of cover until he gets a limit. Once he has a limit in the box, he kicks his water-coverage campaign into high gear to upgrade by a couple of pounds.

“I’ve got a primary area I’ve been starting out in where I’ve caught a limit each day,” Canterbury says. “I have to fish it real slow with more finesse type stuff, but it’s not replenishing. I caught 16 keepers there yesterday and only 8 keepers today, so that tells me it’s sort of fizzling out. And there’s not much of it, either. It’s just a couple of key stretches and I can fish it all in just couple of hours to get a decent limit.”

That decent limit to get the day started is a critical part of Canterbury’s game because it allows him to totally commit to his run and gun, which is short on bites, but better on quality, allowing him to upgrade.

“Once I leave my limit area, I’m just covering water with a buzzbait, targeting those bream-eaters on the bank,” he says. “I wish I could do that all day, but it just does not generate enough bites to totally rely on it. But if can just get a bite or two doing it, they are usually better fish. The last two days I’ve caught my biggest fish just running banks like that.”