Conditions and rules could lead to fantastic fishing 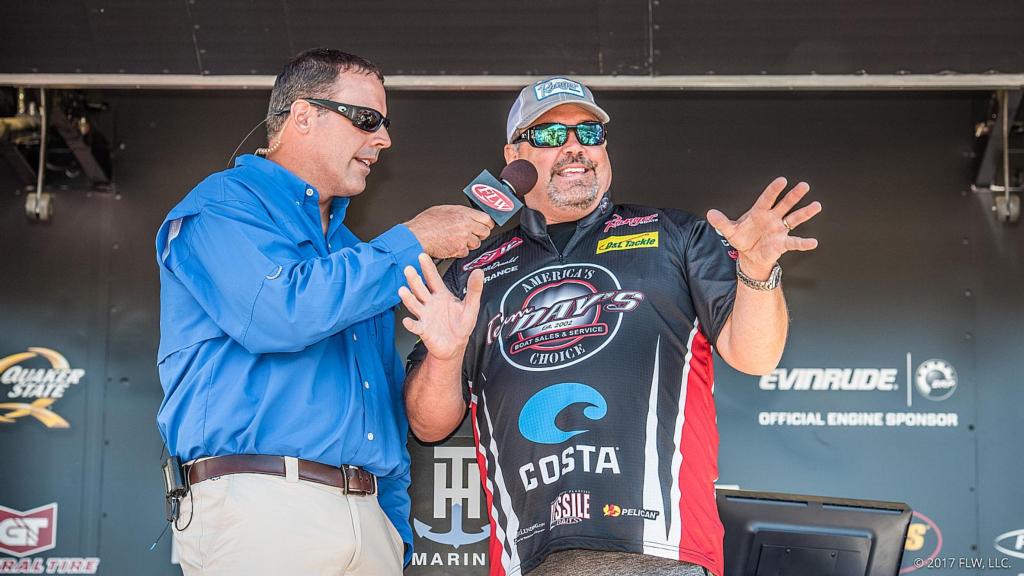 Lake Cumberland looks a little different than it did this time last year. Though the lake still has plenty of scenic bluffs visible, the tops of the flooded undergrowth that rims the lake are now submerged and the clear, green water on the lower end is stained. Stop No. 4 of the FLW Tour, which is presented by General Tire, will take place on a reservoir that is more than 12-feet higher than it was at this time in 2017 – Cumberland has essentially become a new body of water.

Chilly temps throughout practice seem to have put a damper on the fishing, but it’s still very possible that big things will happen. The water temperature was in the mid-50s as recently as last week, and it’s creeping back up to and perhaps past that level as the week goes on.

With extra water, extra color and some much-needed warmth, the lake could be primed to explode. 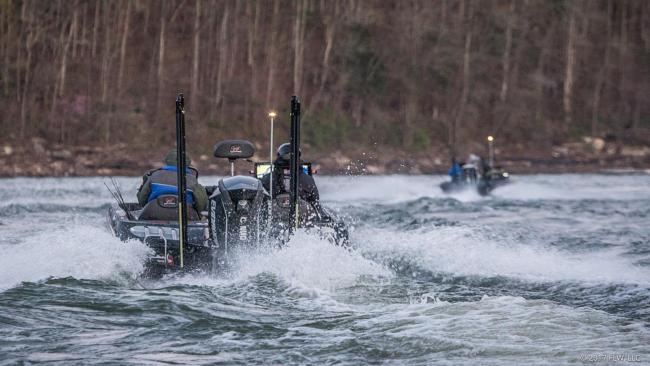 The highs for the first two days of the tournament are projected to be in the mid- to uppper-70s, but it’s been quite cold through practice. According to former FLW Tour pro Bill Day, who hails from Frankfort, Ky., and finished 16th at Cumberland in 2017, that should make the fishing pretty awesome.

“This cold weather has kept the fish prespawn and aggravated,” says Day. “Everyone is complaining about it, but it’s going to be maniacal the first day. When you have high water and it’s stained and slowly dropping, it’s just keeping fish from locking on the bed. They’re going to bite. If you like to throw a moving bait, you’re going to just have your way with them.

“I think three things dictate where fish are – the spawn cycle, the bait, and the water clarity. These fish want to spawn; they’re parked just outside the motel room. They may bite differently, they won’t bite like they would if it was gin clear, but Cumberland is going to be as good as it can be to show it off.”

Though Day figures that the fish will be moving with the changing weather conditions, he thinks that they’re going to really bite. So, dialing in on something specific for slightly bigger fish could make it possible to run a pretty exciting pattern and catch numbers. 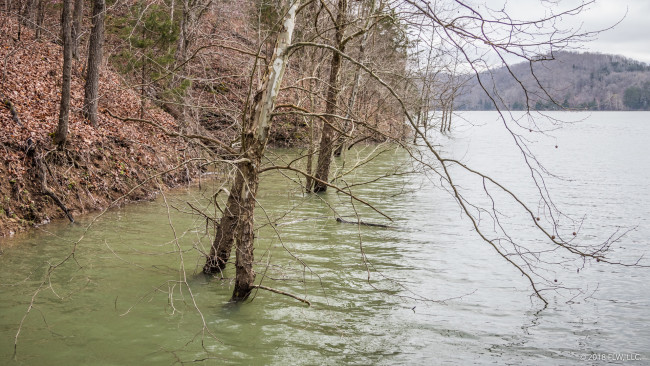 Higher water is a boon

Cumberland is currently flooded about 3 feet over full pool, but it isn’t ridiculously high by Cumberland standards. Mountain reservoirs in Kentucky and Tennessee go up and down a lot, and though there is a lot of flooded cover on the bank, there are plenty of stretches where the bank looks just like normal. The bigger factor is probably the water color – there’s a pretty solid stain through much of the lake right now.

“I had to drive down here the other day to move some furniture, and I kept looking at the water and I thought, ‘gosh, if that’s not spinnerbait water I don’t know what is,’” says Day. “Finally, I had to fish, and I caught 13 pounds in about an hour.

“The crazy thing about Lake Cumberland is that some of the biggest fish in the lake never see the bank because of the alewife population. But with the stained water, some of those fish are going to be susceptible – it would not shock me to see someone weigh-in an 8-pounder.”

Because of the stain and how perfect the color is for red crankbaits and painted blades, beating the bank could be a very good strategy this week. The water isn’t moving so quickly up or down that the fish won’t use the flooded banks, and their natural springtime progression is moving them toward the shallows for spawning purposes anyhow. 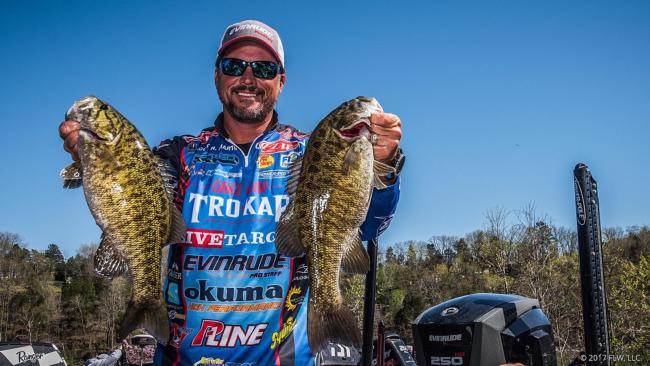 One of the most anticipated aspects of this event is the fact that due to a new limit the Kentucky Department of Fish and Wildlife Resources is testing, any bass over 12 inches can be weighed. That means that limits should be downright easy, as not only will anglers be free to pursue smallmouths less than 18 inches, but largemouths less than 15 inches are fair game as well. With that in mind, it’s fair to wonder if the strategy of shooting for a mixed bag like Scott Martin did in 2017 is still the way to go.

“The lower lake is smallmouth country, basically from Conley Bottom Resort on down. The best population is down there. Last year guys were targeting those fish, and they would do it kinda exclusively and would catch a largemouth that would come along for the party. If you’re going to target big smallmouth that’s the place to be, but you’ll catch some big largemouths and spots too.”

In 2017, Scott Martin fished specifically for a mixed bag, and it paid off for the win. This year, that could still be the way to go, but someone might be able to dial in on just smallmouths, or almost just smallmouths – and catch five pretty easily – with a chance at a big supplemental largemouth. 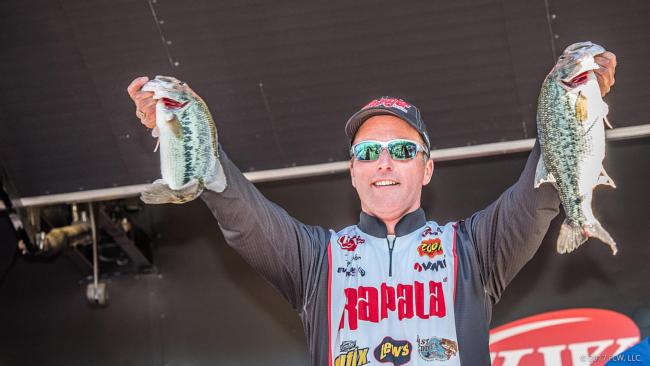 The weights should be even better

Last year, most everyone in the field was surprised by how good the fishing was on day one, and the fishing stayed really excellent through the weekend. This year, with a lot of extra quality smallmouths that can go in livewells, the finals stats should be even better.

Scott Martin won with almost exactly a 15-pound average, but this year due to the water conditions and the limit regulations, Day believes it’s going to take a 17-pound average to win.  If you go with some less optimistic, or perhaps more realistic estimates, it seems very probably that the winner will average more than 16 pounds, simply because there will be more fish prespawn and more smallmouths to keep.

“A lot of us have been there when it was horrible,” says Day of Cumberland. “I can remember many tournaments when 7 pounds got you a check. When we found out they were going to do a draw down, all of us were like ‘Thank you Jesus.’ We’re all happy and proud of it, because it’s a beautiful lake to go fish and the fishing is great now.”