Setting up a May showdown on the big Tennessee River reservoir 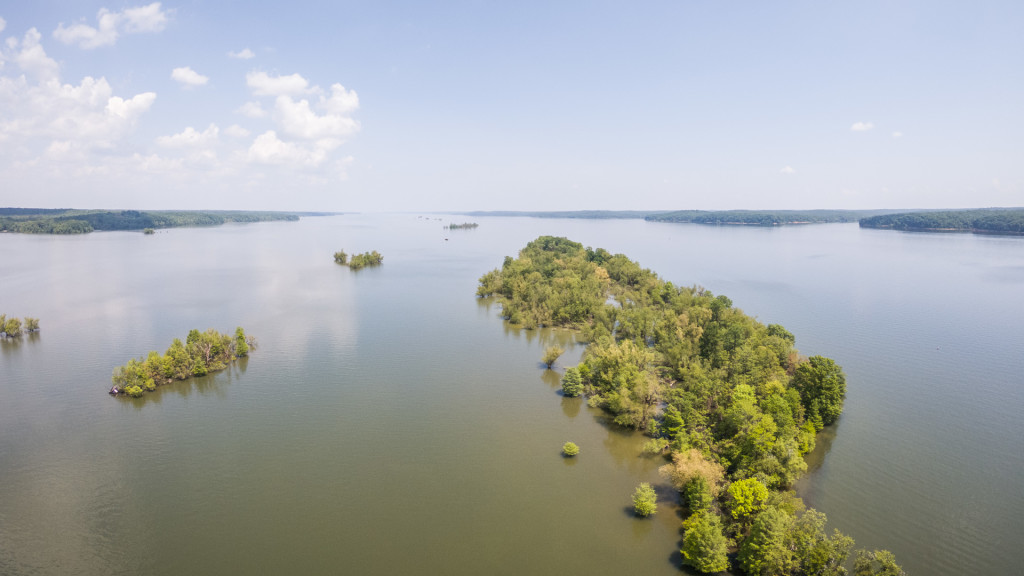 You might have heard that Kentucky Lake has carp in it, but this week’s FLW Tour event presented by Costa Sunglasses would be interesting enough without them. Because of the timing of the event and the state of the lake, it’s possible that, come Sunday, the top 10 isn’t filled with pros ledge fishing like usual.

Of course, that dream scenario actually coming to fruition is still a bit of a long shot. It’s not yet June, but Jason Lambert and Randy Haynes are in the field, and Kentucky Lake events are won offshore more often than not this time of year. 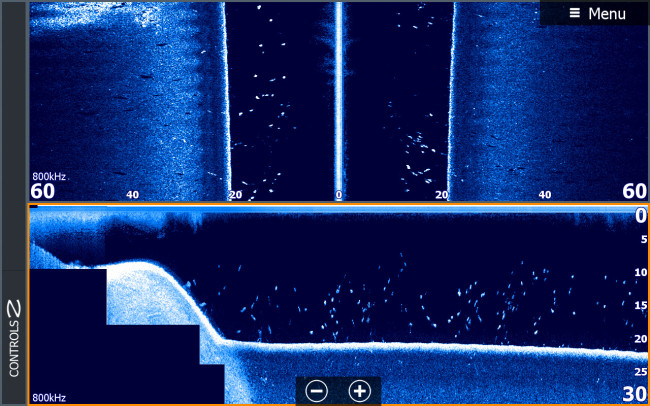 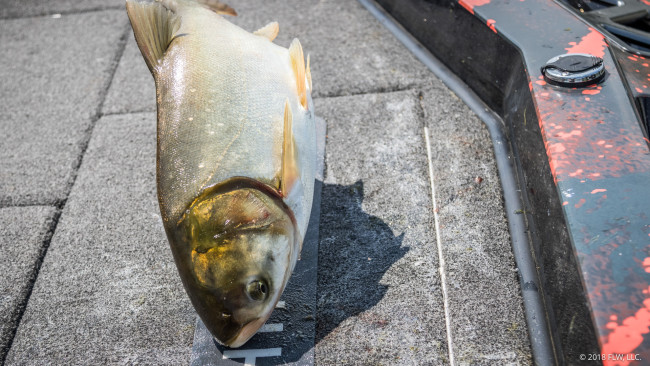 Currently, the most notable feature of Kentucky Lake is the population of Asian carp (a collective term for what are mostly bighead and silver carp). The invasive fish eat plankton and have dramatically altered the species makeup of the lake. Contrary to the screenshots on social media, there are plenty of places without many carp, but there is an overwhelming number in many areas.

There’s a lot of speculation about the effects of the carp on the shad and bass populations, but everyone agrees it’s become harder to find bass. In days gone by, a well-educated angler could spot bass on StructureScan and DownScan fairly easily, and now the task is a lot tougher due to the carp getting in the way.

Though winning weights haven’t been bad on Kentucky Lake this year, the overall quality of the fishing has been lacking. Of course, this spring hasn’t been very normal from a weather perspective, so making a direct comparison to years past is hard. In all likelihood, this Tour event and the upcoming Costa FLW Series event on Lake Barkley will tell us a lot about the state of the fishing. 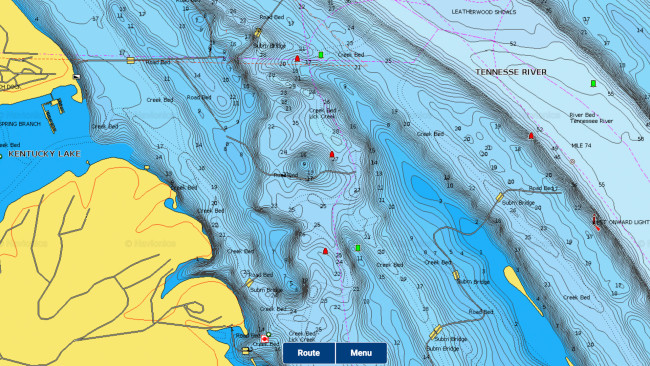 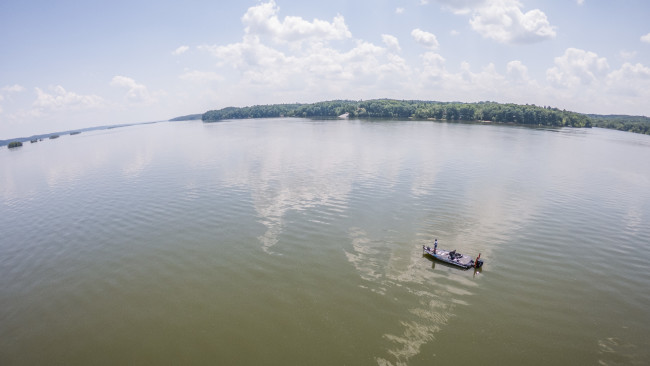 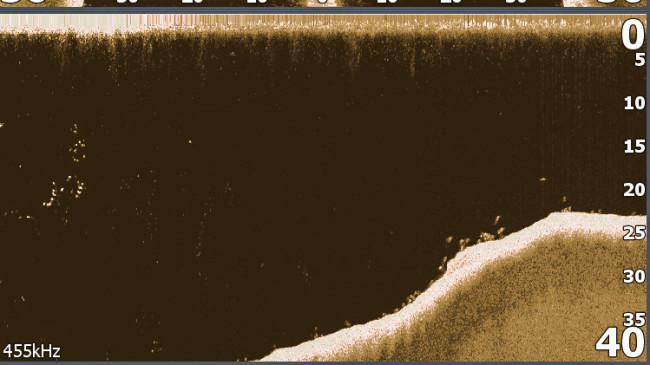 If you’re born and raised on the Tennessee River, ledge fishing isn’t a foreign term at all, but it isn’t exactly intuitive if you aren’t from here. “Ledge” refers to almost anything offshore on the Tennessee River that used to be dry land before being flooded. Kentucky Lake has an exceptional quantity of fishable ledges due to the fact that it’s more than 100 miles long and nearly the entire west side of the lake is fairly shallow, with tons of secondary creek channels, shallow bars and other places for the fish to get on in addition to the main ledge where the Tennessee River channel runs.

Anglers have fished ledges on the Tennessee River for years, but the progression of fish-finding technology over the last 10 years or so has made it increasingly easy to find and target bass on ledges. StructureScan, GPS and good mapping have come a long way toward making the fish more accessible for the average angler. That’s very fun, but it has led to a lot more pressure on the bass throughout the summer than they probably received in the ’90s. It’s also made summertime tournaments on the Tennessee River a little paint-by-number unless some new bait like a Magnum Spoon breaks out.

For this tournament, ledges are definitely expected to play a role, and the offshore bite might improve as the tournament goes on. When practice started, not many fish were out offshore yet, but the hot weather during practice pushed more out as the week went on. Typically, hot and sunny weather is best for ledge fishing and for moving fish off the bank, and though the weather for the tournament isn’t really forecasted to be too hot or sunny, the natural progression of time should keep more fish moving out.

That said, though some really good bags will come from offshore, don’t expect a massive ledge tournament to develop. The fishing is too different, and we’re here a little too early for simply everyone to smash them on the ledges. 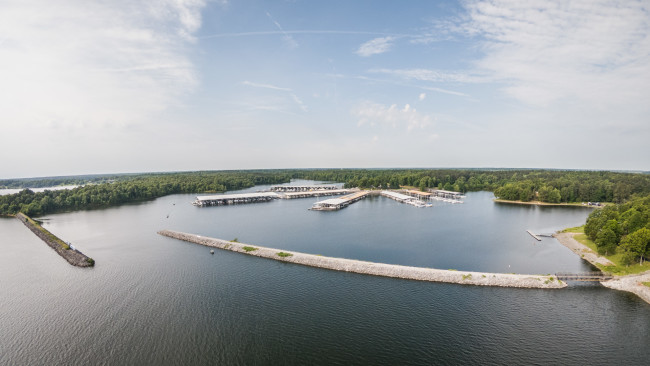 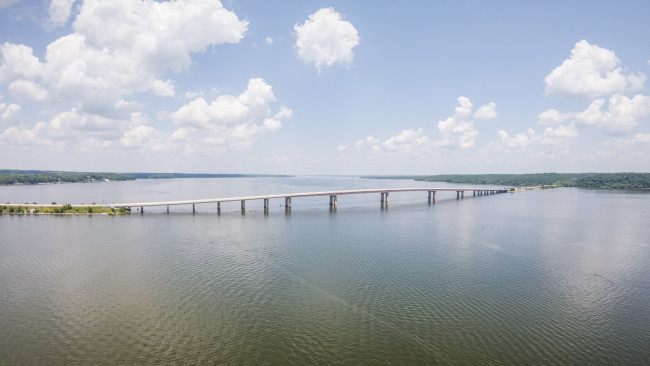 Taking off at Kentucky Dam State Park, the pros will have the run of both Kentucky and Barkley lakes. Kentucky Lake spans 100-plus miles to the south, so there is plenty of potential fishable waters, and it’s where most of the pressure is likely to be applied.

Roughly 40 miles south of takeoff is Paris landing, and we’ll probably see the majority of anglers fish between there and takeoff, with some venturing farther south. The first 10 miles or so south of Paris is a known ledge area, and though running 50 or more miles is a lot, it wouldn’t be any kind of surprise to see the tournament won there. Another attraction near Paris is Big Sandy Creek, which has some excellent ledges in front of it and is one of the largest tributaries on the lake.

Running all the way down to New Johnsonville, Tenn., is an option as well, but it’s unlikely that more than a handful of pros will go for it. Putting together a 70-plus-mile run means burning a lot of time that could be spent fishing. 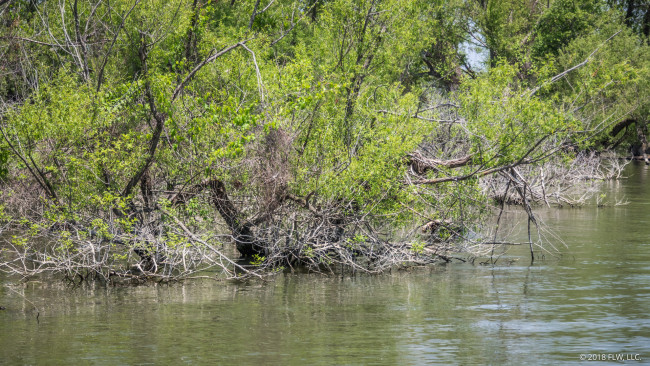 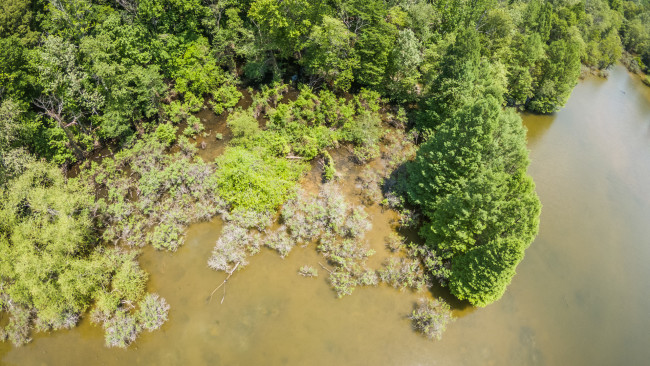 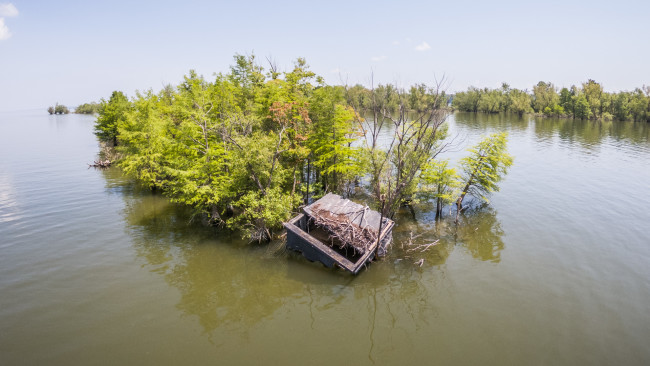 Kentucky Lake is currently just a little bit below summer pool, which leaves a fair amount of flooded cover in the water, but not really a ton of good cover to flip. In the spring, high water in the bushes can be paradise, but that simply isn’t the case now. There are some shallow options, from duck blinds and willow grass to the remnants of the bushes in the water, but it isn’t super prime. Nevertheless, there are going to be fish caught shallow this week, and a lot of them will come from around partially flooded cover. 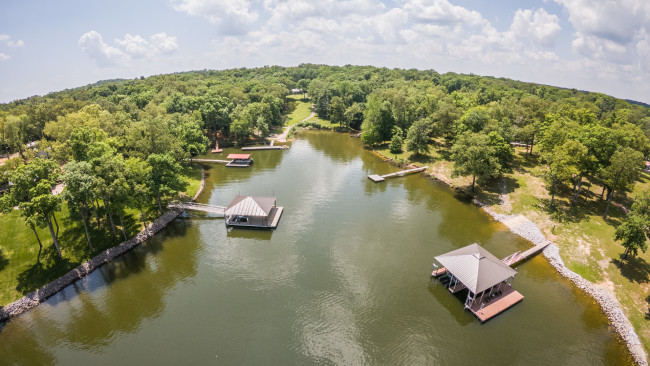 One feature of Kentucky Lake that could get a little more pressure than usual this week is docks. Kentucky isn’t known as a dock lake, but there are a fair number of them, and they provide excellent cover for bass recuperating from the spawn, guarding fry or chasing bluegills. 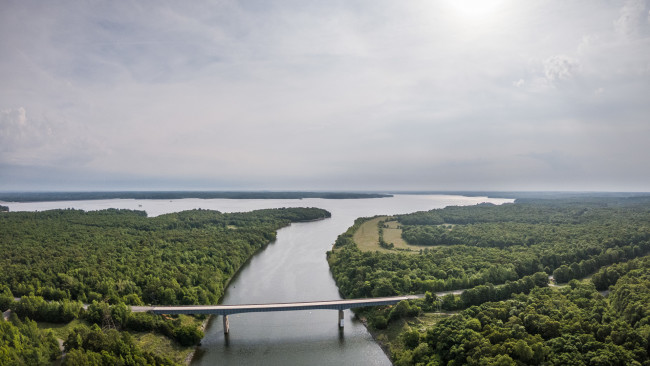 The final non-ledge player this week could be Lake Barkley. Connected by a canal a few miles from takeoff, the lake is easy to reach if pros want something different. Currently, Barkley is warmer and a little dirtier than Kentucky Lake, but it offers more robust shallow options than her sister lake does. In years past, it wasn’t uncommon for a top 10 or two to come shallow on Barkley, and that might happen again this week.