The ledges are loading up on the Tennessee River 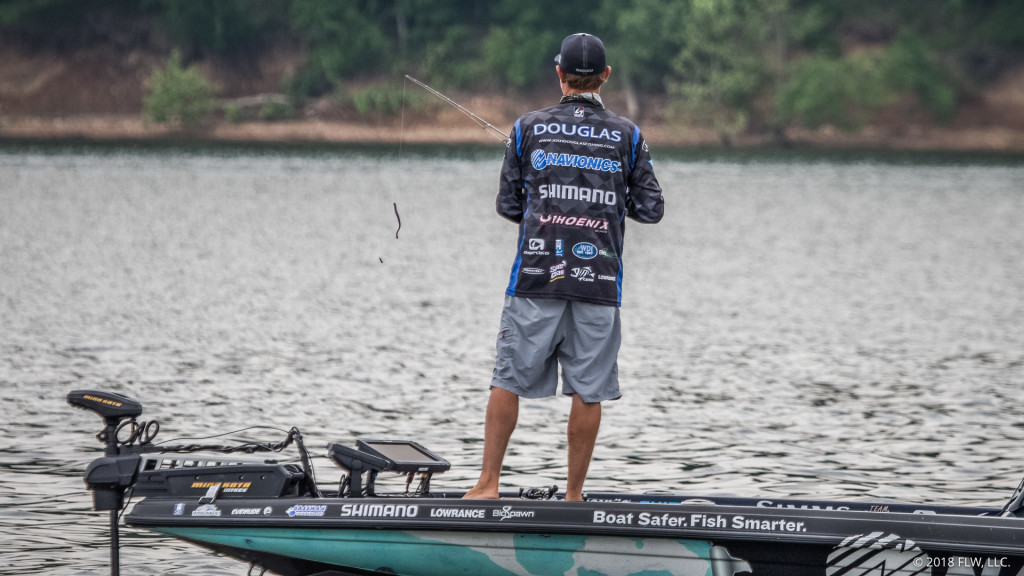 Kentucky Lake is certainly putting up more of a challenge than normal for the middle of May, but the weights near the top of the standings on day one of the FLW Tour event presented by Costa Sunglasses still rival what you’d see from many of the top fisheries in the region.

Mississippi pro Randy Haynes leads the way with 26 pounds, 3 ounces that he caught using a Z Boss 22 deep-diving crankbait. Jason Lambert is right on his tail, but he’s not the only one within striking distance. Haynes claims he’s unsure if he can repeat his day-one success tomorrow, meaning anyone near the top of the standings could steal away his lead.

Tomorrow we’ll get to see whether Haynes and Lambert – easily the top two ledge anglers in the country – will be treating fishing fans to an old-fashioned slugfest showdown. 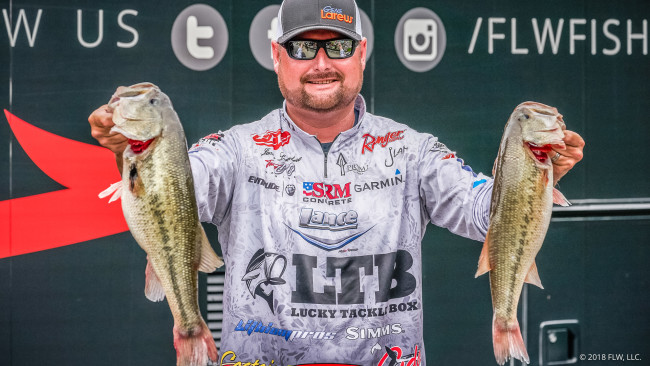 Jason Lambert weighed in early at Kentucky Dam State Park, and he set the bar awfully high right from the start. His 24 pounds, 6 ounces has him in good shape to defend his 2016 Kentucky Lake FLW Tour title.

Lambert had a couple solid outings in practice. He also had a dud of a day, leaving him concerned about whether or not the fish would show up where he knows they usually are this time of year. The Tennessee pro wasn’t sure what kind of weight he’d have, but he’s obviously pleased.

“When you catch a big bag like that, it does give you a little breathing room if you slip up [on day two],” Lambert says. “It’s just not transitioned as much as I want.”

“I didn’t really fish a whole lot the rest of the day,” he says. “I just got on the right couple spots.”

He has at least a couple good areas ready for tomorrow, including a shallow ledge he didn’t fish today and some spots where he marked fish but couldn’t get them to bite. He hopes to see his spots load up with better numbers of bass than what he saw today.

“The place I started on this morning, there are more there, but they’re little guys,” he says. “I also got on one good school. I swapped out a 3 3/4 for that 6, then left them biting.

“You would think every day you’d be able to find two or three new places. I just found that one.”

Lambert worked about 50 miles worth of water today and caught his weight with a Castaic Jerky J on a Scrounger Head, a bait he’s used to make a mint with over the last few years, and the one that produced most of his 2016 win.

Lambert will have a later boat number on Friday, which might impact him a little since he’s sharing some of his best areas with other pros. In particular, one of his better spots was worked over pretty hard by another top-10 angler.

“I’ll probably go farther [from takeoff] tomorrow,” he adds. “I don’t think I can back up 24 pounds, but I think I can get another good bag.” 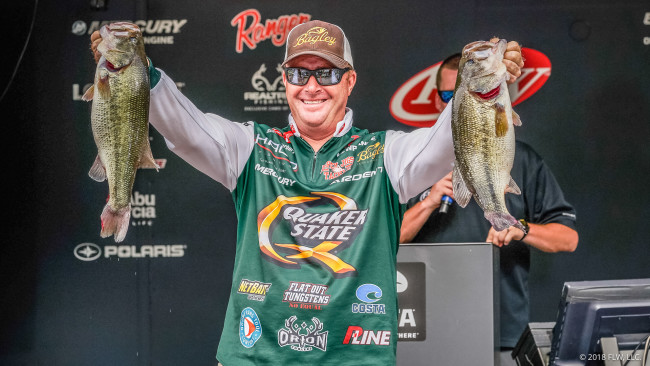 Of the anglers in the top five, Canterbury is the only one to spend most of his day on Lake Barkley, which is the sister lake to Kentucky Lake. He ran over there in the morning and caught some fish flipping bushes. But it was offshore schools that he stopped on in the afternoon that boosted him over 20 pounds. He weighed in two keepers caught from bushes and three caught offshore.

Based on what Canterbury saw this afternoon, you can expect him to change his strategy on Friday.

“I didn’t run many [ledges] today, but I’m going to run a lot more tomorrow because now I see what I can do out there,” he says. 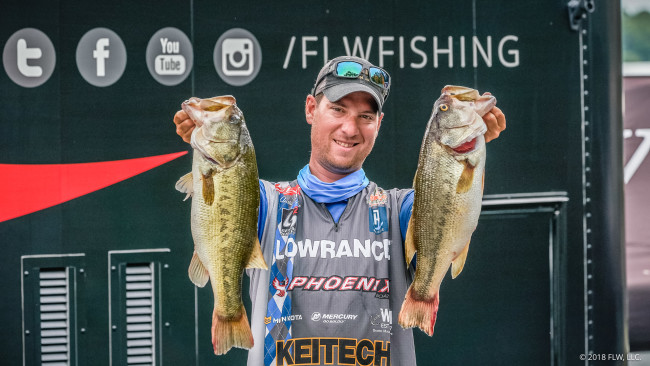 No one was more surprised that Austin Felix caught 19 pounds, 13 ounces today than him.

“I legitimately caught only three bass in practice; one each off of three spots,” Felix says. “I went to the spot where I caught the biggest one and caught three, including a 5-pounder. Then I went to the second and caught nothing. I filled my limit on the third.

“Then I ran back to that second spot where I didn’t get bit and caught a second 5-pounder.”

Because of how few bites he got in practice, Felix decided to stay close to takeoff in order to maximize his time. He says he’s still unsure of what’s going on out there, but thinks – and hopes – more fish might be moving into his areas soon.

“They’re still postspawn. I caught one that didn’t have a bloody tail; it had a bleeding tail. But I could blank tomorrow.” 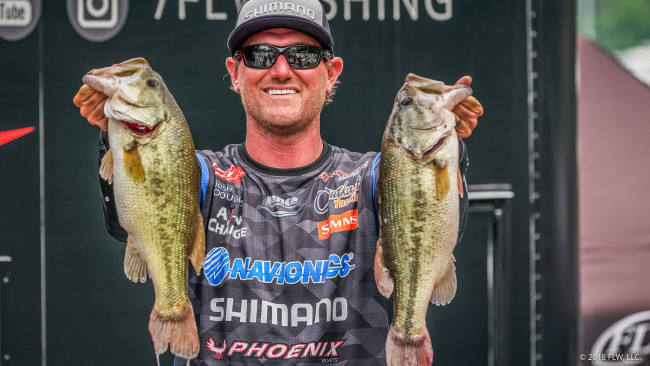 The strategy that worked for Josh Douglas today was to “hunker down.” He started the morning hitting a few spots that produced nothing. Once he landed on what turned out to be his best spot around 9 a.m., he never left it.

“I had some awesome anglers around me that were very respectful of my spot,” Douglas says. “It’s pretty distinct. It’s one little spot I was trying to fish there.”

Douglas caught a limit quickly when he arrived, but it slowed down to the point where he was catching one here and one there later on.

All week he’s been relying on his experiences fishing Lake Chickamauga, where he lived for a short period of time and learned about Tennessee River ledge fishing, and his experience living near Mille Lacs in Minnesota, where he learned how to catch schooling fish by targeting the lake’s population of big smallmouths. Based on the skills developed on those two fisheries, he’s been able to find fish that are replenishing and trigger the schools to bite.

“I think there are more coming,” says Douglas. “That was my goal: to set myself up to fish for fish that are coming to me, not going away.”

Most importantly, he has additional schools located that, should he not be able to mine the juice on his day-one ledge again for a second day, he can fall back on tomorrow.