Rose gets the job done on the Tennessee River 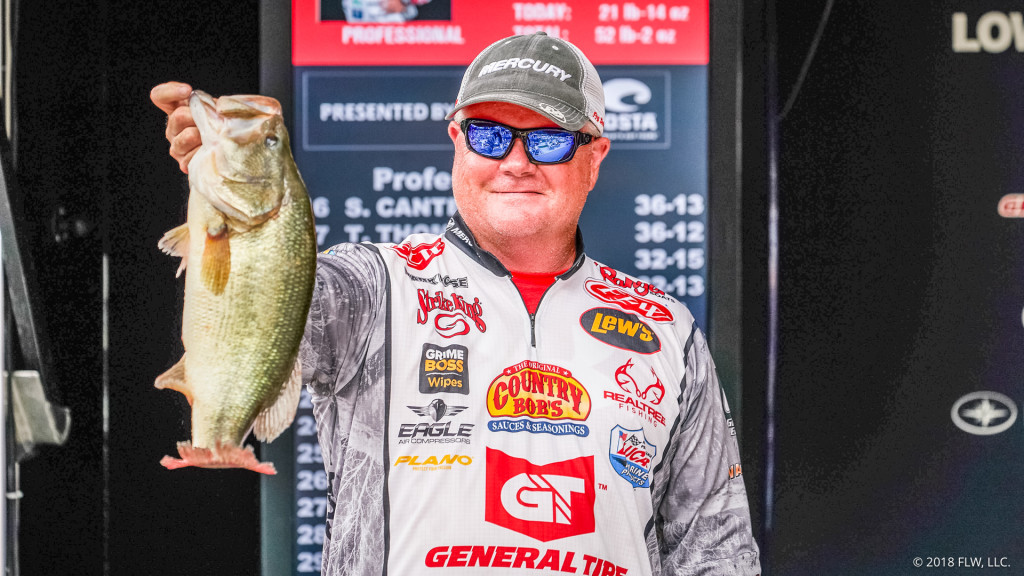 Prior to the sixth stop of the 2018 FLW Tour on Kentucky Lake, nobody had managed to lead the Pennzoil Marine Angler of the Year race for more than one tournament at a time. First it was Tim Frederick, who won the opener. Then Chris Johnston took over at the Harris Chain. After Lanier, the young Jared McMillan was in the lead, but he ceded it to Bryan Thrift at Lake Cumberland, who in turn handed it to Mark Rose at Smith Lake. Now, with Rose knocking down a top 10 at Kentucky Lake, the flip-flopping at the top might be over.

The last event of the regular season is June 28-July 1 on St. Clair, and it sure looks like one of the most decorated anglers in FLW history will be taking home his first AOY title.

Here’s the rundown of who’s in contention. 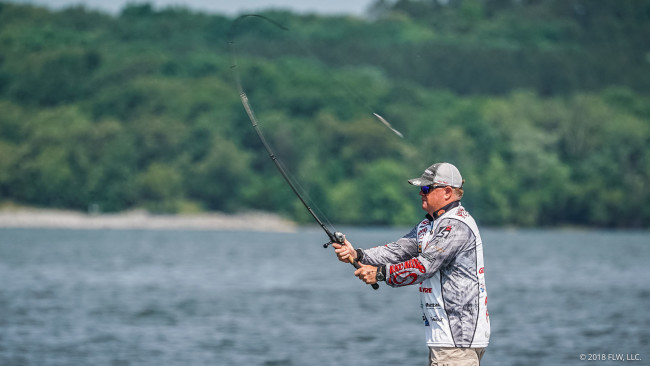 If you caught Mark Rose any time before weigh-in on day two at Kentucky Lake, he would have been pretty despondent. A four-fish effort on day one had him lower in the standings than Bryan Thrift and Chris Johnston, and it sure looked like he might hand over the lead before ever getting to St. Clair. On day two, Rose cracked 17-15 to surge up the leaderboard and make the top-30 cut. On day three, he moved into the top 10, and on day four had another decent day on the ledges to finish fifth.

Rose didn’t really get there like everyone expected, but the end result was right on par for the Tennessee River master – yet another top 10 on the ledges. Now, Rose has a 64-point cushion between him and Scott Martin and an 85-point edge over smallmouth master Chris Johnston, who, if he was a little closer, would be a major threat heading to St. Clair. In short, Rose now has the inside track to his first Angler of the Year title.

No matter how well the others perform on St. Clair, Rose would have to do quite a bit worse than his history suggests to give up the lead. Back in 2005 Rose earned the Angler of the Year title in the Midwest Division of the Costa FLW Series and finished 12th and 19th in two stops on the Detroit River. This year, his worst finish is 62nd. Barring disaster, he’ll likely hoist the Angler of the Year trophy after weigh-in on day two. 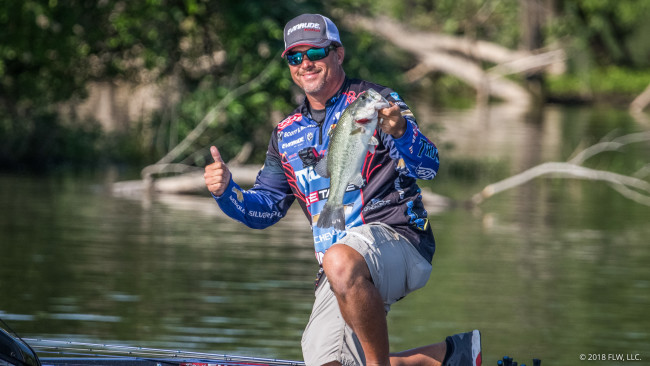 Finishing second at Kentucky Lake moved Scott Martin up the leaderboard a lot, but it didn’t gain him much ground on Mark Rose. Martin has had an under-the-radar season for him, and that kind of continued at Kentucky Lake due to Jason Lambert’s heroics and the Randy Haynes storyline. He’s got a shot to end the season with a bang.

Martin has historically been good up north and is one of the most versatile anglers on Tour, so St. Clair should suit him well. If Rose does slip up, expect Martin to be in contention for his second AOY title, and perhaps another Tour win. 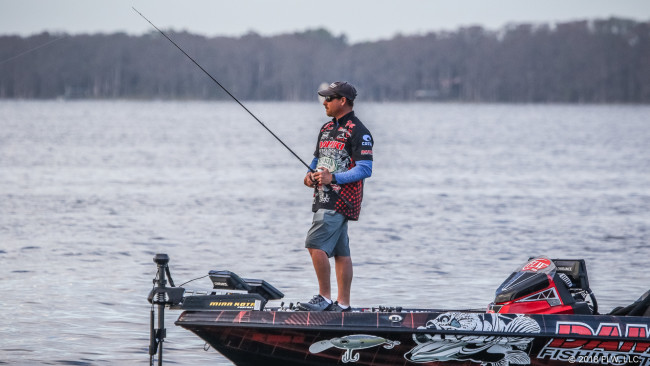 Fishing 56th at Kentucky Lake earned the Carolina pro $9,200 but put him behind the eight ball in the AOY chase.

Catching back-to-back small limits extended his consecutive limits record, but 72 points is a big margin to make up in just one tournament. Sure, Bryan Thrift can do anything, but going to a fishery he doesn’t have much history on to chase smallmouths and beat Mark Rose by a wide margin is a tall task. Of course, Thrift is in pretty good shape to lock up his 10th top-10 AOY finish in 12 years on Tour, so he’s doing pretty well for himself either way. 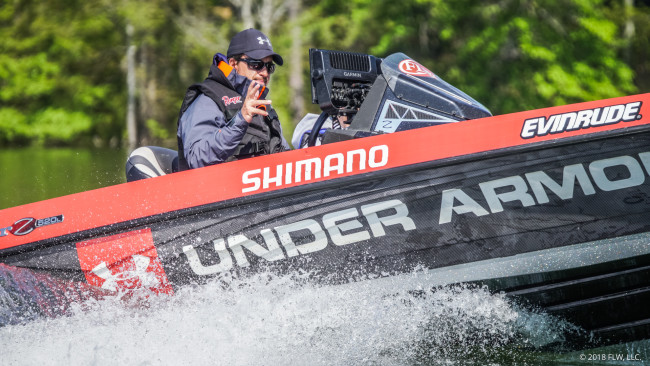 Chris Johnston did great on day one at Kentucky Lake, weighing in a limit for 15-2 and sitting above Mark Rose in the standings. Only bringing in three fish on day two dropped him like a rock to 72nd place. It’s probably too long a shot at this point, but everyone wanted to see Johnston in contention going into St. Clair. Between them, the Johnston brothers – Chris and Cory – are smallmouth fanatics, and it would have been downright scary for the leader to have Chris within a handful of points.

He’ll undoubtedly fish hard and be in his element at St. Clair, but Chris is going to need a lot of anglers to crash and burn in order to come out on top of one of the most topsy-turvy AOY races in recent memory. 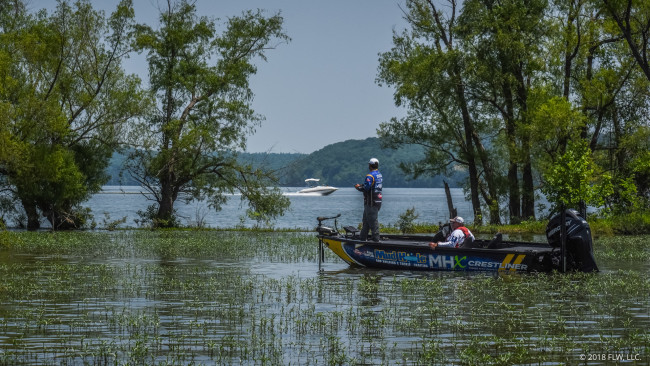 Back-to-back top-10 finishes have rocketed John Cox up the standings and will likely earn him his third top 10 in the points. Fishing shallow at Kentucky Lake, he showed off the ability that makes him so dangerous: He always makes the most of whatever is on the bank. Cox is prepared for St. Clair with a new deep-V aluminum rig, and he’s actually caught ’em there before. There’s really no telling what will happen up north for Cox, but you can be sure he’ll have a smile on his face the whole time.