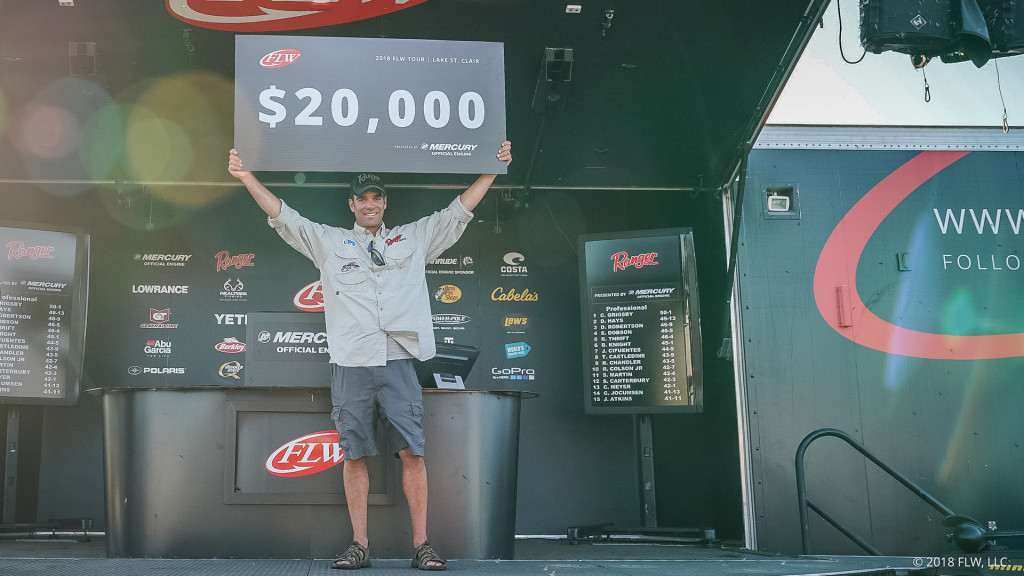 Back in 2011, Mark Myers finished second in a Costa Series event on St. Clair thanks to losing the winning fish in the final hour of the event. Seven years later, he kept that late big one pegged and got his redemption.

The Cedar Falls, Iowa., co-angler stuck a 5-pounder in the last hour to cull out a 3-pounder, giving him 42 pounds, 4 ounces. That proved to be 1 pound better than Billy Messer, giving Myers his sought-after win.

“I love this lake since I grew up in the area fishing it,” Myers says. “Plus, this is my 100th FLW event. So this is a good way to celebrate that.”

Myers got his tournament started fishing with pro Darrel Robertson. Fishing out deep with a drop-shot and Ned-rigged Z-Man Hula StickZ, he quickly caught 23 pounds, 9 ounces to take the co-angler lead after the first day.

On day two, he drew Cameron Gautney, who was fishing much shallower.

“We were sitting in maybe 10 feet, and I couldn’t really get anything to go fishing normally,” Myers says. “Fortunately, it was flat calm, and you’d see smallmouth come up and slurp mayflies off the surface. Whenever I saw that, I’d cast over and they’d usually eat it on the fall or if I hopped it once on the bottom.”

The mayfly eaters gave him a decent limit, but it was a switch to a tiny Berkley Gulp! Minnow on a drop-shot that produced the key 5-pounder to seal the win. 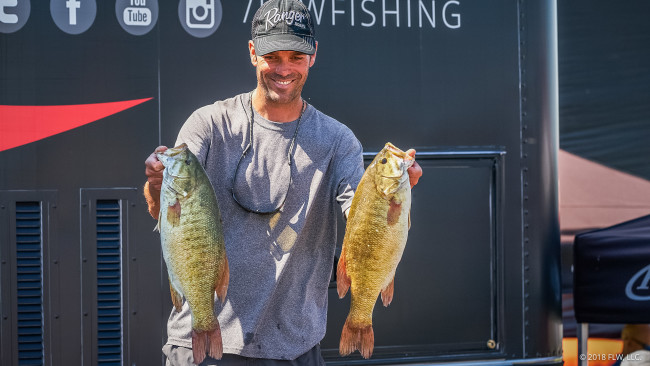 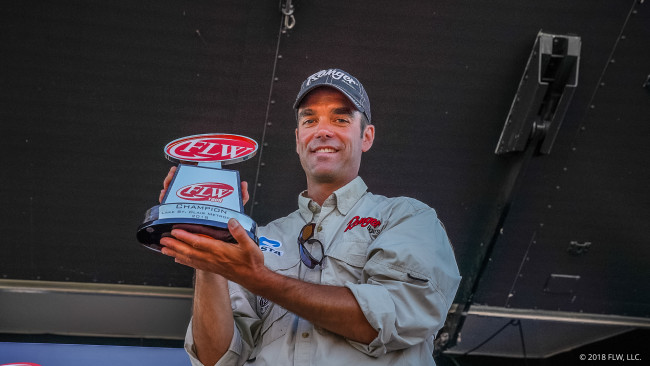