Deep or Shallow on Ouachita?

Either pattern could be in play at the Forrest Wood Cup 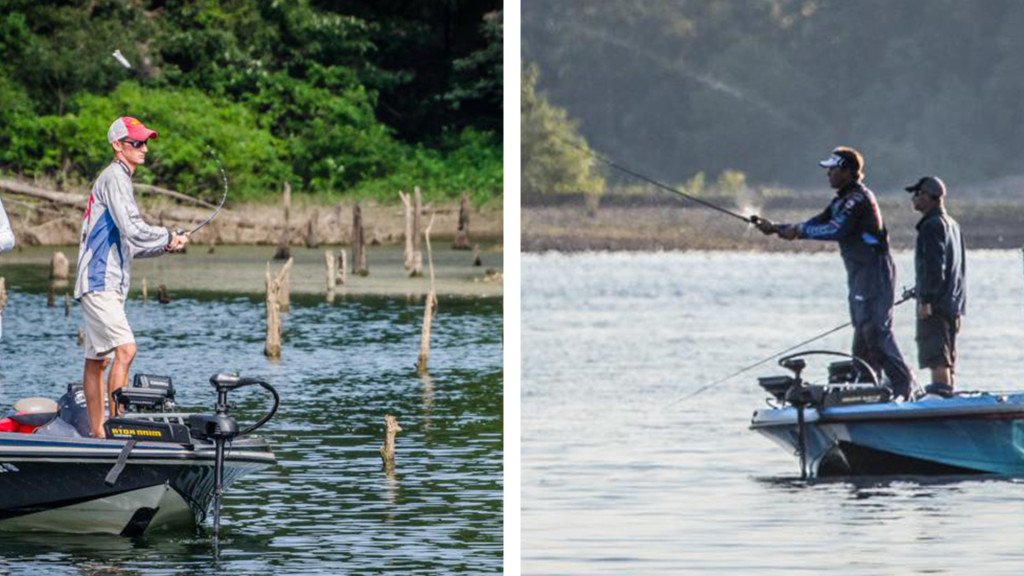 As far as fishing patterns go, the biggest decision in front of the 56 pros who qualified for the Forrest Wood Cup on Lake Ouachita is whether to look deep, shallow or both in the four days of official practice leading up to the main event Aug. 10-12.

If history tells us anything about Ouachita, which has hosted three Cups already, it’s that without a doubt good sacks of fish can be caught offshore and on the bank. More money has been won on the deep bite at Ouachita thanks to Scott Suggs (2007) and Scott Martin (2011) both winning Cup titles offshore. However, the most recent Ouachita Cup, in 2015, was won by Brad Knight in the back of a creek from 2 to 3 feet of water.

So, what pattern will prevail this time around? Will it be won offshore with schooling bass or fish relating to deep brush and structure? Or will a shallow-water specialist tap into a big-bass pattern in the creeks?

No one has a better idea of how it’ll go down than the locals who call Ouachita home. We checked in with a couple of them to get some insight on how the biggest tournament of the year might unfold. 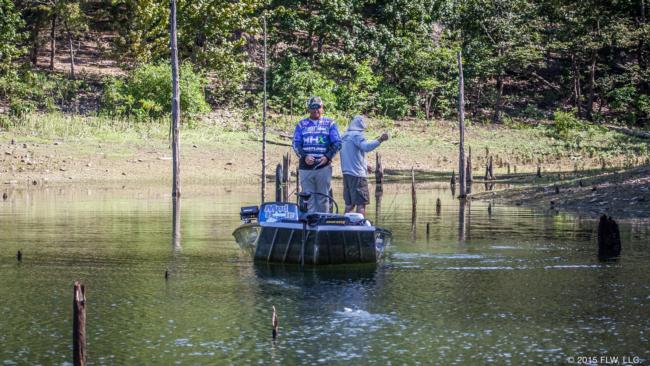 Based on the fishing reports, Ouachita has been fishing strong throughout most of the year. Suggs, who won the Cup on Ouachita back in 2007, lives just up the road from the lake, and he agrees that the lake is in great shape.

“There are more bass in the lake right now than there ever has been before,” Suggs says. “The lake is fishing better this year since the spawn than I can remember in the last 15 years.

“Before the spawn it was taking 24 to 27 pounds to win tournaments [on Ouachita]. Since the spawn, 17 to 19 pounds has been kind of the norm. Of the eight major tournaments I know of, six of them were won up shallow.”

Despite such high praise for the shallow-water prospects, Suggs is skeptical about the ability of the bank bite to support a winning bag for three days in a row in mid-August.

“There isn’t as much grass up in the creeks as there was the last time the Cup was here,” Suggs continues. “It seems like you need to weed through a lot of little ones before you run across a good fish. But, the grass has grown up a lot better out on the main lake, and you can find some better quality out there.”

Size might be hard to come by in the backs of the creeks and pockets that line the lake, but that doesn’t mean there isn’t plenty of food up shallow to encourage big bass to live there, says local guide and T-H Marine FLW Bass Fishing League competitor Chris Darby.

“For the last few days I have seen a lot more bluegills up on the bank; more than usual,” Darby says. “I’ve also been seeing a lot of shad in the backs of the creeks with fish busting on them. The problem is that you may go half a day before you catch a fish. You need to cover a lot of water up shallow and hope to run into wolf packs of bass.”

Aside from sparse clumps of hydrilla, wood – mostly laydowns – is the primary cover for bass up shallow. There aren’t many docks since the vast majority of the lake is undeveloped.

Whether or not the shallow bite stays viable through the tournament could also hinge on the water level. The lake has been slowly falling.

“We’ve had some really hot days down here over the last few weeks, and because of that they have been pulling water to generate electricity,” Darby explains. “I’d say the lake has fallen a foot or so in the last couple weeks. The lake generally falls an inch or two per day when they generate.” 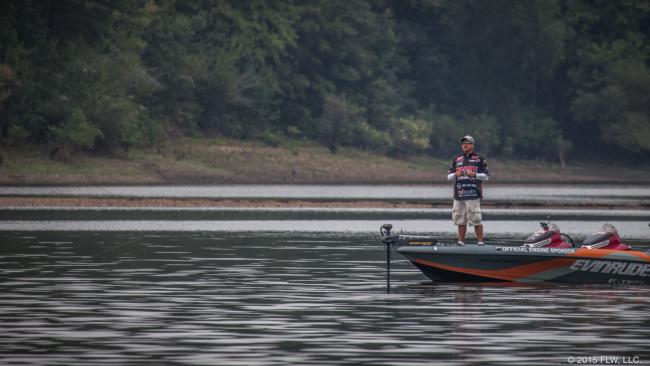 Darby and Suggs agree that the offshore bite has been growing stronger with each passing day.

“I really feel like the lake is setting up perfectly for the first time since I won the Cup for someone to catch them out in the trees [standing timber],” says Suggs. “Those fish that suspend out over the flooded trees can be so hard to figure out, but these guys are good enough to do it. I think this will be the first in a long time that the main lake itself plays a big role.”

Suggs won the 2007 Cup fishing flooded timber in 40 to 80 feet of water by rolling a spinnerbait across the tops of the trees about 25 feet down. He also dragged a big worm. In 2011, Martin won his title with the help of a 1/2-ounce Fish Head Spin paired with a swimbait for suspended bass and a 10-inch worm he worked through brush piles. Two different years, two different anglers and one simple formula: Find pods of fish relating to offshore structure and bait, and you can get right quick. That’s why Darby spends most of his time taking clients out offshore because that’s where the numbers are best and the average size is stout.

“I’m starting to see more fish out deep,” Darby adds. “The deep trees are definitely going to be a factor, and brush piles will be a huge thing, too, especially for big fish.

“I’ve also been seeing a ton of 3-pound spotted bass this year. There are a lot of good-sized spots in Ouachita now, and I wouldn’t be surprised if someone catches 15 pounds of spots.” 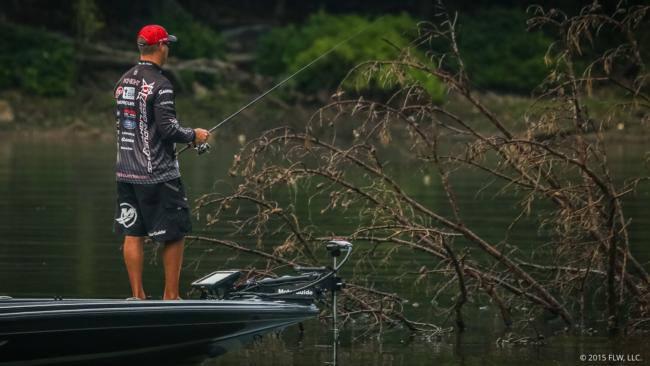 According to the locals, the offshore bite is gaining momentum and could be the way the tournament is won. Yet Suggs and Darby also know that good bites can be had up shallow too. A mix of both might be the real winning recipe.

“If I was fishing in this event, I would start my day running the bank, and after the sun got up I’d have a milk run of brush piles to hit,” Darby says. “I really do think whoever wins will fish shallow and deep throughout the tournament.”

“There are fish to be caught both ways,” he says. “I think the winner will know when to go shallow and when to go deep. There are certain conditions that make each approach better, and whoever can adjust day to day and be the most versatile will win.”