Alabama pro up by 1 pound, 2 ounces over LeBrun 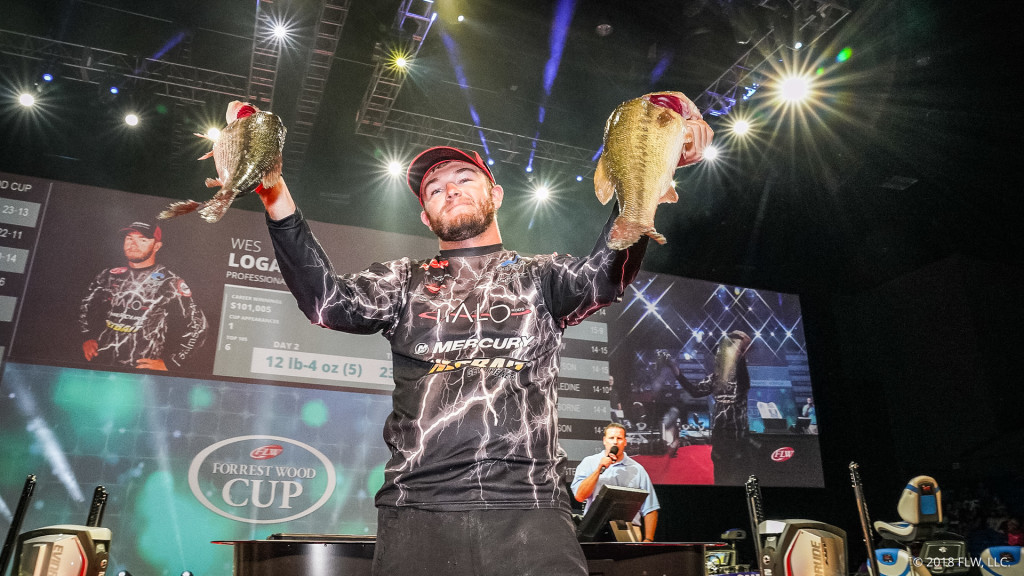 After two days of fishing, pros are usually pretty dialed in on their patterns. Not this week. You’d be hard pressed to find a pro who feels confident in any sort of pattern on Saturday at the Forrest Wood Cup on Lake Ouachita.

Case in point, day-one leader Alex Davis brought a lone fish to the scale today. Nick LeBrun, who was in second on day one, only caught three keepers. He was fortunate one of them weighed more than 6 pounds, which helped him stay in second.

At this point, even new leader Wes Logan is unsure if he’ll catch another fish with how random and tough the bites have been on Lake Ouachita. His catch thus far is 23 pounds, 13 ounces, including a 12-pound, 4-ounce bag that was the largest of day two. He has a 1-pound, 2-ounce lead over LeBrun going into the final day.

“I’m just going with my gut, and so far it’s been right,” Logan says.

The Springville, Ala., pro has been running a two-pronged attack up shallow and out deep.

Two key offshore spots in 17 to 25 feet of water have been more consistent. He’s been able to catch multiple keepers there each day.

The shallow pattern is a lot more random. He doesn’t know where he’s going to go at any given moment.

The end result has been him catching 10 keepers each day. 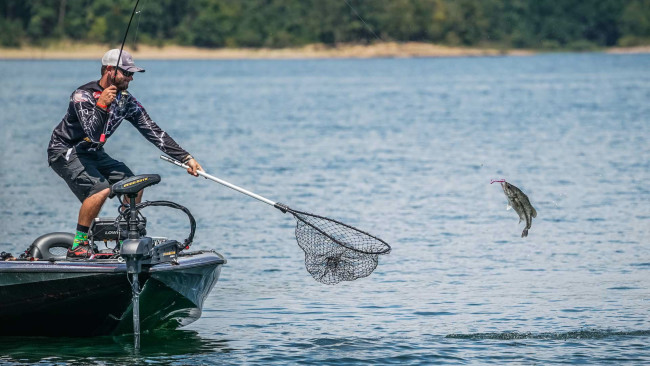 As for Sunday’s final day of competition, Logan doesn’t even know where he’ll start. While the deep bite has been more consistent, he’s not getting any big bites out there, and it seems to be better in the afternoon. That leaves him probably going shallow, but where is anybody’s guess.

The “anybody’s guess” part could be said about who’s going to win this event too. With such unpredictability in the bites and weights, most every pro in the top 10 has a shot to win if he has a good day.

Still, considering he’s a rookie who’s never been to Ouachita, Logan is just quite pleased to be where he’s sitting.

“I’m obviously excited [about leading the Cup],” Logan adds. “But you want to be leading after the third day, not the second.”