Retired minister banks $2,500 and a great experience at Toho event 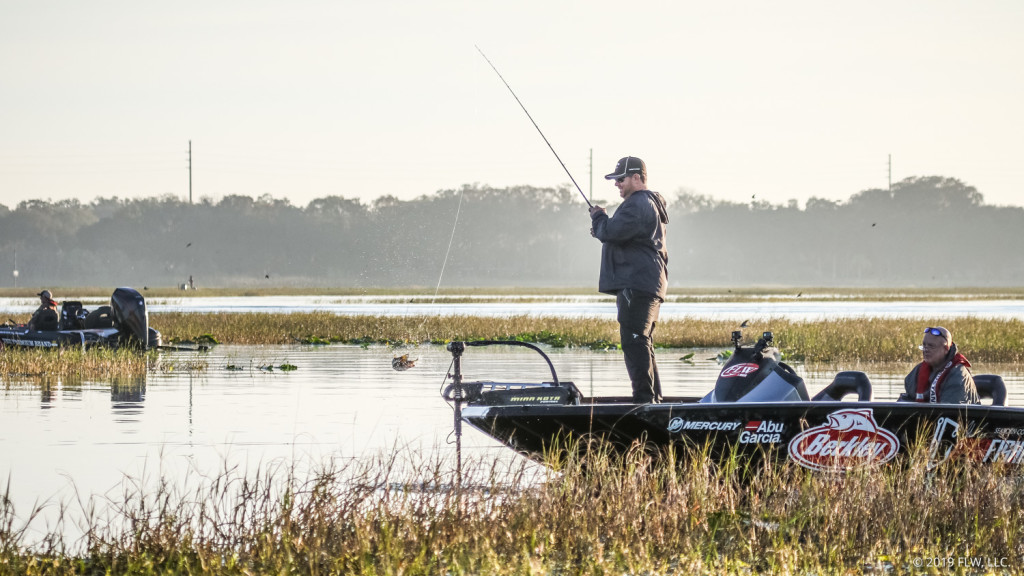 Retired minister Dan Hughes made the most money he’s ever banked in a fishing tournament — and memories to last perhaps even longer — all while watching FLW Tour pros land some monster fish in Florida from a front-row seat.

The 70-year-old Fitzgerald, Ga., resident was the winner of the FLW Tour Marshal program contest at the Tour’s second stop of the season at Lake Toho, presented by Ranger Boats. Paired with John Cox on day one and Chris Neau on day two, Hughes’ pros combined for 41 pounds, 10 ounces during his two days on the water to take home the $2,500 top prize.

“The check has already been deposited first thing this morning,” Hughes says “That’s the most I’ve ever made in anything in my life like that. My wife said now she can go shopping. That’s the way it works. We’ve been married 47 years, so I’m used to it.”

Hughes also took 10 percent of his winnings and gave it to his church, but not without first sharing his experiences with its members.

“I told my whole church about it yesterday, about what I did while I was gone,” he adds. “I told them all about it, and I wrote out a check for $250 and gave it to the church.

“I have told about 50 people already. I told my bank president when I went in to deposit the check. He’s a bass fisherman. He loves it.”

Hughes says he enjoyed every second of the experience, especially being in the boat with Cox on day one when the 2nd-place finisher put together a mega-bag that went 31-9 and included an 8-pounder and a 10-pounder.

“When he pulled in that 10-pounder, man, I couldn’t believe it,” Hughes says. “That was unreal. He already had an 8-pounder in the boat.

“John told me after it was all over that second day, he said, ‘I think you brought me some luck yesterday,’” he jokes. “I said, ‘It wasn’t luck. I was in the back of the boat praying for you, buddy.’” 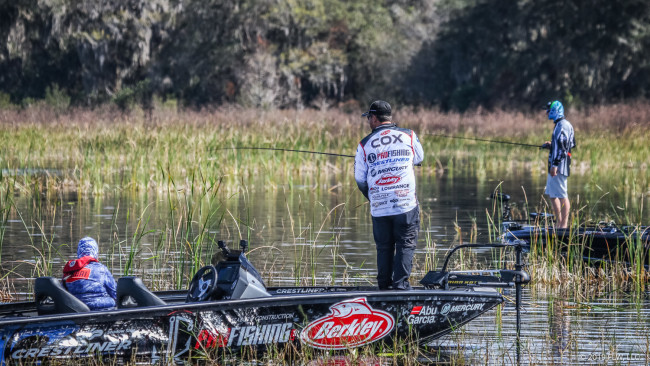 Cox got some prayers from Hughes and Hughes got some tips from the DeBary, Fla., pro — one of which Hughes says is a secret, but that he has to keep it to himself. Still, he loves to fish (even though he no longer fishes tournaments), and he hopes to put it to good use.

Hughes plans on being a marshal at both Lake Seminole and Chickamauga Lake, two of the next four stops on the FLW Tour and the two Tour events closest to home for him. And he’s been spreading the word about the marshal program and all it has to offer. The program appealed to Hughes from the very start. He wants others to know about it, too.

“I liked it from the get-go when I read the article about it and looked it up online,” he adds. “I said, ‘I can do this.’ I just had my 70th birthday back in January and I said, by George, I’m going to do some things I want to do now. I told my wife that and she said go ahead. I brought her down with me as my fishing partner. She took me to the marina and picked me up when it was over in the afternoon. She had a big time too.”

Thank you to all who participated at Lake Toho. If you’d like to learn more about becoming a marshal, please call 270.252.1000, or visit flwfishing.com/marshals. Openings are available for the upcoming event at Lake Seminole.