What to expect at the third stop of the FLW Tour 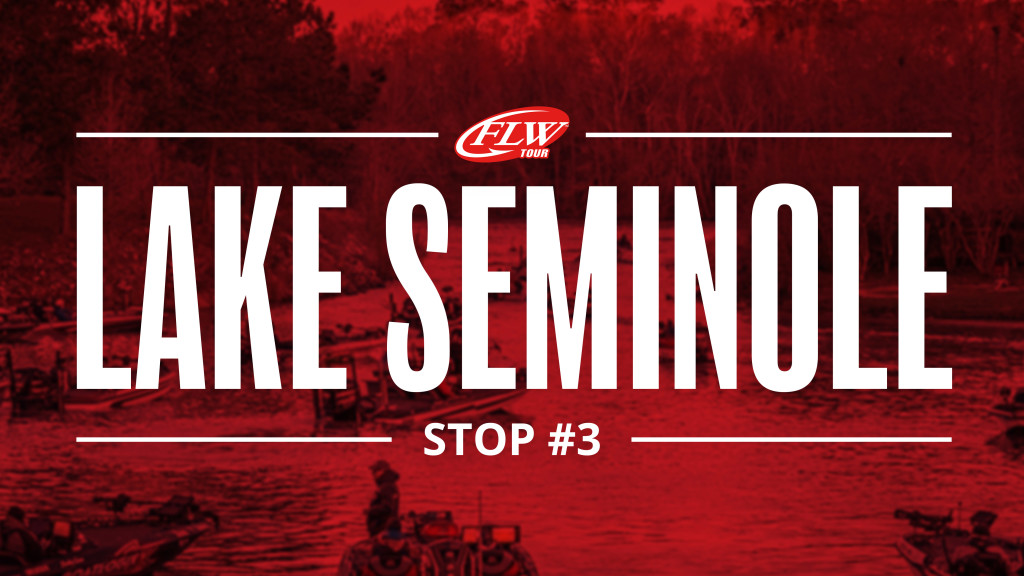 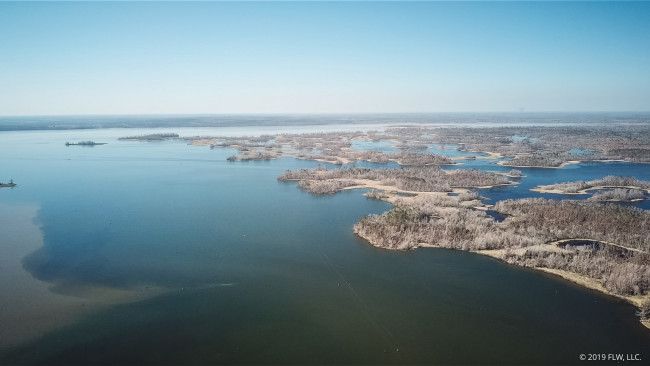 Lake Seminole was created after the completion of the Jim Woodruff Lock and Dam back in 1952. It backed up the Flint and Chattahoochee rivers and created more than 37,000 acres of prime bass habitat. The Flint River and Spring Creek sections of the lake are entirely in Georgia, but the Chattahoochee arm runs along the border between Florida and Georgia.

The lake offers some offshore structure, but it has historically fished pretty shallow. There’s good reason for that, as tons of standing timber is mixed with hydrilla and all sorts of other vegetation. Sandbars and shallow flats have also played big on Seminole in the past, especially for tournaments held around the spawn. 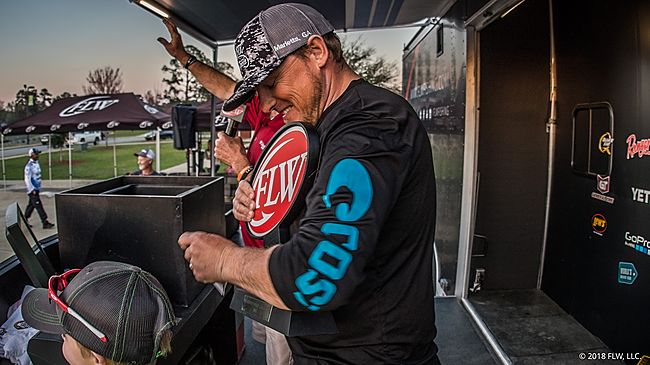 The FLW Tour has essentially no history on Seminole, with just one event held there back in 1996, but the Costa FLW Series regularly visits the reservoir. The Southeastern Division hit Seminole in early March in 2018 and 2017, and in late March in 2012. Matt Baty won on a channel swing in 2018, and Buddy Gross won in offshore hydrilla in 2017. Both pros were targeting predominantly prespawn bass. In 2012, Brandon McMillan won on a shad spawn pattern. In 2014, just a week later in March than when the Tour will be there, Brett Hite won a Bassmaster Elite Series tournament at Seminole with 97 pounds of prespawn bass he caught on a vibrating jig. 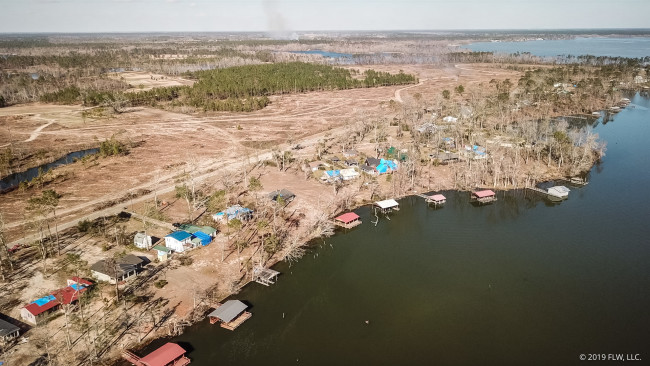 Most March tournaments on Seminole seem to produce pretty diverse patterns, with prespawn and spawning fish all playing, and sometimes postspawn fish as well. The wild cards this time are the water clarity and the state of the grass after Hurricane Michael.

FLW Tour pro JTodd Tucker is from right nearby Seminole and grew up there, and he says that Michael wrought some very dramatic changes for the lake.

“The hurricane really changed the whole aspect of the lake,” says Tucker. “My dad and I were fishing it before cutoff, and we were literally fishing places like I did when I was 15 or 16 years old. There are places where the hurricane literally sandblasted the bottom of the lake, and they used to be covered by hydrilla.

“The grass in Spring Creek and the Flint River has changed dramatically. Where we had defined grass lines, we don’t have that anymore. We’ve got very little edge, and the grass is all chopped up. We’ll have to get used to it and figure it out day by day.

“I think it changed the lake so much that someone who doesn’t know a lot about the lake will be able to go in and do really well.”

Because of the hurricane, some backwater ponds are now completely inaccessible, and others are suddenly easy to get into. Exploring the newly changed lake could be very interesting for pros with lots of Seminole experience and new hands alike.

Tucker says that the fish may be a little behind as well due to lots of water coming in and a cooler winter than normal.

Prior to cutoff, the lake was pretty stained, with Spring Creek clearing up. Tucker figures the dirtier water won’t be much of an impediment to the bite. Even if the dirtier water in the rivers isn’t to a pro’s taste, there is nearly always clean somewhere in the backwaters. 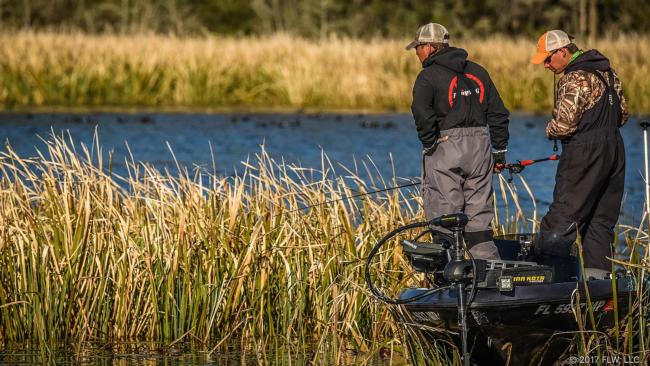 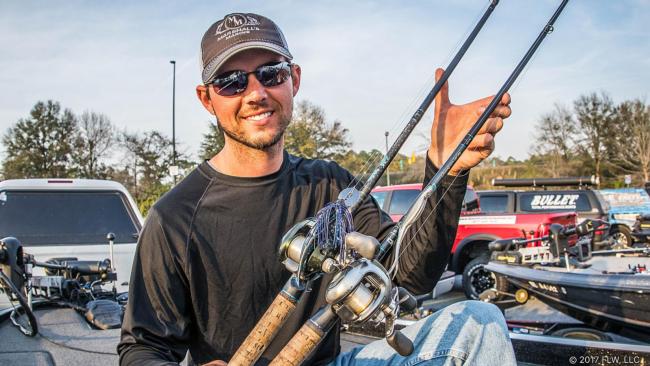 Some bass will certainly be caught sight-fishing, but a lot of the weight will probably be caught just fishing. Dragging soft plastics such as stick worms and ribbon-tails will catch fish setting up around beds, and Carolina rigs should account for plenty of more offshore fish. Flipping plastics and jigs should play as well, and there will even be mats to punch in some places.

Some of the most popular techniques are likely to involve winding. Lipless crankbaits, vibrating jigs, swimbaits and the like are sure to catch a lot of bass, both deep and shallow. Diving crankbaits shouldn’t be discounted either, as Matt Baty and Rick Tindell both used deep-diving crankbaits in offshore grass in 2018. 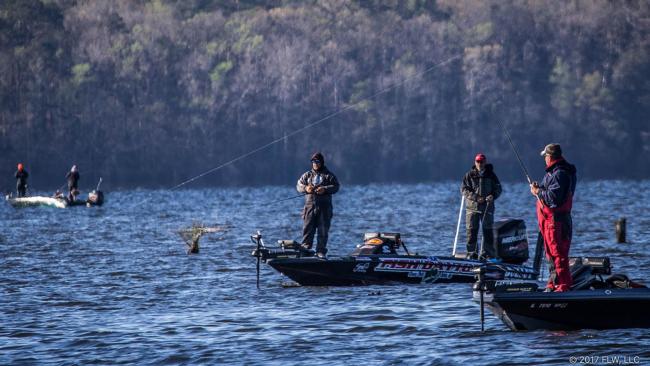 1. Consistency – The winner of this event likely can’t afford to stumble much. With any luck, the fishing is going to be pretty dang good, and with the projected winning weight of more than 80 pounds, pros will want to get off to a good start and keep the pedal down.

2. Dealing with pressure – Historically, the clear water in Spring Creek concentrates a lot of pros and leads to pressured fish. Dirtier water than normal might help alleviate the issue somewhat, but finding a way to keep catching around other pros as the week goes on or having something off the beaten path could be key.

3. Adjusting – Because Seminole has been a consistent Costa FLW Series stop there’s plenty of history there, but Hurricane Michael is likely to reduce the value of that. So, scrapping a practice plan early on might be a necessary adjustment. 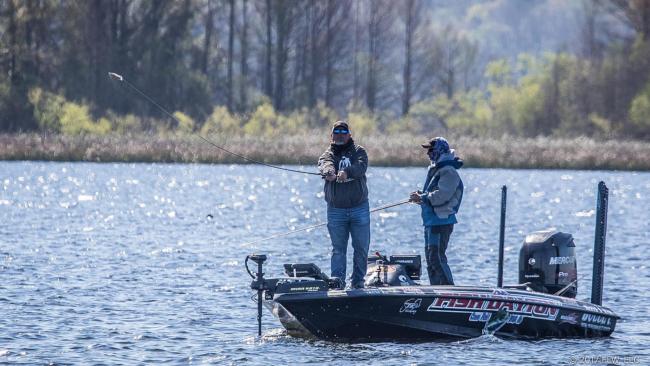 At the top of the list of favorites has got to be Buddy Gross, if only because he’s got a shot at history. Coming off his win at Toho, Gross is heading to Seminole at nearly the same time of year as when he won there in 2017. If Gross can win again, he’ll become only the second pro to win back-to-back FLW Tour events.

Outside of Gross and the usual suspects, there’s some good talent with plenty of experience on Seminole. Josh Weaver has spent a lot of time there and is off to a good start this season. Hensley Powell, Jon Canada and Wes Logan have really good track records there as well. Finally, Bryan Schmitt is worth an eye. He’s perhaps the best in the world at dissecting offshore grass with a vibrating jig, and Seminole should be in his wheelhouse.