By the Numbers: Grand Lake 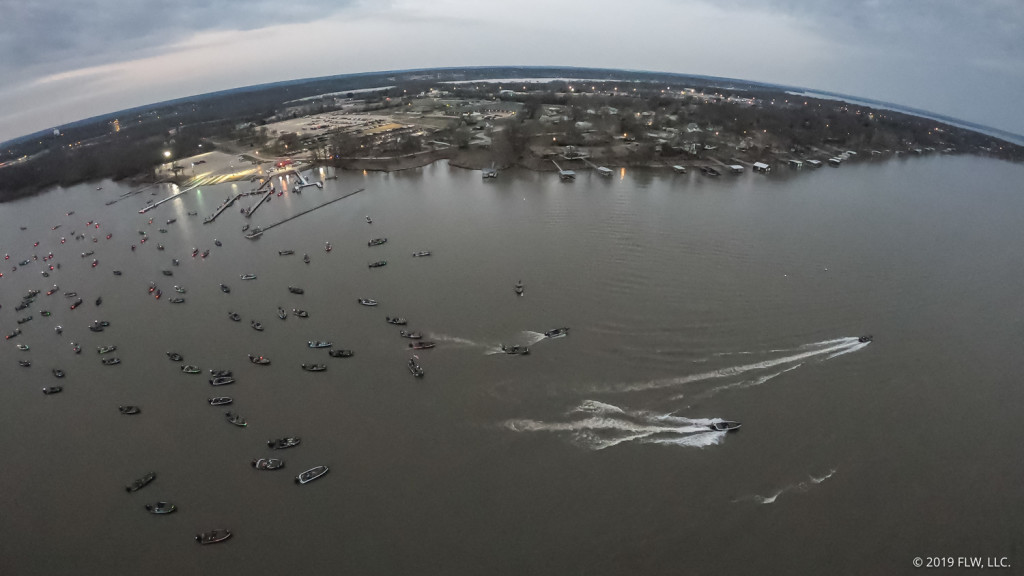 After prespawn slugfests on Sam Rayburn, Toho and Seminole, the FLW Tour heads a little further north for what should be another big-bag prespawn showdown.

Grand doesn’t offer up the same size as some of the other lakes the tour has visited thus far in 2019, but make no mistake: There’s still potential for some big stringers to cross the weigh-in stage this week.

Here’s a look at what to expect from Grand Lake, by the numbers. 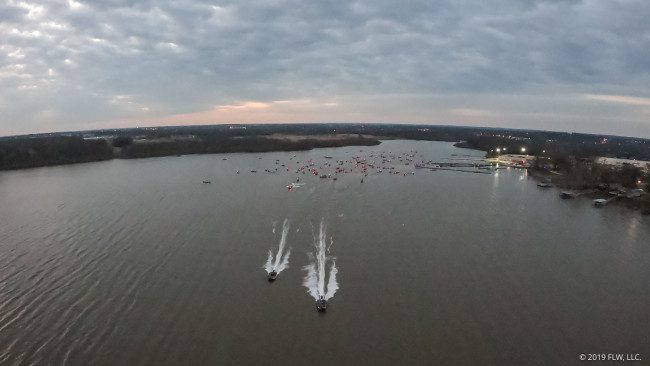 Number of FLW Tour events on Grand Lake prior to this tournament. The only other Tour event on Grand took place in 2013. 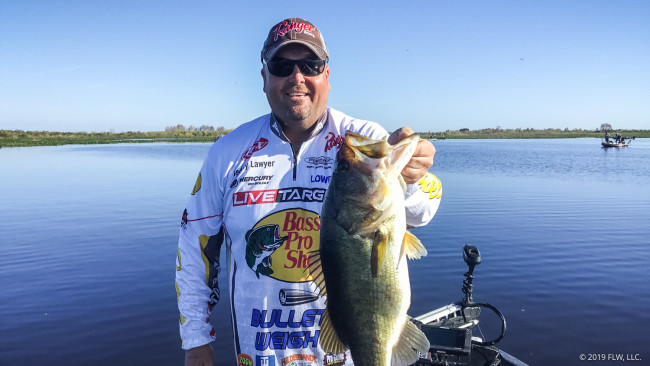 Of the pros fishing in this Tour event, Jeremy Lawyer has the most top-5 finishes on Grand with three. Derek Fulps, Bradley Hallman, Chad Warren, Alton Wilhoit and Darrel Robertson all have two apiece. Of pros not fishing this event, Jason Christie far and away leads the category with 11 such finishes on Grand across all previous FLW tournaments.

Number of FLW Tour pros fishing this event who live within 50 miles of Grove, Okla., (Greg Bohannan, Randy Blaukat, Sheldon Collings, Jeremy Lawyer and Darrel Robertson). Collings calls Grove his home and has a chance to follow up a second-place finish at Seminole with another monster performance on his home lake this week.

Number of top-10 finishes for Alton Wilhoit across all FLW events on Grand. That’s the highest total among anglers fishing in the upcoming Tour event. Jeremy Lawyer is right behind him with six such finishes.

Weight (in lbs.) of the record bass caught from Grand Lake. Billy Lemon caught that fish on an umbrella rig in a Nichols Marine Team Series event on March 7, 2013. The previous record (set in 2012) was 10.86 pounds. 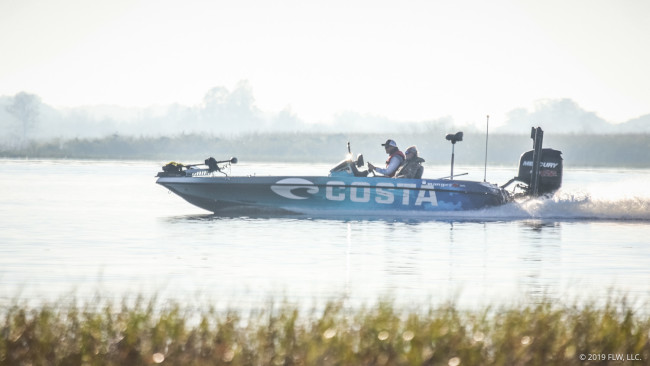 Largest one-day stringer in FLW competition on Grand, weighed in by Zack Birge in a 2015 Okie Division BFL. There have been nine bags of over 24 pounds weighed in for FLW tournaments on Grand (all BFLs) dating back to 1997. 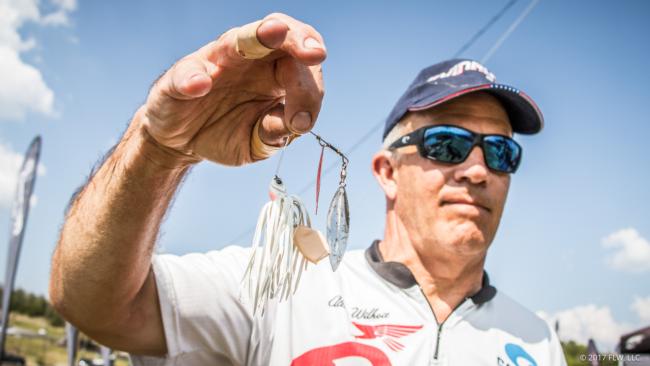 Number of FLW tournaments (Tour, Costa FLW Series and BFL) Alton Wilhoit has fished on Grand Lake as a boater. Bradley Hallman and Derek Fulps are second among pros fishing this event with 22 tournaments each on Grand.

Total number of arches in the Pensacola Dam accounting for 5,145 feet in length– believed to be the longest multiple arch damin the world.

Average high temperature in Grove, Okla., in March with an average seven days of rainfall. That appears to be on par with the forecast for the first two days of the FLW Tour event, with temperatures expected to drop into the low-50s for the final two days. 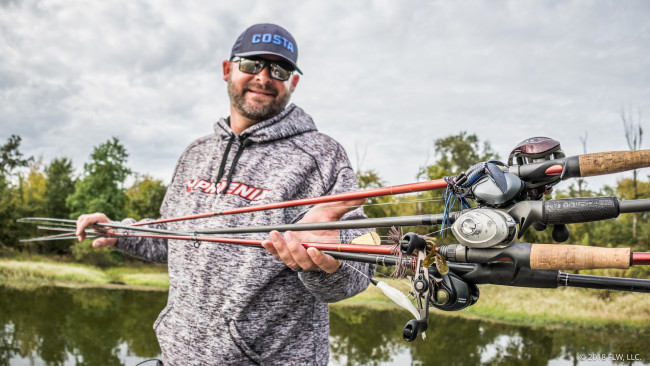 Largest three-day winning weight across all FLW tournaments on Grand, tallied by Bradley Hallman in 2015.

Largest four-day winning weight across all FLW tournaments on Grand. Jason Christie beat Bryan Thrift by 5 pounds, 3 ounces with his 78-1 to win the FLW Tour Grand Lake event in June of 2013. 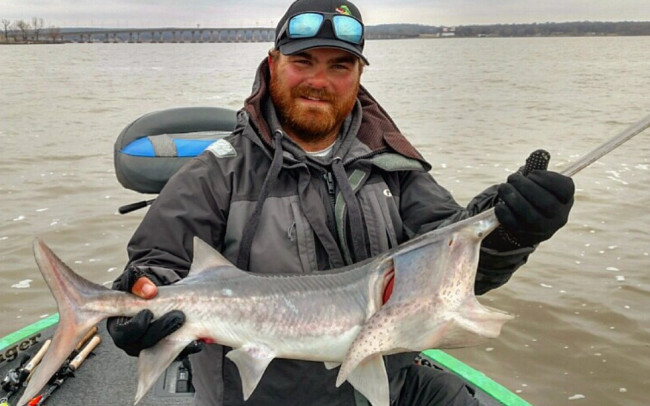 Weight (in lbs.) of the Oklahoma state-record paddlefish, caught by Charles Ham on a trotline in 1992.

Total combined weight of all fish weighed in at 2015 Costa FLW Series Central Division event. That’s an average of exactly 3 pounds per fish weighed in. That event was held in mid-April, so it’s a pretty solid indicator of what to expect in terms of average weight per fish in this tournament.

Surface area (in acres) of Grand Lake, which is 10.1 percent lower than 1940 design specifications, according to a 2008-2009 Oklahoma Water Resource Board survey.