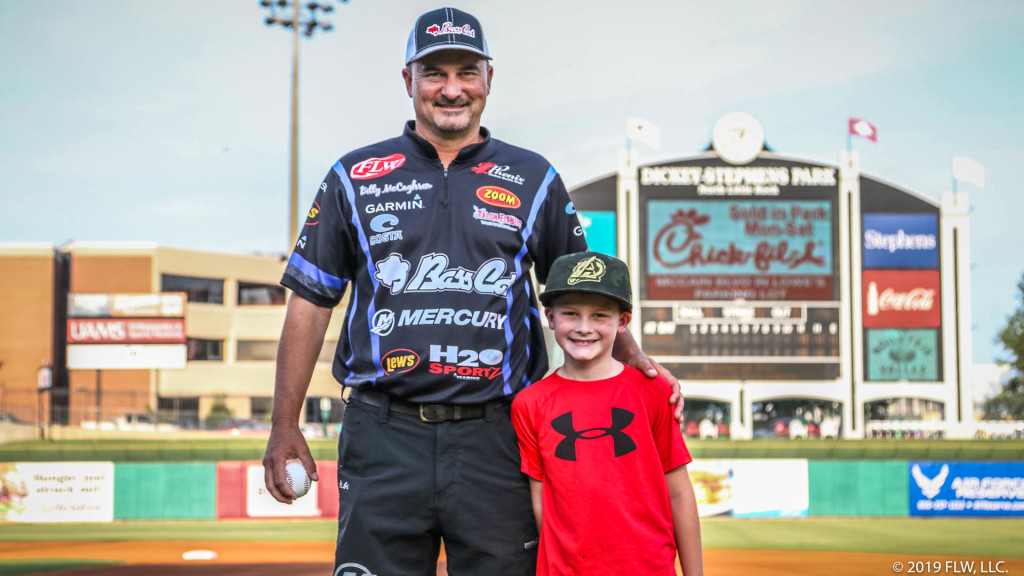 FLW Tour pro Billy McCaghren, who’ll be competing in the FLW Cup this week at Lake Hamilton, says his childhood dream was not to be a pro bass angler. He wanted to play professional baseball.

Well, this week, the Mayflower, Ark., angler gets to dabble in both professions. The 2019 FLW Cup qualifier will compete on Lake Hamilton in front of what is practically a hometown crowd, and last night he was honored for his fishing accomplishments by the Arkansas Travelers baseball team, which invited McCaghren to throw out the first pitch in a game against the Springfield Cardinals. The Travelers club, which plays its home games in Little Rock, is the double-A affiliate of the Seattle Mariners.

“We had a great time,” McCaghren says. “My family got to go, and they all had a blast. I was happy to get to represent FLW there at the game.”

Actually, McCaghren brought a crew of about 30 people with him, including family members, one of his old fishing partners and the coach of his son’s baseball team. Eight-year-old Callen McCaghren plays rec league ball for a team called the Warriors, and his skills on the diamond also earned him a spot on a traveling team called the Central Arkansas Storm.

“He went out on the field, and he got to talk to some of the players and get their autographs,” Billy says. “He was pretty fired up.”

The pro says he’s a fan of the Travelers and has been attending the team’s games for many years. His is a baseball family, after all. Between tournaments, Billy helps out as a coach for the Warriors, and he lends support to the Storm as well. He’s definitely qualified for it as a former pitcher at the University of Central Arkansas.

“I didn’t throw a strike. I was close, but I didn’t bounce it,” Billy adds. “I was paranoid about it. I was more nervous about throwing that pitch than I was coming down here to fish. I used to pitch in college, but that was about 28 years ago. I didn’t want to bounce that thing up there with all my friends here.

“I had a college teammate call me, raggin’ me. I said, ‘Well, at least I made it and got to go out on a minor league pitching mound. It just took me 28 years.”

Here are some more photos of Billy and Callen from last night's game. 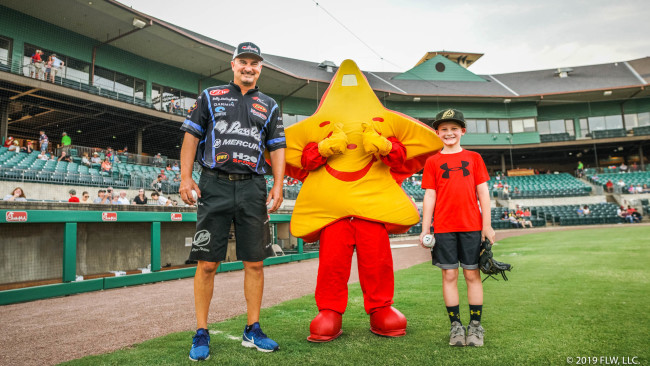 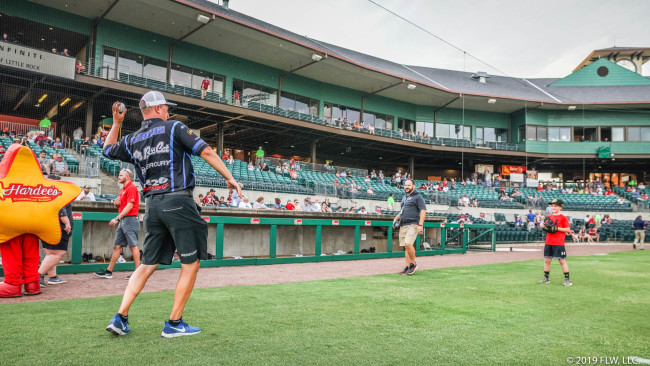 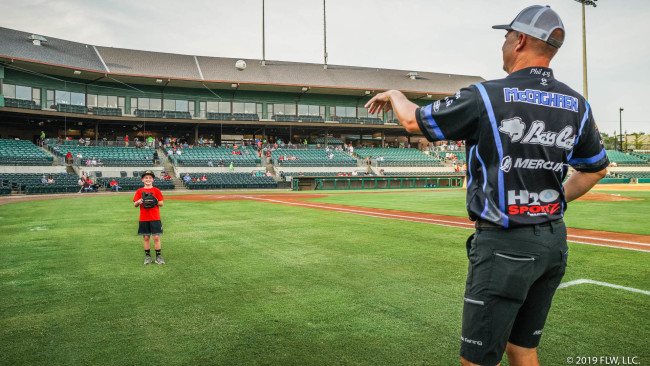 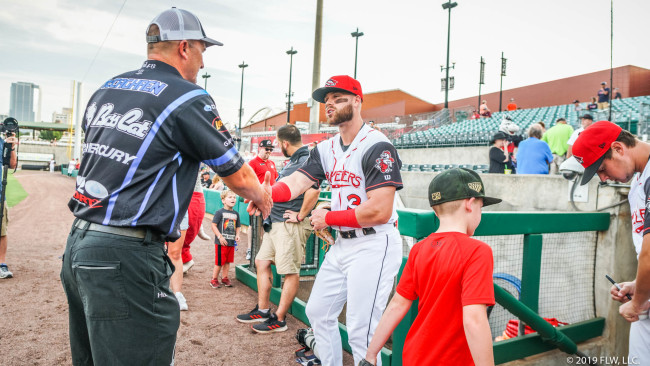 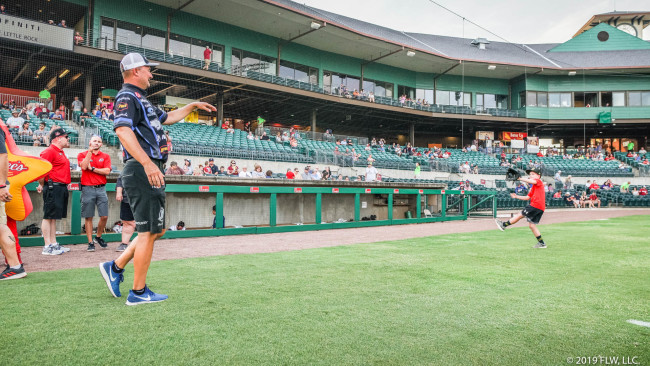 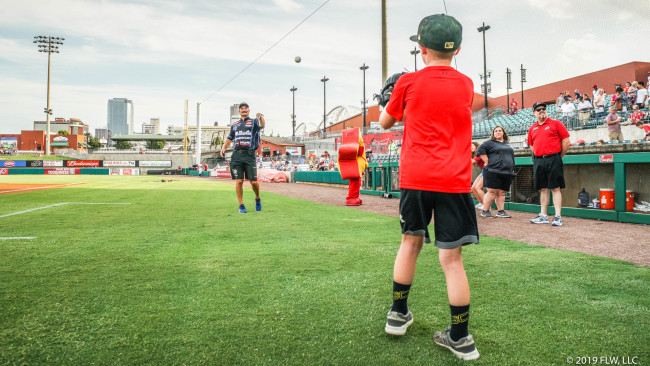 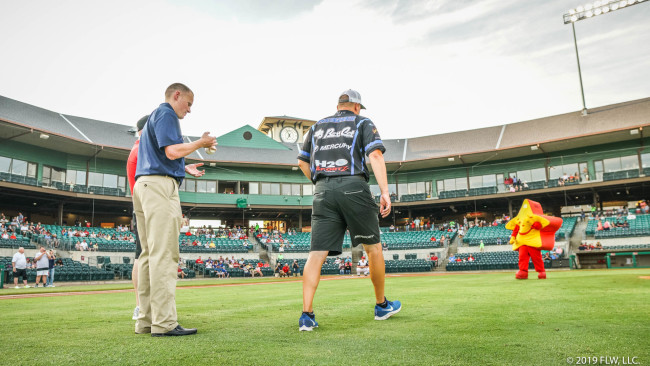 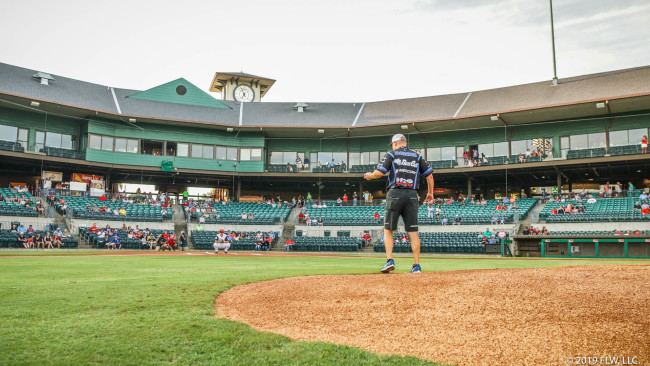 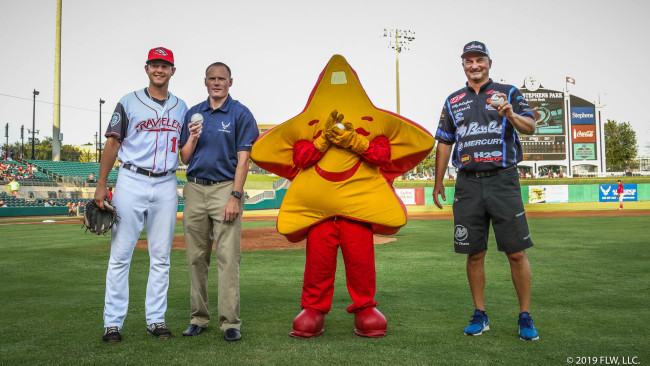