Cup Top 10: Lawyer Mixes it Up for Fourth

Shallow topwater and brush near docks worked for Missourian 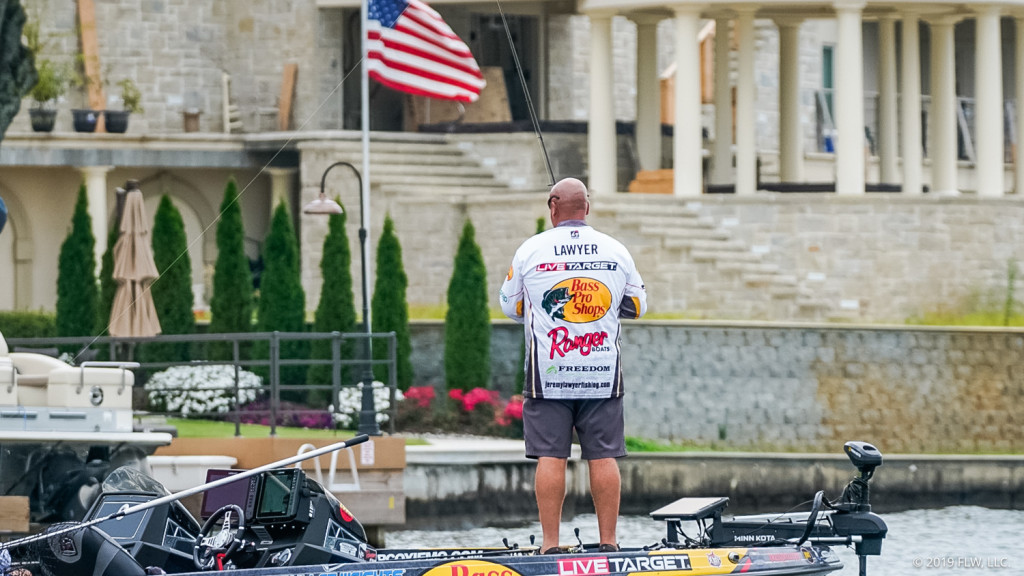 In practice for the FLW Cup at Lake Hamilton, it seemed like half the pros surveyed predicted it would take a combination of shallow fish in the morning and brush pile fish the rest of the day to win the tournament. Bryan Thrift combined both, as well as a final-day flurry of schooling bass, en route to winning the Cup, but Thrift’s strategy was more about junk-fishing most of the day and then camping on a shallow flat in the afternoon to dissect three key brush piles.

Fourth-place pro Jeremy Lawyer, however, was the highest finisher to utilize the shallow-early, brush-later strategy. Lawyer stacked together limits of 12 pounds, 1 ounce and 12-5 on the first two days to go into the final day in fourth place. He weighed in just 7 pounds on Sunday.

Lawyer fully expected to smoke ’em the last day when the cloudy, occasionally rainy weather of the first two days finally gave way to the scorching hot, sunny conditions that everyone expected the entire tournament. It didn’t happen.

He says overcast skies are tough for the topwater bite in this region because the fish roam. When it’s bright, it’s possible to tuck in behind docks and target bass under walkways and along pilings in predictable places.

Finding quality bites up shallow meant whittling down a lot of water. 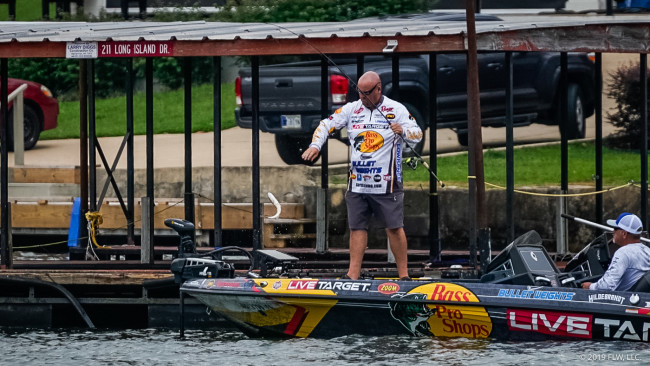 “I definitely wanted something on the front half of a cove,” Lawyer says. “I did not want to go in the back half. I wanted it to have some contour to it, as far as having a jetty sticking out, concrete, stairs, seawalls. Whatever there was, I didn’t want it to be a nice straight one [bank], and I wanted docks to be in the way because on the ones that were straight and were easy to fish, everybody was creaming them up. So I wanted to have to go behind the docks, put it under the docks. It took some more time, but I think the better fish were there. Probably the biggest key was it had to have some water on it. You needed to be sitting in 3 or 4 feet of water when you were sitting pretty close to the bank.”

As dialed as Lawyer seemed, the shallow bite wasn’t a numbers game. It was about quality. He caught a few good ones over the first two days. Going into day three, he knew he needed at least two good topwater bites to have a shot at catching Thrift. That pattern just dried up. Lawyer never landed a keeper on topwater the final morning. He made return trips to any shallow areas that looked good throughout all three days, but it just didn’t provide enough for him to threaten the lead in the end. 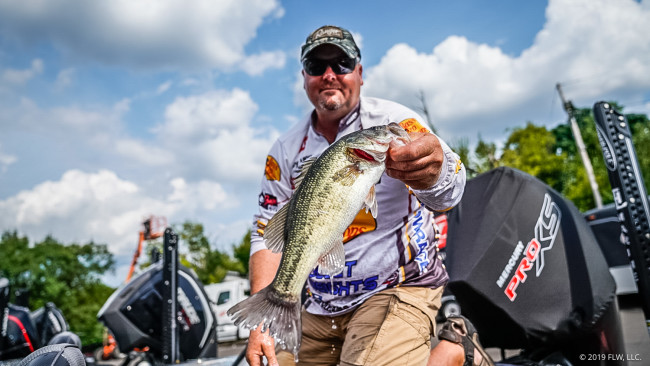 Lawyer sought a very particular brush pile type, too. He wasn’t targeting brush out on deep drops. Instead, he looked for brush around docks and other sneaky areas.

“As long as it was from 12 to 18 I was pretty good. I couldn’t catch anything past 18 feet,” he explains. “I would go halfway back in the creeks or halfway back in a cove, or if there was a dock on a secondary point that had brush around it, I’d definitely jump on that one.

“This was brush that people would put out around their own docks for crappie fishing and stuff like that. The problem with the stuff that was out on all the roll-offs [contours] was everybody was fishing it. So I had some stuff that I had found just idling that was off the beaten path. You had to go looking for it. You couldn’t just go up there, spin a circle, Terry Bolton-mark it and go on. That’s what got me to day three was the stuff that was on the docks, on the banks, off the beaten path.”