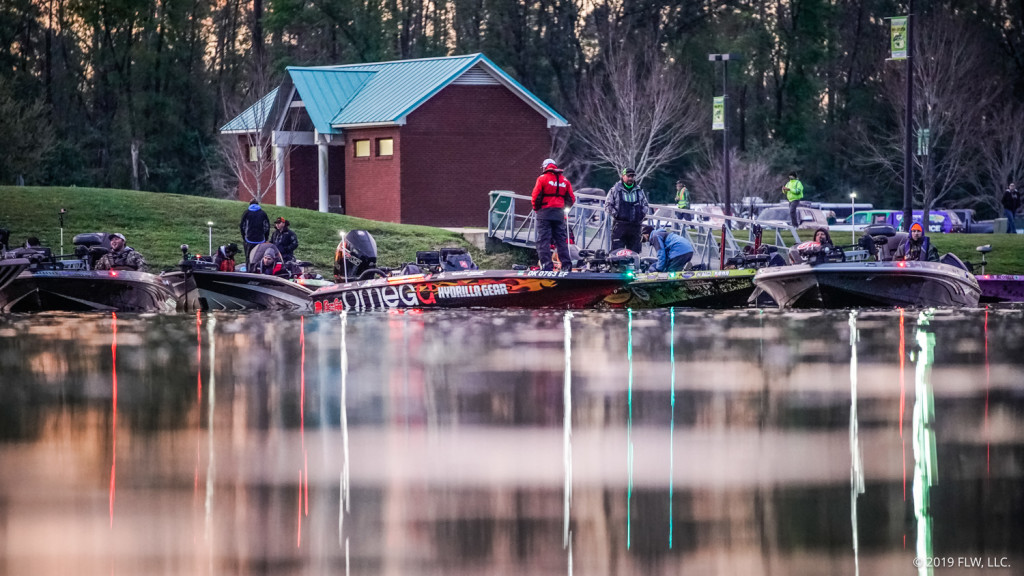 The Tackle Warehouse Pro Circuit is at Sam Rayburn Reservoir in Brookeland, Texas, this week to kick off what promises to be another great season of professional bass fishing for FLW. In anticipation of great things to come during the inaugural Pro Circuit season, a few FLW staff members and one Pro Circuit pro decided to play pundit and make a few predictions. 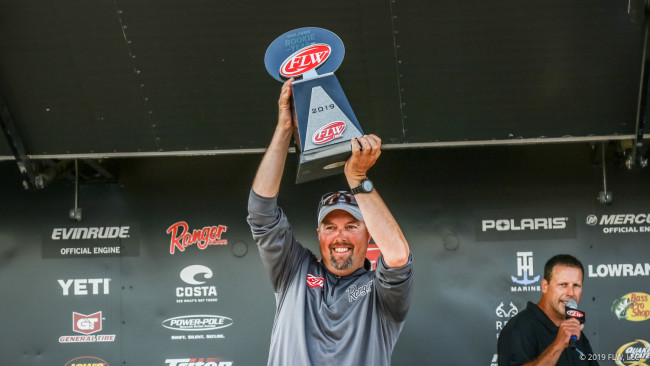 As one of the foremost Ron Nelson fans on staff, I feel like it’s incumbent on me to engineer an Angler of the Year prediction for the sophomore Michigan pro. This year, there are only three returning pros that finished higher in the standings than Nelson in his Rookie of the Year season in 2019: John Cox, Joseph Webster and Terry “Blade” Bolton. Now, though Cox is amazing, I think you can slip him out of the mix due to the likelihood that he’ll miss at least one event for a Bassmaster Elite Series tournament. The likely absence of Cox makes the anglers in contention for the title awfully level. I don’t see anyone running away with AOY this year, but, gosh, can I see Nelson doing well. He’s great around grass and due for redemption at Rayburn, and I’m to the point with Nelson that there isn’t anywhere I don’t trust him to figure it out. Nelson’s unique pattern of fishing in the Southeast and the North seems to have given him a good start on national competition, and he really only stumbled at Grand and Rayburn in 2019. Finally, if things are close at the end, I would wager a lot on Nelson excelling in the final smallmouth showdown on the Detroit River. After all, he finished a close third in the points to the likes of Austin Felix and Chris Johnston the last time the Northern Division fished a smallie-only schedule. 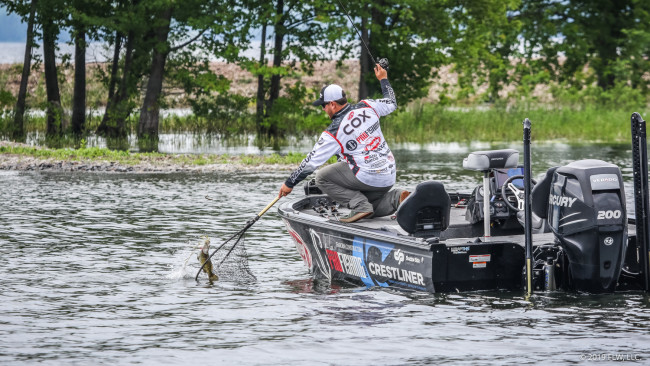 If I told you I thought an angler would qualify for the championship without fishing an entire year you’d probably think I was nuts. But I predict John Cox will qualify for the FLW TITLE championship even though he will most likely miss one of the regular-season events. He’s that good. 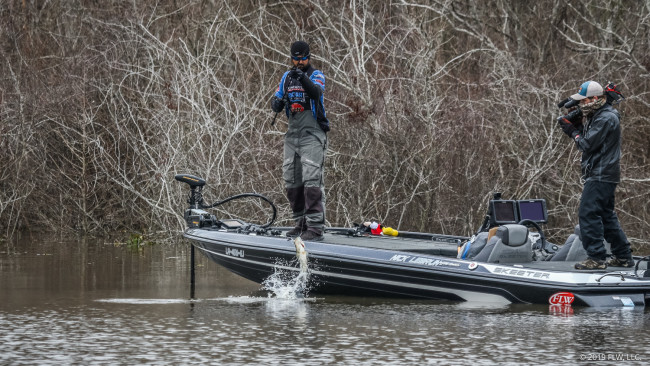 Last year, then-rookie Nick LeBrun announced his presence on the FLW Tour with a bang and turned in a second-place finish at 2019’s first event on Sam Rayburn. He very nearly missed out on the victory (which went to Terry Bolton, who should also do well at Big Sam again this season) with a four-day total of 90 pounds, 7 ounces.

High winds and poor boating conditions on the morning of day four last year forced tournament officials to deliberate and ultimately push back the final round for a day. During that process, no one in the top 10 was as amped up and ready to fish as LeBrun, and it was at that point I realized just how confident he is on Rayburn and how badly he wants to win his first pro-level event. He’ll get another shot at it this week, and this time he’s going the distance. 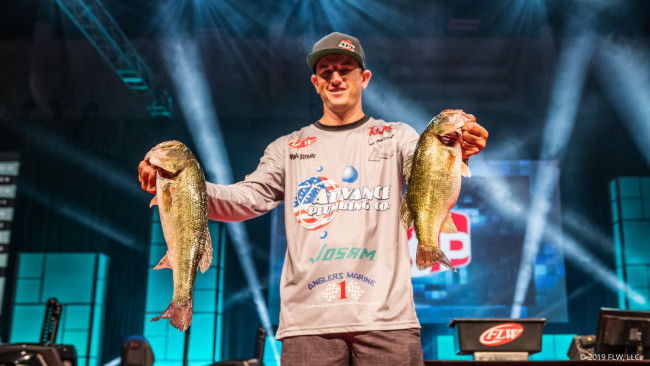 FLW has some serious young firepower on the Pro Circuit this season with a roster that includes 27 pros who won’t even be 30 years old when the season kicks off at Sam Rayburn on Thursday (two of them, Evan Barnes and Kyle Gelles, will turn 30 during the season). Most of these young bucks have a few professional seasons behind them, too, which means they’re primed to have big showings in 2020. I’m predicting we’ll see a dozen of our current “under 30s” qualify for the FLW TITLE championship this year. That’s 12 out of the 50 qualifiers. And if I’m wrong, we’ll still see 10 make it in. 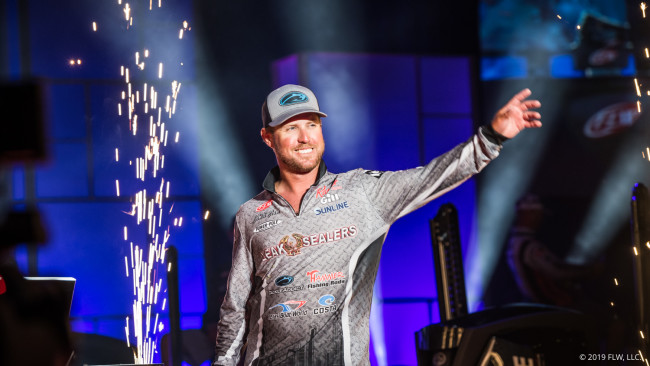 Dakota Ebare will earn a W

Dakota Ebare came perilously close to a win several times in 2019, most notably in an FLW Series event at Table Rock and in the FLW Cup on Hamilton. Overall, Ebare had a phenomenal first season as a pro, earning more than $124,000 across all the tournaments he fished. This year, he has already earned money in the Phoenix Bass Fishing League presented by T-H Marine Cowboy Division opener on Rayburn, so he seems to be back in the saddle pretty nicely. I think in 2020 he’ll close the door on a Pro Circuit W in some form or fashion. I could totally see Rayburn happening (though I suspect Nick LeBrun will have something to say about that), but there really isn’t any lake he couldn’t win on because, after a frantic 2019, he’s fished everywhere. 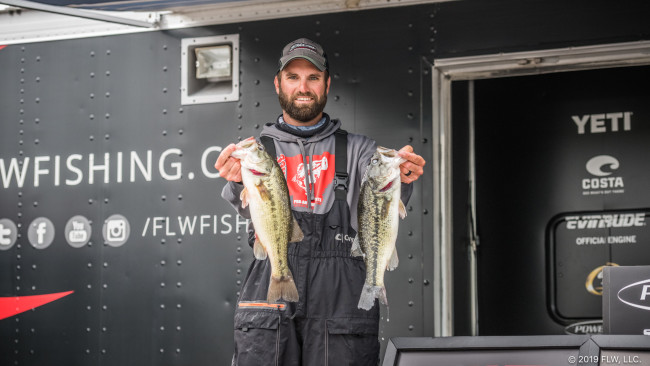 Spencer Shuffield will win at Dardanelle

Picking tournament winners can be difficult, but if I had to pick the pro I think had the best shot at winning any of the regular-season events I would choose Spencer Shuffield at Lake Dardanelle. I know he has been tearing up Arkansas lakes, and I think he’s going to have a leg up on the majority of us at Dardanelle since the Pro Circuit hasn’t been there in the 10 years I’ve been a pro. The rest of us won’t have near as much experience to fall back on. 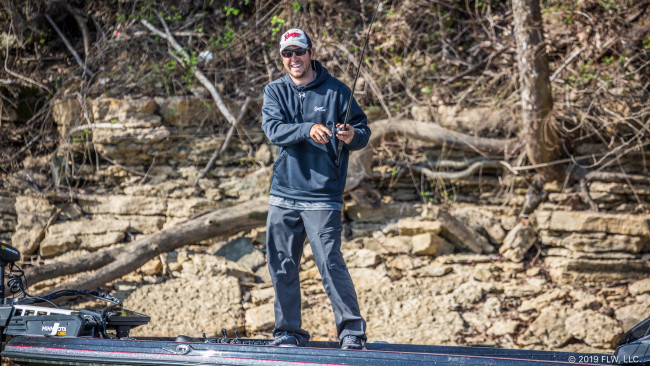 Age and time on the water often go hand-in-hand, but that’s not necessarily the case with Pro Circuit rookie Cole Floyd. The three-time Phoenix Bass Fishing League presented by T-H Marine LBL Division AOY is only 23, yet he already has a ridiculously stacked resume at the grassroots level, including FLW College Fishing presented by YETI and the FLW Series.

The Bethel University standout is making the jump to the Pro Circuit this season, and while most 23-year-olds would struggle with that jump, Floyd won’t. He might have a couple letdowns here or there, but I’m predicting at least one top 10 and a TITLE appearance for the young pro. 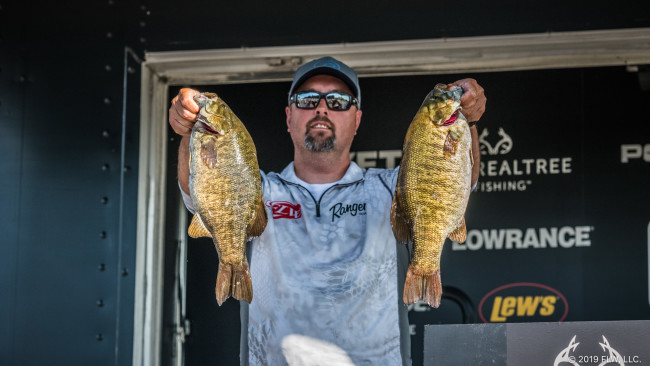 This season’s Pro Circuit schedule has a little bit of everything in it: big Texas prespawn bass, Florida spawners, Southern smallmouths, spotted bass, junk-fishing lakes, big water up north and plenty of different styles of fisheries. With a schedule so diverse, everyone on the roster will at some point find himself in a scenario that fits his specialty, but only a few have the kind of track record that suggests they’ll be top-10 contenders at every event. Among them are John Cox and Ron Nelson. This is probably bold, but I predict both will make four top-30 cuts during the regular season, and they’ll probably each make at least a couple of top 10s.

Nelson is a smallmouth hammer who’ll do great at Detroit River and Cherokee Lake. He’s also had a few good finishes in Florida in his career, which suggests he might make the cut at the Harris Chain, and could easily get a top 30 junk-fishing at Dardanelle or catching spots at Martin or Hartwell. Last year at Rayburn, Nelson blanked on day one, but caught 16-plus on day two. I think we’ll see two good days this time for a shot at the cut.

As for Cox, making four top-30 cuts would be extraordinary because he’ll miss a tournament due to a scheduling conflict. But Cox does extraordinary stuff all the time. He’ll make the top 30 at Harris, Hartwell and Dardanelle for sure. And he’ll probably come close at all the others.