John Cox Making Most of Opportunities 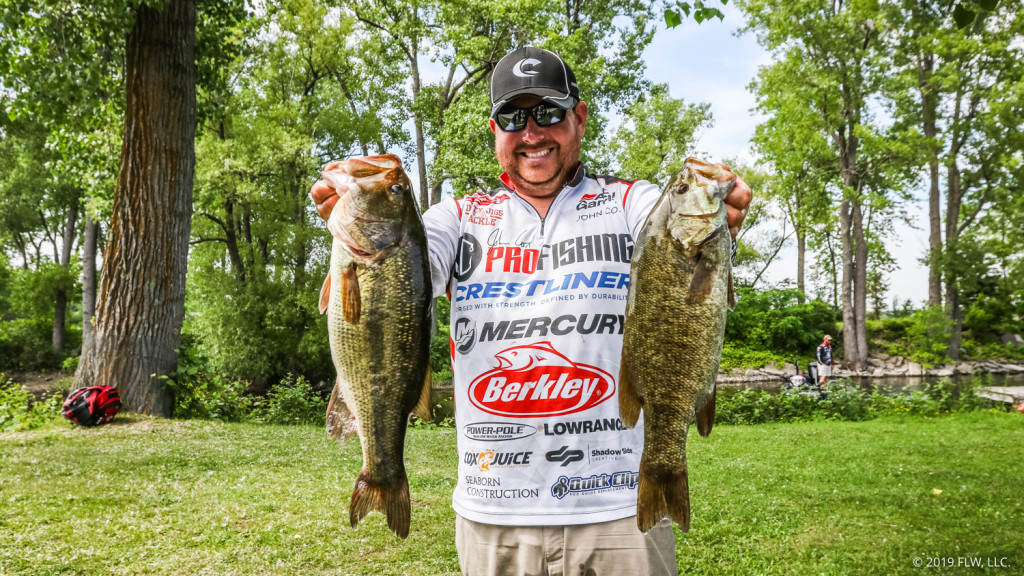 Ask any professional bass fishing fan who they think will win any given tournament on the 2020 Tackle Warehouse Pro Circuit schedule and one name will probably pop up more than any other: John Cox.

Cox is a hammer. There’s no other way to describe his ability and clout in the professional fishing world. His resume is stacked. Four Pro Circuit wins (including an FLW Cup) and 32 top 10s across all FLW competition. Seven FLW Cup appearances in nine years on the Pro Circuit. One giant personality and zero ego.

Cox is a superstar. There’s no way around it.

Just don’t tell him that.

“I don’t even look at it like that,” he says of being called a superstar of the sport. “Every morning I wake up, and it’s amazing I get to go fishing every day and take care of my family. I love my job.”

The best part of what Cox does for a living is that it’s both a job and a passion. And in 2020, he’s taking on a much larger workload – if you can even call it that. He certainly wouldn’t.

“I’m super excited I’m able to fish the Pro Circuit,” he says. “I’m excited for both trails, completely equal. I can’t wait. I’m just thrilled to be there. I’m thrilled to be fishing both.”

That’s not false excitement or lip service, either. When Cox talks and talks some more about his enthusiasm, he really means it. He’s a kid in a candy store. Two candy stores, in fact. 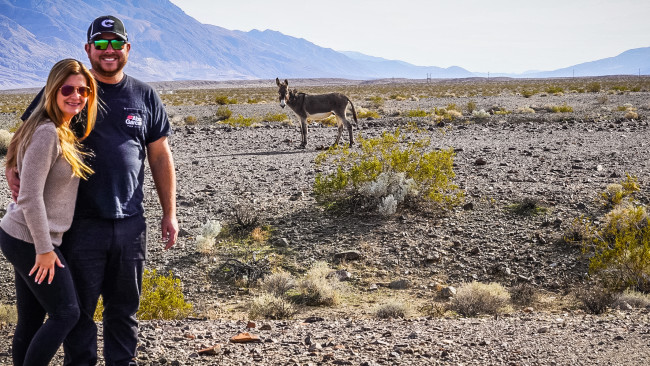 While fishing a full season on the Pro Circuit and two divisions of the Opens last season, Cox oftentimes had three boats and as many trucks scattered across the country. He was flying from tournament to tournament, boat to boat, all in pursuit of big bags and big checks.

With that scramble came three times the headaches. Tackle organization and equipment upkeep were near the top of the list.

With a similar workload ahead of him this year, Cox has been dedicating almost all his time this offseason to preparation for the 2020 season.

“I probably have about 100 hours in on working on my tackle,” he says. “Everything was pretty much a disaster after the season because I was flying back and forth from so many places. Everything was a mess.

“It’s one thing when you go out there and don’t have to worry about anything; you can fish a lot different. I’m just trying to get everything ready.”

But not all of Cox’s time has been spent on tackle and maintenance and tournament preparation. He’s also spent some time on his personal life.

To close out 2019 – perhaps one of the best fishing years of his life – Cox put a bow on the decade by marrying his girlfriend of three years, Melissa. The two tied the knot and set out on their honeymoon across the western U.S., spending New Year’s in a truck and on a four-day journey from northern California to Lake Tahoe to Death Valley and eventually Las Vegas. 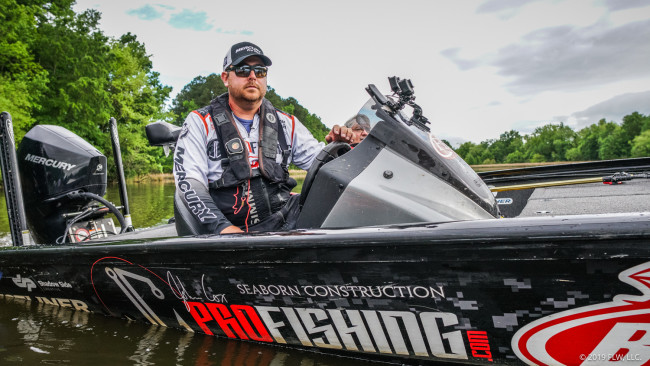 The Pro Circuit schedule kicks off with Sam Rayburn Reservoir on Jan. 23. It’s a lake at which Cox finished 32nd to begin last season, and he has a prior top five at Big Sam on his resume from 2014. In other words, it’s an exciting first stop for what should be an exciting season for Cox.

“It’s going to be great,” he says. “Last year, it blew me away how good everybody caught them with the high water, but it’s going to really show out this time. I’ve got a feeling there’s going to be some 30-pound bags.

“I’m hoping we get some decent weather. The place is loaded with big fish. Any cast you have a chance to catch an 8-, 9-, 10-pounder. When you have the opportunity to catch one that big, it just keeps you going, even in that cold weather.”

In fact, 10-pounders might be the rule rather than the exception for Cox at the start of 2020. No wonder he’s so excited.

After Rayburn, Cox will head back to Florida and his own backyard for an event on the St. Johns River. From there, it’s Lake Chickamauga, where he’s won before, and then back to Florida for the Pro Circuit and the Harris Chain.

That’s a stretch that could legitimately include multiple double-digit bass. And big fish are what get Cox out of bed in the morning.

“The opportunity to catch big fish is going to be so huge at all these events,” he says. “I’m thrilled. I’m so thankful that everybody is allowing me to do both and sponsors are all about it.” 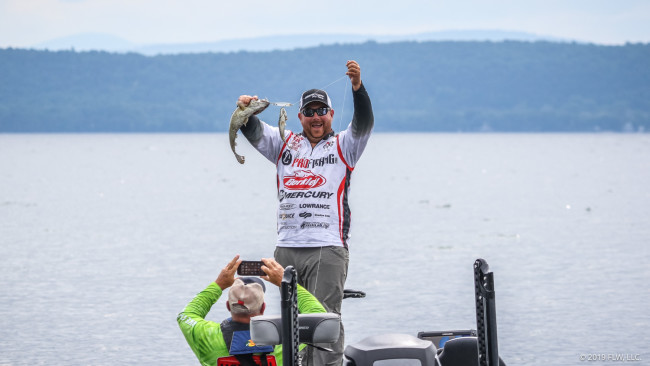 It all comes down to this: Can Cox juggle two major trails and remain at the very top of the bass fishing world?

There’s really nothing in his recent history that suggests he can’t. When Cox blasts off, he’s convinced he has a shot at winning, every single time.

“That sounds so bad. I don’t want to sound like that guy,” Cox says of approaching every tournament as if he can win it. “’He’s nuts. He thinks he’s going to win every tournament.’ Every one I’m going into, to do this you have to have that kind of confidence that you feel like you could have an opportunity to win. My thing is to try to make the final day every time, and if the opportunity comes, try to snatch it up.”

It's a mentality that wasn’t necessarily spawned from success so much as failure.

“When I first started, there were so many times I was out of money and completely broke and had to borrow money just to get home,” Cox admits. “I don’t want that to ever happen again. I got a taste of how awful that was. It makes me fish a little harder every time out there.”

Of course, success has played its own role. With each top 10 and each win, Cox has learned a little more about what it takes to be the best.

He also has quite a bit of experience on most of the lakes he’ll fish this year. 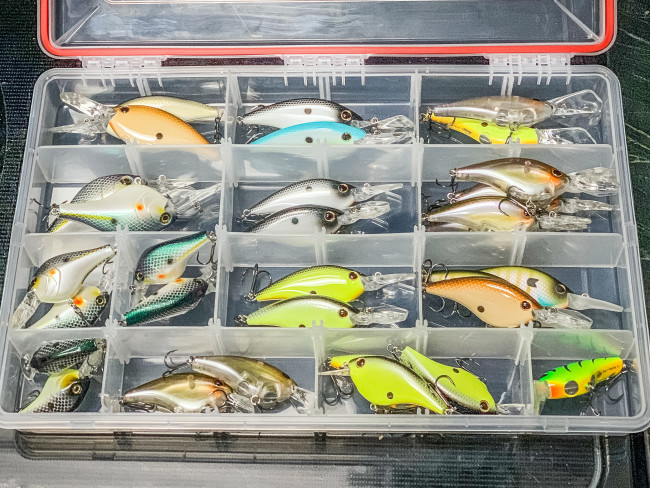 Cox is a shallow-water angler. If his rod tip can’t touch the bottom, he’s probably cranking up his Mercury to find somewhere it can. That’s not to say Cox can’t fish offshore, but it’s not his preference. He’s going to do it his way.

Still, that doesn’t mean Cox is set in his ways. He’s always looking for new approaches to expand his repertoire and cash more checks.

Like a flamethrowing pitcher who added a curveball to his arsenal in the offseason, Cox has been toying around with a technique that has often given him little confidence in the past.

“I’ve been really playing with a lot of the new crankbaits that Berkley has,” he explains. “I’m blown away with some of the scenarios when I needed to throw those baits that I didn’t have them and didn’t have any confidence in them. I really worked on that pretty hard this year.

“I’ve got chills thinking about it. I’m normally a soft plastics, topwater, frogs, ChatterBait, spinnerbait guy. When we went to Grand Lake last year, I saw where I should have laid the ChatterBait down and my rod box was frozen; I couldn’t get my crankbait rod out. I caught some, but I ended up losing the tournament because I didn’t pull it out soon enough.”

Cox went on to finish fourth in that event, but he’s not reflecting on the success. He’s looking back on the failure of not winning, dissecting the issues and figuring out a way to make sure it doesn’t happen again. 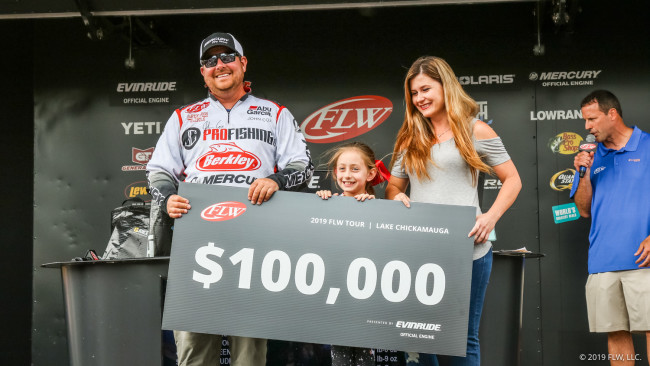 Every successful tournament angler has drive and determination. Some want the reward of knowing their hard work paid off. Some are driven to be the best to ever do it.

Cox doesn’t pursue the superstar label or the prestige that goes with it. He wants to win because it’s fun, and because the higher he finishes, the bigger the check he gets.

“Every once in a while, it works out really good and you catch them, but I’m out here every day just grinding,” he explains. “A lot of guys are better at casting, or they might have more lure selection than I do, or they might have nicer, shinier boats, but I just keep trying to get paid.”

The money isn’t the reason Cox fishes. If he won the lottery, there’s a good chance he’d be back out on the water the very next day. And the day after that. But it’s the primary reason he fishes tournaments – and now two major tournament trails – and it’s all with the goal of providing for his family.

Ask Cox what his primary goal is this season and he’ll probably tell you he wants to cash a check in every event. For some anglers, that means money in the bank, or a new truck, or a bigger house. For Cox, that just means more opportunities to keep fishing.

Because, when you boil away the travel and the weigh-ins and the interviews, it all comes down to one thing: John Cox loves fishing. He’s excited about it. Just ask him.