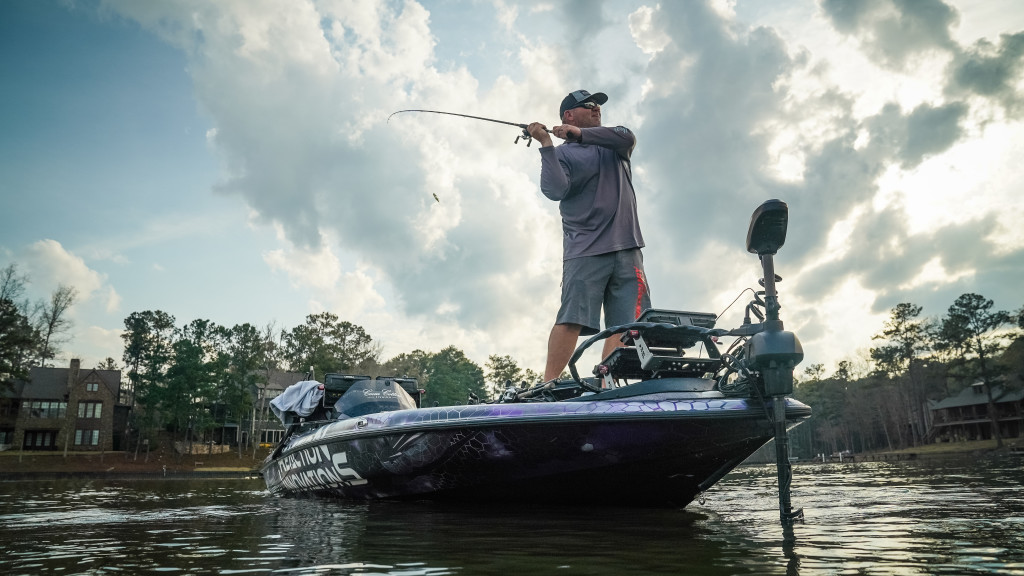 March in Alabama can be boom or bust in terms of weather, but luckily this week’s forecast calls for mostly gorgeous springtime weather for the third stop of the Tackle Warehouse Pro Circuit at Lake Martin.

Aside from the weather, the thing that has most of the field excited for this tournament is the unknown. There simply haven’t been many major FLW events on Lake Martin. Sure, there are a handful of anglers in the field who live nearby and have done well on Martin before (David Gaston and Jamie Horton especially), but for the most part it is a pretty level playing field with the bulk of the pros experiencing the lake for the first time this week.

The curveball is that Martin isn’t its normal self. Nonstop rain has had the lake in fluctuation from slightly below to above full pool for almost a month, and with that the lake is more stained than usual. With so many fresh eyes on this pond this week it’ll be fun to see how a dirty, high-water Martin is dissected. 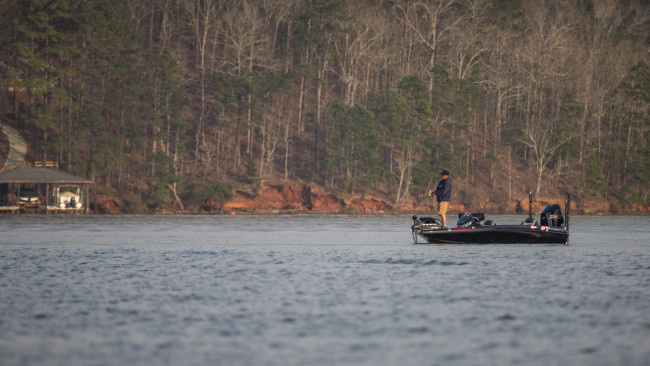 The lake fishes big for its size and also has no shortage of fish to be caught. At least, that’s the gist of what we’ve heard from pros with nearly two days of practice in the books thus far.

Until this point, Sam George hadn’t spent more than about five hours on Martin in his life, but it hasn’t taken him too long to figure out Martin is loaded with bass – both spotted bass and largemouths.

“I can get a lot of bites, but coming across a good one has been tough,” says George.

With highs in the 80s for the last few days, the water temperature is rapidly climbing, which means there could be a shot at guys catching some spawning fish come tournament time.

“I saw nearly 58-degree water yesterday [Sunday],” George says. “That’ll change throughout the event, but I think things are getting right [for fish to try and spawn].

“The thing is, it’s late March in southern Alabama, and we’re on a huge warming trend, so it wouldn’t be crazy for some people to catch fish from beds. I still think it may be a little too early, though. No matter how much the weather acts right, these fish will probably wait until the water stabilizes to really spawn. I’ve seen that a bunch back home on the Tennessee River, like on Wheeler.”

Jon Canada is one of the few pros in the field who has a decent amount of experience on Martin. He agrees with George that there’s a possibility for some spawning fish to be in play, but he thinks they won’t be a major factor.

“I think there are some guys, like Jamie [Horton], that might know some places to find some spawners, but I haven’t seen any good ones. You can really only sight-fish up the river or by the dam because it’s the cleanest water, but it’s still maybe only 3 to 4 feet of clarity. The lake is dirtier than I’ve ever seen it. Plus, there is so much pollen right now it looks like it’s snowing. That, with the dirty water, makes it hard to see.” 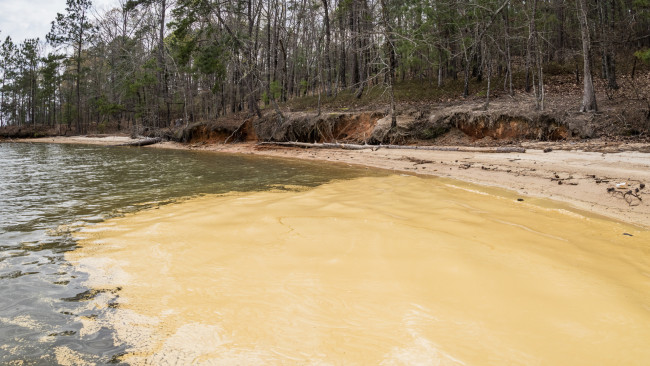 Though this tournament may not be an all-out sight-fishing bonanza, the warming weather and dirty water should have a large population of fish up on the bank.

“I’ve been running around just trying to cover water and find places with fish because you can catch them about however you want, but location is important because there is a lot of dead water,” Canada says. “I bet I had close to 100 bites yesterday. It’s the craziest thing. These fish are feeding up getting ready to spawn.”

The consensus is that the abundance of spotted bass in Martin will be the biggest factor in terms of catching a limit, and though there are 3- to 5-pound spots in the lake, kicker largemouths are going to be needed to separate from the crowd. With so many fish wanting to be shallow it also won’t be surprising to see a few bags of largemouths cross the stage that push 20 pounds on day one. Weights like that likely won’t be duplicated, but it will be a good way for a few anglers to distance themselves from the rest of the field as weights should be tight.

No matter how you look at it, fresh scenery, nice weather and plenty of bass should make for one heck of a tournament to follow.

“The weights have been getting better on Martin over the years, but it still comes down to getting quality bites, which can be hard to do,” Canada adds. “But I think this lake is setting up to be like Cherokee did last year where it’ll fish lights out.”