Pros’ Favorite Baits for May 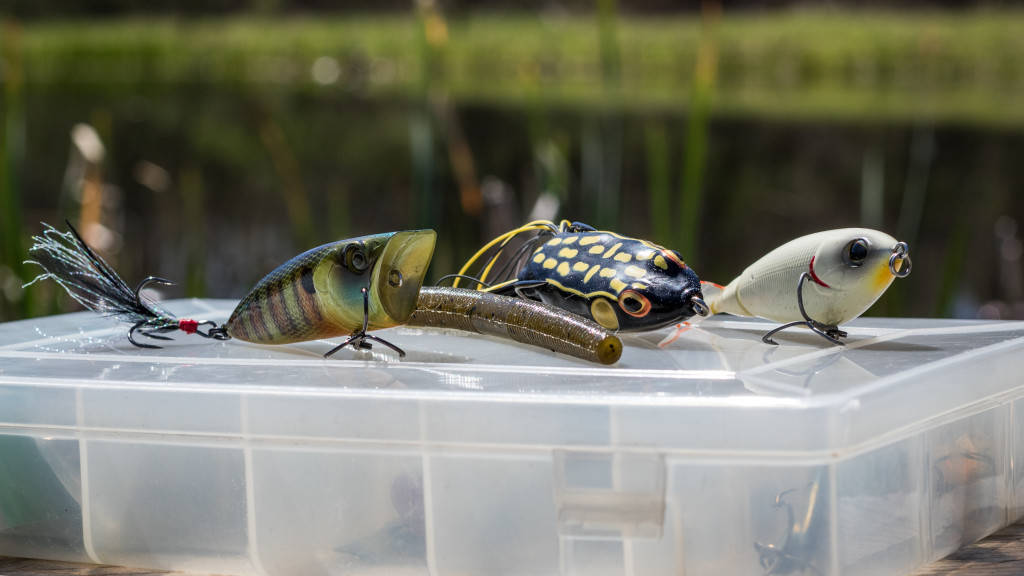 What you should have tied on this month
May 7, 2020 • Jody White • Tackle Warehouse Pro Circuit

Across the country, May is a great time for fishing, with tons of bass in and around the spawn and a lot of baitfish species spawning as well. With warming water, it’s a great chance to throw a topwater for the first time, or really to do just about whatever you want in some parts of the country.

Tackle Warehouse Pro Circuit pros know well what works this time of year. Here are some of their favorite baits to throw in May. 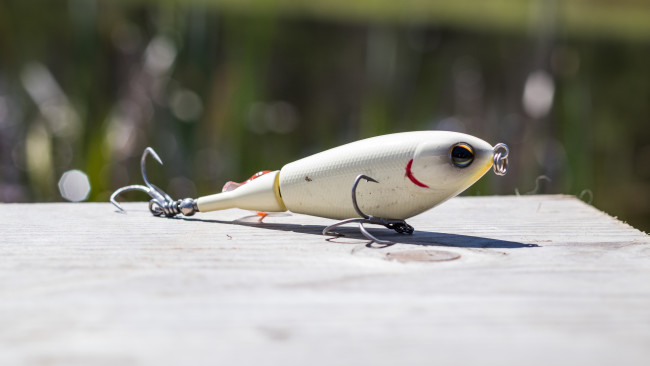 “At home here in Wisconsin, May is our spawning month. The Berkley Choppo 90 is a really good bait for drawing fish off beds, but it’s also a really good twitch bait. It’s a topwater that I consider to be very versatile. It’s a great largemouth bait around isolated pieces of cover, but it’s also a fantastic smallmouth bait on those shallow flats. They’ll come up and show themselves so you know where they’re at. Down south, it’s still really good because you get bluegill spawns and shad spawns, and it’s great for burning the banks in the summer months.”

Stefan likes the maverick (black) and MF bluegill colors the best, but will throw bone when he’s around a lot of shad. Fishing the bait on a 7-foot, medium-heavy rod, Stefan usually uses 14-pound-test Berkley Trilene XL, but will go to 30-pound-test braided line with a 15-pound-test mono leader if he’s fishing around heavier cover. 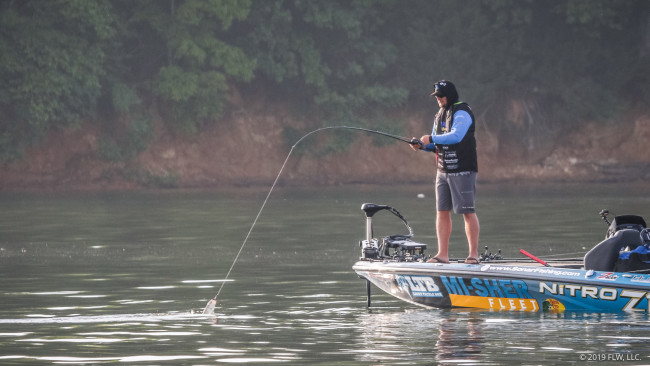 “I like a Texas-rigged Z-Man Mag FattyZ worm. I use a 5/0 Hayabusa WRM957, and I like either a 1/4- or 3/8-ounce tungsten worm weight. Then I put a Fitzgerald Flippin’ Bead in there between the weight and the hook to create a little clacking sound. Most of May is a postspawn time of year, so I focus on offshore areas where fish are starting to pull out. This time of year, offshore, you can either fish fast and make them react, or fish slow and coax them into biting. It’s a big bait, and it’s a thick design made of ElaZtech, so it stands straight up when you pause it. When you’re crawling it really slow in offshore areas, it gets more bites than any other worm I’ve used.” 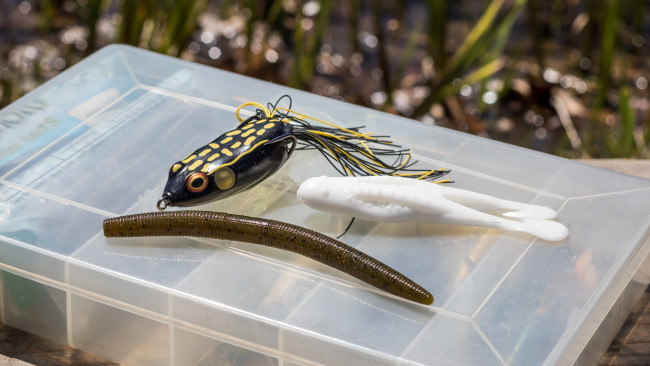 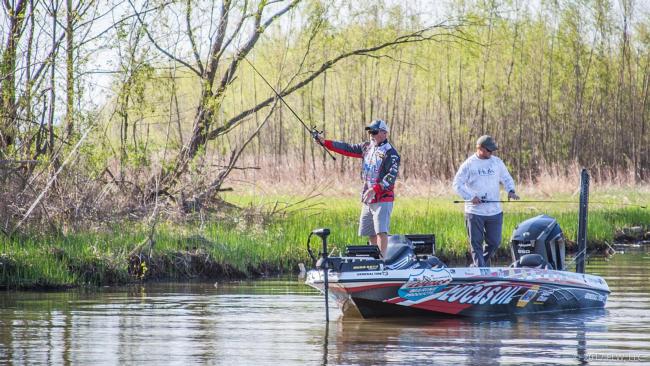 “For May it’s a flipping bait; a 1/2- or 3/4-ounce Strike King Slither Rig for me, with a 5/0 Hayabusa FPP Straight HD Hook and a Strike King Rage Craw on the back of it. You can let the fish tell you where they want it, but in May in Indiana and the Midwest, the fish are trying to spawn. I like to flip it in cover and just let it sit, and when I feel any movement, I just set the hook.”

McDonald likes a green pumpkin and blue or black skirt with a matching craw in cleaner water and black and blue with a blue bug-colored craw for cleaner water. 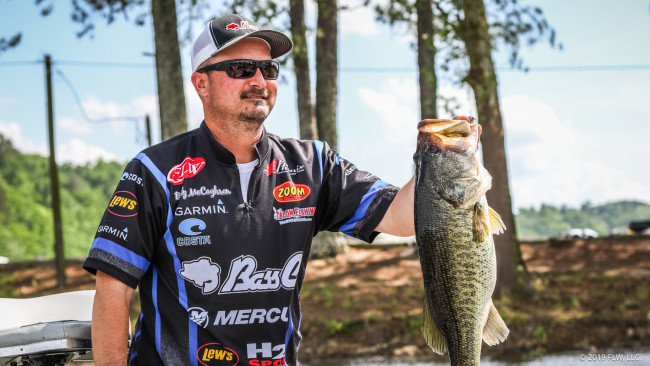 “This time of year I’m going to fish shallow, so I go with a 3/8- or a 1/2-ounce Talon Custom Lures Billy Mac Jig. You can swim it, pitch it and cast it. If it’s not a football jig, that’s the jig I’m using. I’m going to use a white jig around the shad spawn, and that will be happening really soon where I live. There’s a lot of diversity in May, and they’re coming off the spawn and really feeding. A jig is one of the most versatile baits, in my opinion. If we’re not having floods, the fish will start gravitating to the main river on the Arkansas River soon, and they are plentiful and easy to catch when they first come out there.”

McCaghren likes a white jig with a Zoom Super Speed Craw around the shad spawn. For more general-purpose work, he leans on the pumpkin blue color with either a green pumpkin or sapphire blue Zoom Super Chunk. 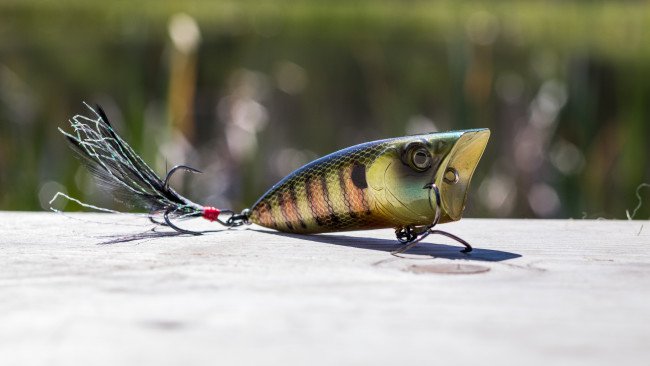 “The 6th Sense Splash Back 70 is such a versatile bait. I don’t think a lot of people realize you can walk a popping bait as well. And when you do pop it, it makes so much commotion. That time of year is usually the bluegill spawn, and the bluegill spawn or bluegill fire colors are perfect. It is so hard for the bass not to eat it. Topwater baits are cool, because you can work them to your rhythm. For me, that smaller size gets more bites, but there are big fish around no matter what when you’re fishing around bluegills in the spring. The more bites you get, the more opportunity you have to catch a big one, and they’re looking for something easy.”