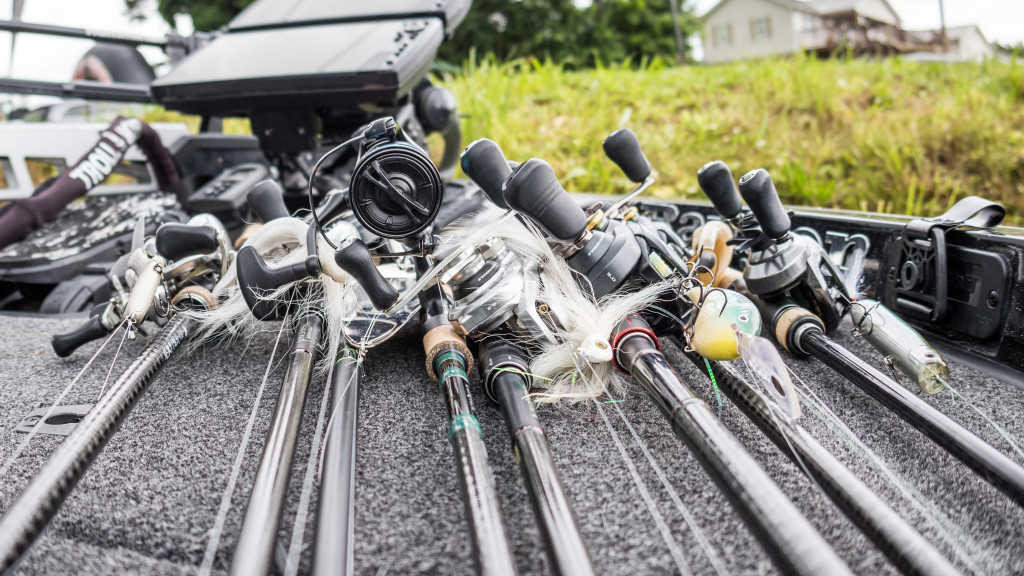 When so many anglers are throwing similar baits and running similar patterns, doing something a little different can be quite the advantage.

Sure enough, the pros who made the top 10 at the Tackle Warehouse Pro Circuit Super Tournament on Lake Chickamauga all had techniques or tactics of their own to set themselves apart.

Here’s a look at the baits that got the top 10 anglers to the final day of competition. 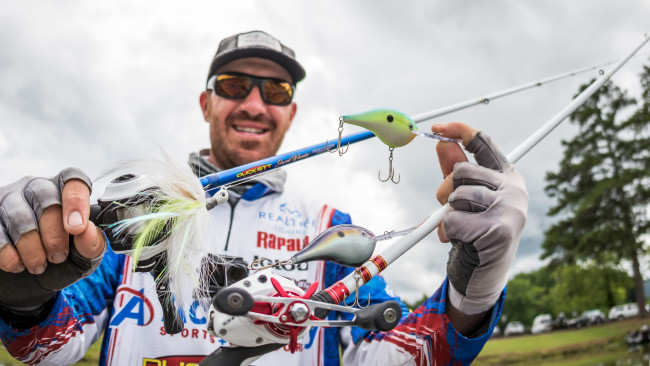 1. Even after falling to second after day two, Jacob Wheeler always seemed to be in control of the tournament. He had an open-minded game plan, and he executed and adapted it near flawlessly, fishing mainly offshore. Wheeler cycled through numerous baits throughout the event, including a citrus shad Rapala DT20 and a big shad-colored Rapala DT16. He also used an 8-inch green pumpkin worm, a 5/8-ounce white hair jig, a scrounger with a soft-plastic jerkbait trailer and a jig. 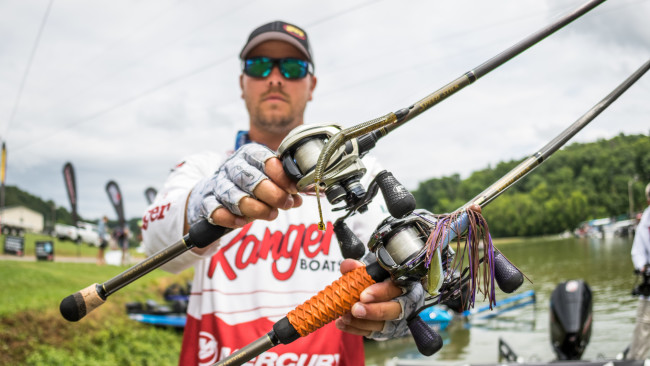 2. Fishing offshore doesn’t have to mean fishing deep, as Cole Floyd proved fishing 5-foot-deep offshore bars. He caught his big bag on day two utilizing a 10-inch worm, which he hopped along the bottom in an effort to keep it out of the slime that he says coated the bars. He also sampled a few other offshore spots to catch him limits, alternating between a Strike King 6XD in apple shad, a big flutter spoon and a jig. 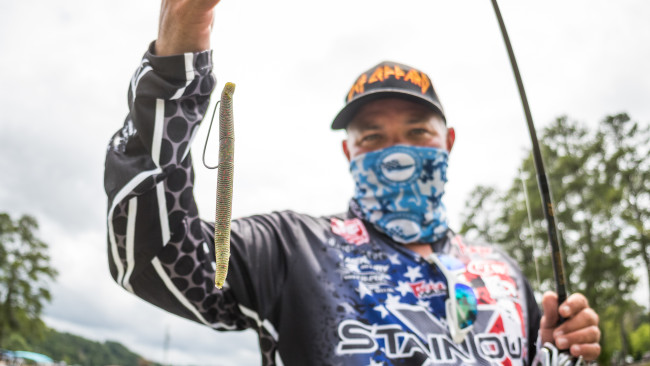 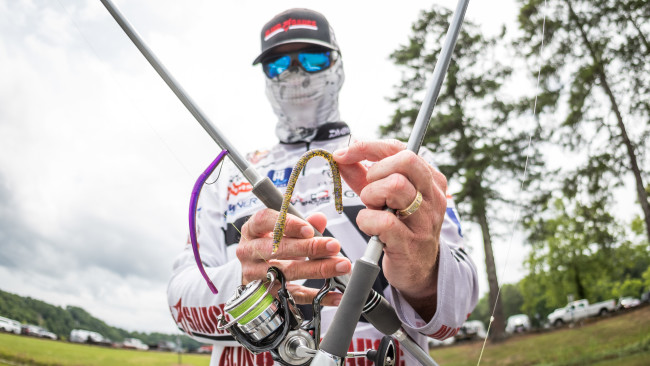 4. Cody Meyer is one of the best finesse anglers in the sport, and to the surprise of no one, that’s how he set himself apart this week fishing offshore community holes on Chickamauga. His tools were a drop-shot with a Strike King Finesse Worm in various shades of watermelon on an 1/0 Owner Cover Shot hook with a 1/4-ounce Strike King Tour Grade Tungsten weight, plus a Neko rig. For both rigs he used 6- and 8-pound-test Daiwa J-Fluoro fluorocarbon. 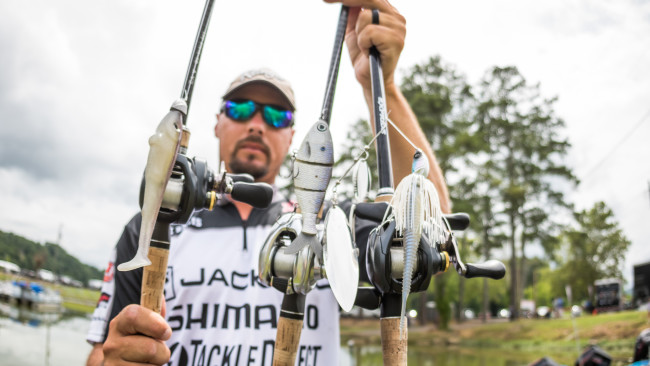 5. Most anglers focused most of their efforts either shallow or deep. Alex Davis did both. Up shallow, Davis keyed on little pockets of hydrilla with a prototype Scottsboro Tackle hard swimbait. Out deep, he threw a Jackal Megalo Doon 1 1/2-ounce spinnerbait with a No. 15 blade on it. He also used a 6-inch Scottsboro Tackle soft-plastic swimbait in natty light on a 1-ounce jig head. 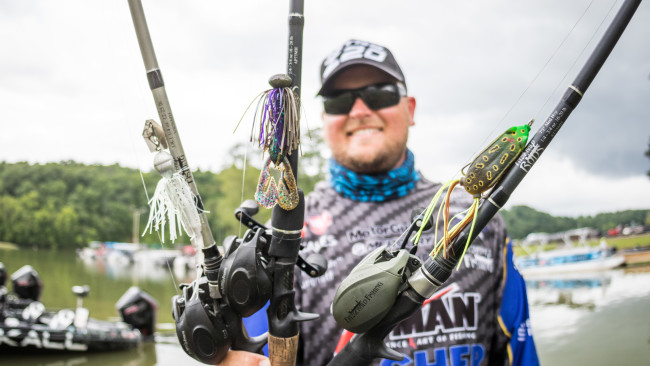 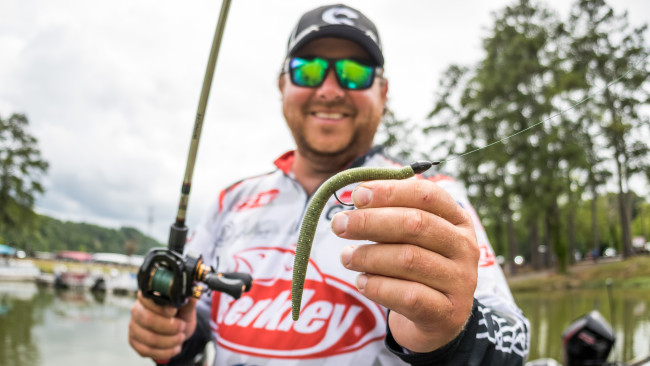 7. John Cox kept his impressive streak of success on Chickamauga going thanks to one shallow spot of pepper grass. He caught 16 of his 20 keepers in the spot, no bigger than his front deck, on a prototype Berkley frog or a Berkley PowerBait MaxScent The General on a wacky rig or Texas-rigged. He caught the other four keepers up the river on a Dirty Jigs casting jig with a Berkley PowerBait Pit Boss trailer 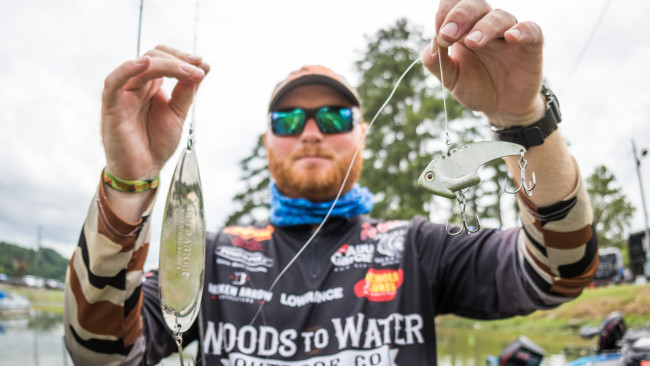 8. Josh Weaver says he may need a week to recover after ripping a Hog Farmer Ledge Hog blade bait all week and bruising up his left side. He threw it on a 7-foot, 6-inch heavy Abu Garcia Fantasista Premier rod with 20-pound-test Berkley Trilene 100 Percent Fluorocarbon. When he needed a break from the blade bait, he’d pick up a drop-shot tipped with a Zoom Z3 in hologram dawn, which he threw on a 7-foot Abu Garcia Fantasista Premier and 8-pound-test Berkley 100 Percent Fluorocarbon. He also mixed in a Ben Parker Spoon and caught most his weight on day two on a topwater when the fish came up schooling. 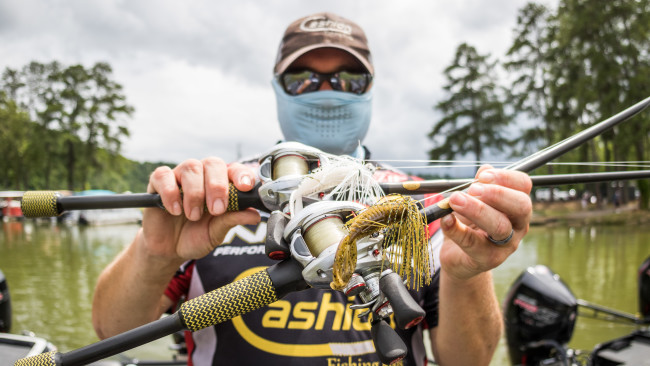 9. David Williams is a jig fisherman through and through, and that’s what he relied on this week around docks. If it was cloudy or rainy, he swam a white 1/2-ounce TrueSouth jig with a white Zoom Z-Craw trailer. Then, when the sun came out and the fish moved to the bottom, he changed over to a green pumpkin Queen Tackle jig with a Zoom Z-Craw trailer. 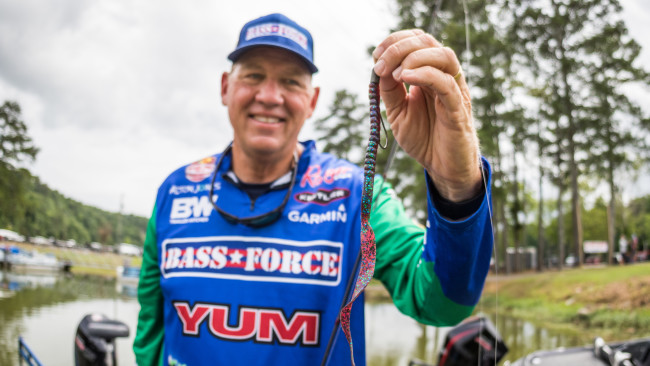 10. Looking to fish offshore while still staying away from most other anglers, Alton Jones used his Garmin electronics to locate brush piles, which he then plied with a red bug 10-inch YUM Ribbon Tail worm with a 1/2-ounce weight and a 4/0 hook.