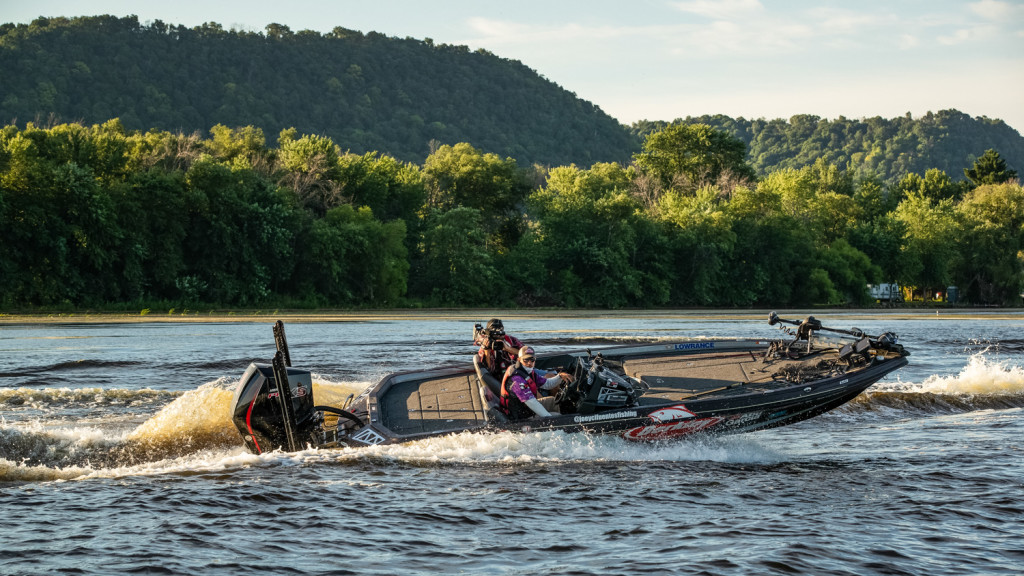 There’s a lot at stake in the final Tackle Warehouse Pro Circuit Super Tournament on Lake Erie. Aside from someone taking home the $125,000 top prize, Angler of the Year and Polaris Rookie of the Year will be crowned. But there is another important thing to be settled on Erie: finalizing the field for the Tackle Warehouse TITLE presented by Toyota on Sturgeon Bay. The top 50 anglers in the points will qualify, and while some are already just about locked in, others will need to fish down to the wire.

While Major League Fishing competitors aren’t eligible for the TITLE, the points are stacked tight for the Pro Circuit anglers hovering around that 50th-place cut – and for many of them it will be their first look at the Great Lakes.

Here’s a look at who’s on the cusp of making it to Sturgeon Bay later this month. 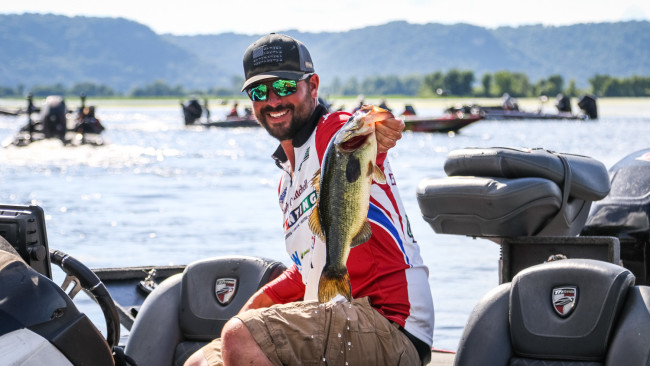 Currently Darrel Robertson sits in 50th with 701 points, though Brandon McMillan is virtually tied with him as he also has 701 points, but is in 49th. Giving the bubble a buffer of 10 places either way of 50th leaves Joey Cifuentes (40th) and Kurt Mitchell (41st) on the safer side of the line with 723 points apiece. Cifuentes has fished St. Clair, but really lacks a lot of Great Lakes experience, however, Larry Nixon is a close friend and mentor to him, so you can bet Cifuentes has soaked up plenty of knowledge over the years. Mitchell on the other hand does have experience with smallmouths up north and placed 18th in the Toyota Series event on Erie back in July, so he seems primed to keep himself in position to make the TITLE.

Moving down the list, guys like Jim Moynagh (43rd), Jason Vance (45th) and David Williams (46th) all have experience chasing smallmouths in and around the Great Lakes, which could give them the advantage in terms of knowing how to break down such a massive fishery to get the points they need to qualify for Sturgeon Bay.

Mitch Crane (42nd), Matt Greenblatt (44th), Laramy Strickland (47th) and Darrell Davis (48th) all fall under the category of newcomers to the region. Greenblatt and Davis have both fished St. Clair with mixed results and Champlain is another northern fishery the two have experience on, but that doesn’t mean it will translate to the western basin of Erie. As for Crane and Strickland, they have both had solid seasons and the largemouth fishery around the area could help them feel at home should they choose to pursue it. In fact, there’s a chance they could make the TITLE focusing solely on largies, especially if the wind blows on the big lake making it tougher on the smallmouth crew. 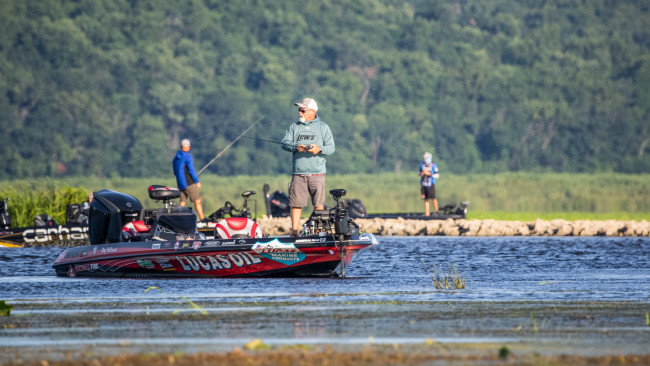 Sitting in 60th with 670 points is Braxton Setzer, who finished 60th on St. Clair back in 2018, and also has some Champlain experience under his belt – but that doesn’t mean much on Erie. The thing Setzer has going for him is that he’s pretty solid at using his graphs, so he should be able to find a few schools of the right smallmouths he’ll need to make up ground to get inside the cut for the TITLE.

The remainder of the group between Setzer and Robertson is comprised of rookies and a few veterans. Bill McDonald (57th) leads the charge both in seniority and Erie knowledge and that certainly should give him a solid head start on the bunch when it comes to locating schools of smallmouths and knowing how to adjust when the weather changes during the event. Kyle Weisenburger (52nd) is another guy with the right know-how and experience to have a good tournament on Erie. He finished 34th on St. Clair in 2018 and has played around on Erie and St. Clair enough throughout the years that he should be in prime shape to slide inside the top 50.

With 24 points separating Tyler Stewart (51st) and Derrick Snavely (59th) it’ll be interesting to see how these fresh faces to the Great Lakes handle not only the vast fishery, but also piecing together a game plan that puts them in contention to make the TITLE. When you consider that Darold Gleason (53rd), Wade Strelic (54th), Tommy Dickerson (55th), Kyle Gelles (56th) and Tyler Woolcott (58th) are all sandwiched in between, it’s likely to be a shootout for the final spots in the TITLE roster. 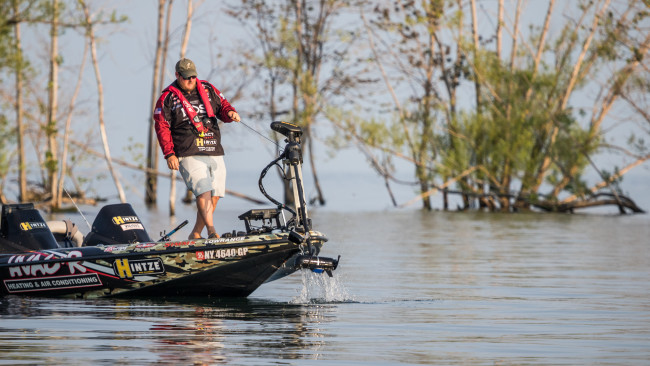 Down, but not out

Scanning down the points list below 60th place there are a few smallmouth hammers to keep an eye on that could really make up some ground. AJ Slegona (63rd) and Josh Douglas (64th) with 667 and 662 points, respectively, and are without question two of the better smallmouth anglers in the field. Brad Knight (70th) has been putting a lot of time in over the past few years dialing in smallmouths and after finishing third on St. Clair in ’18 he’s been waiting for another shot at big water smallies.

Of course, you can’t overlook Chad Grigsby (72nd) who won the St. Clair tournament a few years ago and also spent a large portion of his life learning how to find and catch smallmouths all around the Great Lakes and St. Clair. Lastly, John Voyles (78th) is another guy with Erie experience who could gain ground on the TITLE cut line.

Don’t be surprised if someone down the list more makes a wild charge in the event fishing with a “nothing to lose” mentality. Crazier things have happened and on a fishery as big as Erie, where smallmouths and largemouths play and weather can be a huge factor, it’s likely to be quite a show to finish the season.