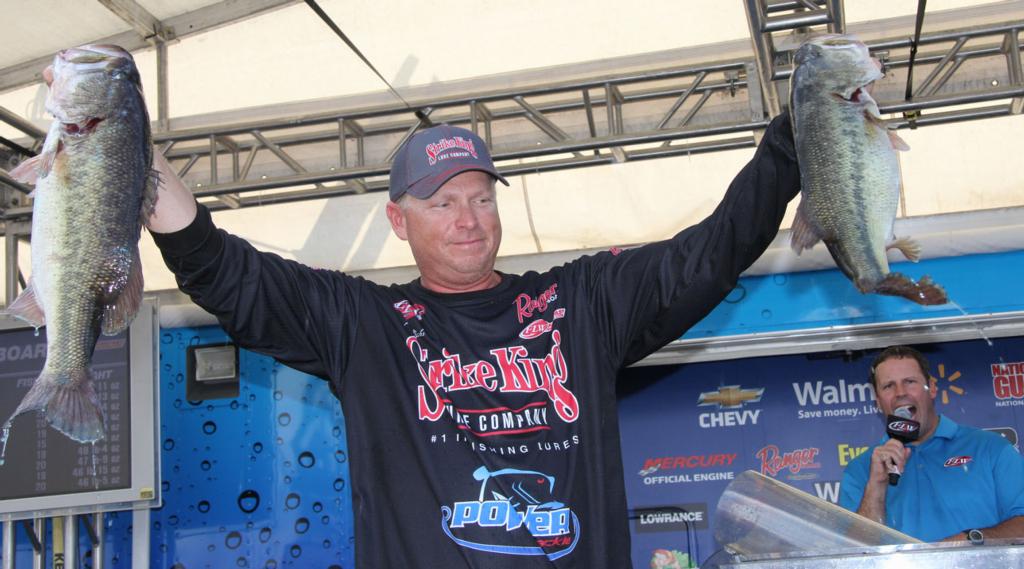 FLW is saddened to report that Phil Marks, Senior Vice President of Sales for Strike King and tournament angler, passed away at the age of 55 following a long battle with cancer.

Marks passed on the morning of Saturday, Nov. 21 at home in Dallas, Texas with his family. He is survived by his wife, Robin and children Taylor and her husband Austin, Payton, and Hunter along with his father, Phil and his sister, Leann and her husband, Nathan.

Marks, a proud graduate of Texas A&M, spent his professional life in the fishing industry. Marks served as the head of Research and Development for many years at Strike King and was critical in collaborating with key pro anglers over the years to produce baits that claimed numerous titles at every level of tournament angling. From Bassmaster Classic titles, Bassmaster and FLW Angler of the Year titles and numerous wins on Bassmaster, FLW and MLF tours and events the world over, his influence and accomplishments within the fishing industry cannot be easily measured.

While many would know his work as a lure designer, Marks was also an accomplished tournament angler. In his fishing career, Marks competed in 49 FLW events, notching three victories, and 14 top-10 finishes.

Outside of his business pursuits and his passion for the outdoors, Marks was a devoted family man, coaching sports teams for his children and sharing his passion for life with family and friends. He experienced more in his 55 years of life than most do in 90. Marks was larger-than-life and that was reflected in his incredibly deep and genuine relationships with his colleagues.

“From day one upon joining the team, the family culture within Strike King was palpable and real,” says Rather Outdoors CEO, Ken Eubanks. “Through John Barns leadership, accompanied by Doug and Mary Minor, Crispin Powley, Phil and others, I was offered the opportunity to be made part of their family. Over the years since, I got to know the core of the Strike King team more deeply, and can say without question that Phil Marks left his unique mark on me, as he did so many others. The best words I have to describe Phil is that he uniquely embodied everything that is right about the fishing industry and this lifestyle we’re all so passionate about. Phil was unique, genuine and authentic in everything he did, both within his profession, and his life overall. He will be deeply missed, and I consider him a truly irreplaceable part of our company, and my life, along with the many other lives he’s touched over the years.”

Marks leaves behind a catalog of contributions to the fishing community, as well as a significant void in the company he loved, but more importantly, in the lives of the people fortunate enough to enter his world; he will be sorely missed.