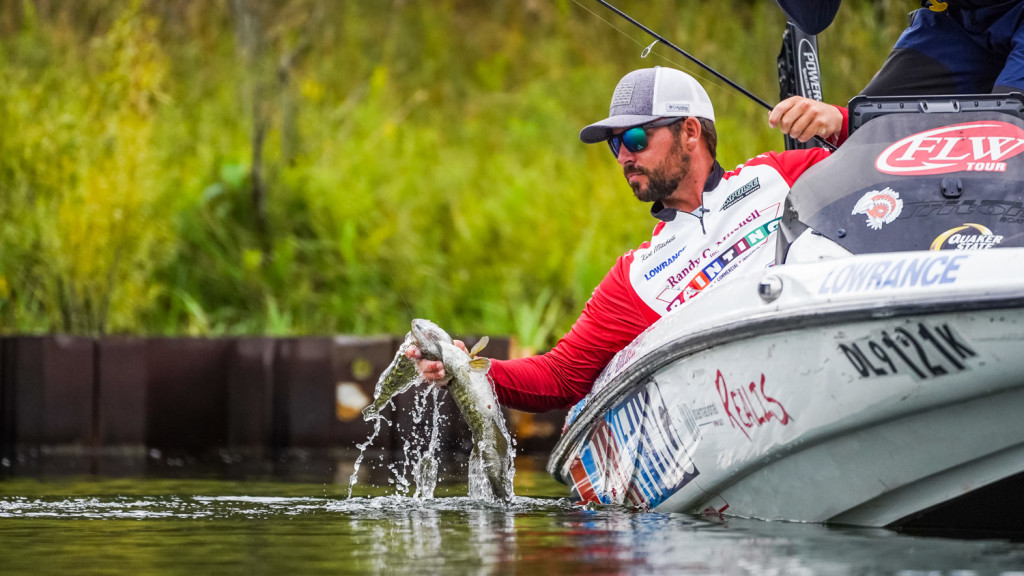 From time to time, MLF checks in with its anglers to find out what they’ve been up to, what they’re listening to, who they’re following and where they’re heading while out on the tournament trail. This week, we caught up with Delaware pro Kurt Mitchell.

So, you had a fantastic season in 2020, what’s your offseason been like?

I’m doing nothing now, I’ve got COVID. I don’t feel that bad, but I don’t feel good. This is the fifth day of it, and today’s been the worst so far, which I thought was kinda weird.

Otherwise, this offseason, I’ve been going to the gym more than I ever have. I always go to the gym, but I’m fishing the best I have, so I told myself I might as well be in the best shape I’ve ever been. I’ve tried really hard to do that, I don’t think I’ve quite got there, but I’m really close. Other than that, I’ve been painting a little bit, and fishing sporadically.

Your boat always seems to be hanging by a thread at tournaments. What’s the plan for 2021?

The bad thing is, I was about to say “screw it” and just put a new motor on and run it another year. But, I think I’m going to end up buying John Hunter’s boat instead. I had a deal to get a Phoenix, but it fell through, and then I finally got up with a dealer to get me a good deal, and it was going to be too late to get the boat in time.

It’s always a lot of fun on the boat front with me. But I’m pretty sure I’m going to buy John’s boat this week and it’s going to be good.

Sounds like a gem of a Triton is going to be for sale soon.

You know how the foam in boats can get waterlogged? My boat’s biggest problem right now is that it’s so freakin’ slow. We’re talking about a 62 mph top end. Should be easy to sell, everyone wants a 62 mph boat, right?

What’s been your biggest boat mishap over the years?

There have been so many little things, but it was probably when my motor ripped off at Toho. I never hit anything, just the whole bottom of the motor ripped off. The housing and everything, it was just gone.

What are you planning on breaking on your boat this year?

You crushed in the Tackle Warehouse TITLE, and you won a Toyota Series event on Lake Erie in 2020. What was it like to have such a great season last year?

The beginning of the year didn’t start off so great. I had some boat problems, of course, but I knew I was fishing good. I just had some bad breaks.

When I went to Erie and won that tournament, it’s like the bad luck just quit. Winning that tournament relaxed me. Honestly, before, if I had a bad tournament or a bad practice I was super hard on myself. Now, if I have a bad practice, I’m super relaxed about it. At Cumberland, I got a top 10 there, and I only caught like three keepers the whole practice. Then I went out there and got a Top 10.

The difference with me right now is just confidence, that’s all it is. When I was fishing local tournaments, I went like four years without placing outside of the top 10 in any tournament. That was just because of confidence – I knew I would do good. I’ve always been trying to find that confidence fishing the Pro Circuit and whatnot, and I never found it until this past year. Confidence is what it’s all about.

My plan this year is to keep that rolling, I’m worried about having one bad tournament and losing my confidence, I just want to keep it flowing, stay relaxed and hope for the best. Winning Angler of the Year and a tournament or two would be awesome. But, I try not to think about things like that too much.

Delaware isn’t exactly close to most of the schedule, what kind of music or podcasts do you like to listen to on the road?

My first couple years, it was just music, any kind of music. When you drive 12 or 13 hours straight, it doesn’t matter what music it is, you’ve heard it 100 times. Now, I listen to a lot of podcasts, The King and the Sting is pretty funny, and I listen to all sorts of fishing tournaments and things on YouTube.

If you could spend one day in the boat with another Pro Circuit competitor, who would it be?

I’d have to say Jordan Osborne. I’ve been fishing with Jordan a handful of times before, and how calm he is out there is something I really need to learn. He is the calmest person on the water that there is. Plus, he’s just a great guy, I respect the hell out of him. As far as learning, I’d like to fish with him. Matt Becker is another person I could learn from, for sure, but Jordan is mentally stronger than anyone else on tour I believe.

If you talk to Jordan about fishing you would think he doesn’t catch anything. But he’s so mentally strong that he does. His bait selection, he doesn’t look into that hardly at all, but he catches them. The way he fishes is just different than anyone else.

Got any favorite snacks or drinks on the road or in the boat?

I don’t have anything in particular. I try not to eat too many carbs, and that throws a lot of snacks out the window. And, I’m actually allergic to fruits and vegetables, so it’s really just meat.

That’s a true story. It’s actually a real thing, it’s more of an acid thing. I’m allergic to the acid in it, and my throat seals up.

Any technique you’d like to improve on for the 2021 season?

Last year, fishing with LiveScope, I felt like it improved my offshore fishing tenfold. It gave me a lot of confidence fishing offshore. This year we’re going to have a couple tournaments where brushpiles are a big deal. I need to make sure I’m on form for my brushpile fishing, that’s not a thing here in Delaware, every year I get better and better at it, this year I’d like to be good at it.