GALLERY: Final Hours of Stop 5 on the James River 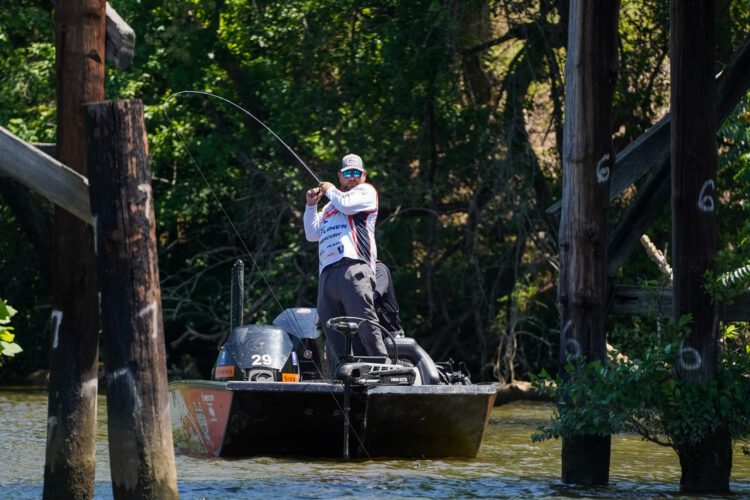 RICHMOND, Va. – The tide on the James River increased its movement during the afternoon, and so did the Top 10 pros at the Toyota Stop 5 Presented by PowerStop Brakes. With a lengthy boat ride ahead of them, anglers fishing further downstream around the Chickahominy River rushed back to Osborne Landing. Some pros closer to the ramp found favorable tidal movement and made some last-minute culls before heading to the weigh-in.

Check out the view from the water, and see which anglers on the Tackle Warehouse Pro Circuit Presented by Fuel Me made late-day upgrades on the James River.