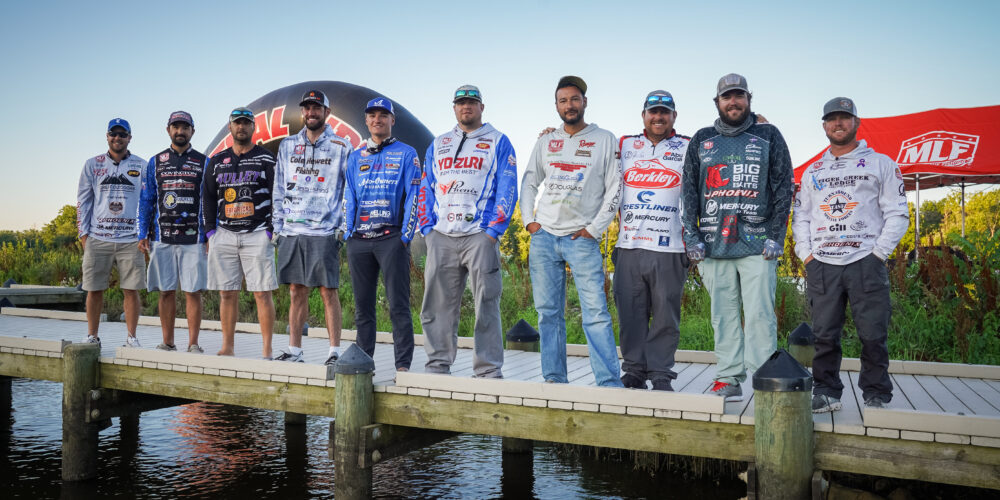 RICHMOND, Va. – So far, at Toyota Stop 5 Presented by PowerStop Brakes, the James River has proved itself as quite the fishery. Before the tournament, many said that the fishing has dramatically improved over the years and the results showed that every day. Quality bags were the norm and each of the ten anglers remaining has posted at least one day over 16 pounds to get this far.

That seems to be the mark to show a solid day this week, but with weights starting over today, the question on everyone’s mind is what weight will it take to win the Tackle Warehouse Pro Circuit Presented by Fuel Me event?

While fishing well, the river has also proven to be fickle as Grae Buck led after each of the first two days and was sent home early after catching a limit weighing 8 pounds, 14 ounces and falling to 11th place.

So, What’s It Going to Take?

The weight estimates to take home the trophy are mostly in the upper teens.

The leader after three days, Nick LeBrun, believes the high mark of 17-9 yesterday should be close to or at least knocking at the door for a win.

“I’m going to say 17 or so should be good and 16 to 17 will give you a shot on Championship Sunday,” said LeBrun. “But, I think the weights could also go down a little bit because a lot of us are fishing the same water and it’s getting beat on.”

“I’m thinking 17 pounds will win it,” said Crane. “It’s probably going to come down to whoever can catch the biggest bass of the day. The big fish go a long way, but even with a 6- or 7-pound fish, you can still end up with 12 pounds here.”

“I think you’ll have a right to be excited if you get past that 15-pound mark,” Setzer said. “Anything above that, and I’ll be excited. Someone may sneak in there with 19 pounds if they catch a big one.”

Rookie pro Cole Hewett grabbed the last spot in the Top 10 and has a feeling it will take at least 17 pounds based on what he saw late in the day yesterday.

“I think that will give you a chance, but I have a feeling somebody’s going to catch 18 or more,” said the Florida pro. “I know where some of the other guys in the Top 10 are fishing and that area has really good quality. I caught a 4-pound fish on my last cast and one of the other guys (in the Top 10) was hooked up at the same time. It’s a big fish area, and I feel like they will bite again tomorrow.”

After leading the event for the first two days, Buck went to the same areas, but it didn’t work out quite as well for him.

“I started in the same areas I had been catching them all week,” he said. “I had to wait for the tide to get right and decided to hunker down and wait for the higher tide. I hoped they’d be there and the tide would turn them on, but it didn’t get right until 11:30 am and they didn’t bite. I played the waiting game and it didn’t pay off.”

After realizing it wasn’t going to happen, he made adjustments and caught plenty of fish, just the wrong quality.

“I had to scramble and it was too late to run up to my other areas at the upper end of the Chickahominy,” he said. “I went to another creek and they were eating. I caught more fish today than I did all week; but they were much smaller.”