ROY Update: Johns Takes Over at the Potomac 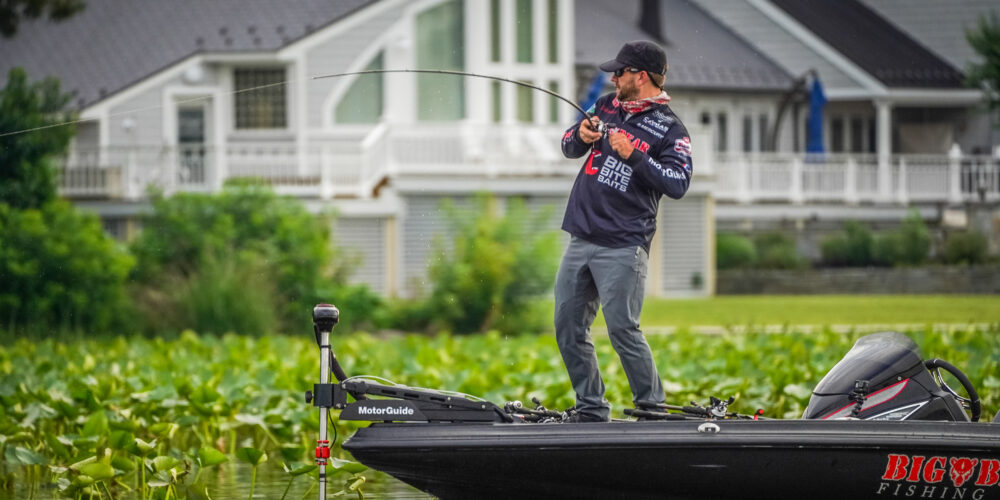 One of the undeniable superlatives of the 2021 Tackle Warehouse Pro Circuit Presented by Bad Boy Mowers season has been Clabion Johns. Basically fishing a frog better than anyone else alive, Johns has surged to the top of the rookie class and made the cut three times this season. Of course, he’s not the only rookie who has impressed in the Polaris Rookie of the Year race, but he’s been by far the most consistent. That means that after the showdown on the Potomac River, Johns is heading into the season finale at the St. Lawrence with a big lead.

2021 hasn’t been an easy year for the rookie class, but Clabion Johns has impressed throughout and is a virtual lock to qualify for the Tackle Warehouse TITLE on the Mississippi River. Because of the fishing style he’s showed off this season, he’ll doubtless be one of the favorites at the season-ending championship.

Sitting at 11th in the points after the Potomac, Johns has a 60-point edge over Tai Au in the standings. He’s done it shallow the whole way, many times with a frog, and completely backed up his fifth-place finish in the points in the Toyota Series Southeastern Division back in 2020. So far, his lowest finish on the year is 90th at Smith Lake, when he only caught two keepers on Day 1 before rallying back with a limit on Day 2. His best finish came just last week at the Potomac, where he hung in the Top 10 on the first two days before dropping to 13th on Day 3.

All that said, the Rookie of the Year race is historically more volatile than the Angler of the Year race, and Johns isn’t perfectly suited to the final event at the St. Lawrence. Could he go shallow and do well on largemouths? Maybe? Will the tournament be won with smallmouths? Almost certainly. In all, the event sets up well for Au and poorly for Johns, so there’s still a chance at some good drama ahead.

Tai Au has had a rollercoaster of a season so far. Earlier in the year, the Arizona pro put together back-to-back Top 10 finishes on Smith Lake and Lake Murry. Unfortunately, he bookended them with a 135th place showing at Okeechobee and a 94th place finish at Lake Eufaula.

While Au has unquestionably impressed this season, he’s in a pretty distant second behind Johns. Still, back in 2018, Matt Becker roared from behind to beat Sheldon Collings at the last event of the season on St. Clair. There was a 73-point difference then, but Collings also finished a brutal 170th in the event. Johns is likely to come out of the season happier than Collings was in 2018, but if he does take it on the chin, Au could be ready to pick up the slack. A clear water expert, it’d be no surprise to see him join the ranks of western pros who are strong when smallmouth time rolls around.

Hibdon, Cooper and Huff are Standing By

At this point in the season and with the standings as they are, it would take a lot for some of the other rookies to win ROY. Lawson Hibdon, Justin Cooper and Cody Huff are all looking good for the TITLE, but they’re also a long way off the pace that Johns is on. With 709 points for Hibdon, 705 for Cooper and 701 for Huff, each young pro has put together a good season with induvial impressive moments. Nonetheless, they’re all 80 points or more behind Johns.

Could it happen? Sure. But, if one of them ends up hoisting the trophy at the end of the season it’s likely they put together a superlative event at the St. Lawrence and got a little help from Johns and Au.