This crankbait will catch fish for people other than John Cox 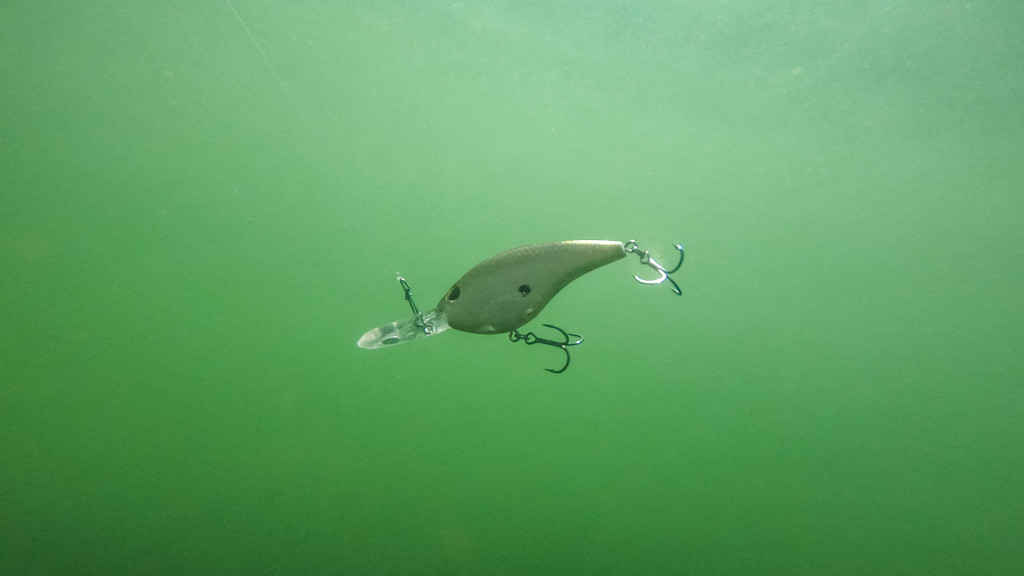 Berkley’s take on a flat-side crankbait is the Frittside, a plastic bait that is designed to have the same action and attraction as balsa baits. Designed in part by David Fritts, who is one of the best crankbait anglers of all time, it seems to be a good bait at a good price. 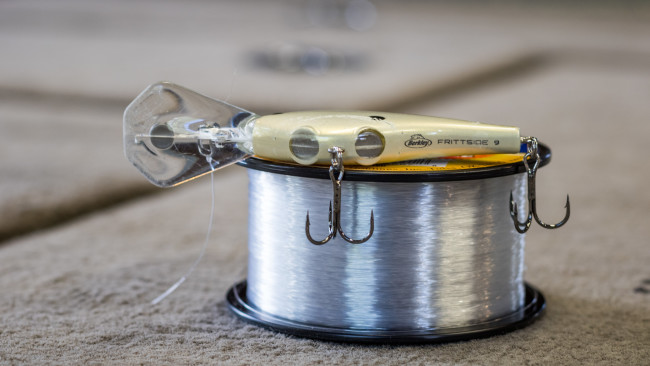 The outline of the bait

I’ve only used the No. 9 size Frittside, which is the largest, heaviest and deepest running, but the bait comes in two smaller sizes. The No. 5 is a fairly small bait with a bill that is more like a square than anything else. The 7 and 9 have coffin-shaped bills with added weight in the bill to help the bait get down more quickly. The No. 9 has two small weights visibly built into the belly, and no rattles or weight-transfer system to make noise or enhance the castability.

The bait itself, for the No. 9 in particular, has a classic flat shape. So far the hardware seems to be really good, with no suspiciously bent-out trebles or split rings showing up. There are 18 colors, and all the solid baitfish colors have a black dot on them. Some of the colors really look good, with a few nice craw patterns and probably every shad pattern you need. 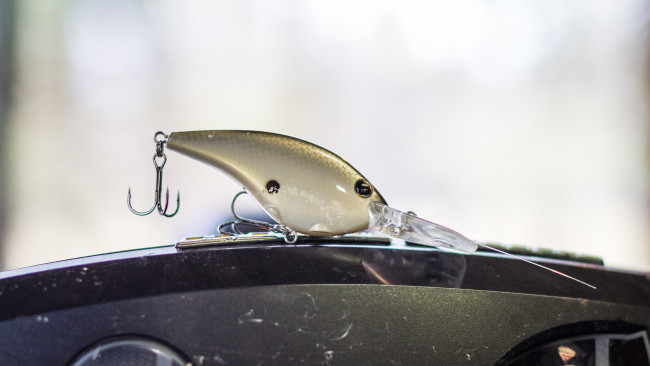 A consistent drawback of balsa is that it’s light and breakable. Not that balsa baits aren’t great, but unless carefully cared for they sometimes have short lifespans. In the wind, they can be a nightmare to cast on baitcasting gear. Plastic baits solved those problems handily, and modern plastic baits have made a lot of balsa baits optional rather than essential.

From a durability standpoint, the Frittside bait seems to shine. I’ve caught a decent number of fish on one of them, and also slapped grass off it a few times and kissed a bluff with it. I don’t know if it’s solid enough to clear grass with a lipless crankbait level of enthusiasm, but you can definitely slap some vegetation off with no ill effects. In several days of fishing this particular bait, I haven’t had to tune it at all, and I haven’t had to tune any of them right out of the package.

The Frittside casts well for what it is, but it doesn’t cast like a rocket. Still, you can manage it on a variety of baitcasting gear. I fished it on everything from my 6XD rod to my jerkbait rod. While it definitely performs best on lighter rods – perhaps even lighter than what you might use for a square-bill – you can fish the No. 9 on a decent range of tackle. 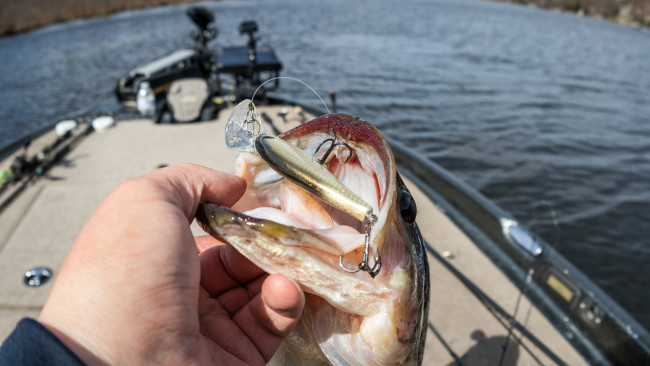 I’m by no means a legendary crankbait angler, but I’ve now managed to catch quite a few fish on the Frittside in water temperatures below 50 degrees. It’s got the sort of easy, fairly tight action you’d expect for a bait of its design, and the fish seem to eat it pretty well.

I’ve mostly cranked rock with it so far, with a little bit of action on the edge of grass, and the bait doesn’t hang up much at all. I’ve caught perch and sheepshead and bass on it, and the bait seems to run into that 6- to 9-foot ballpark pretty reliably. Having caught smallmouths and largemouths on it now, I’m pretty sold, and definitely looking forward to a few more scenarios for the Frittside. 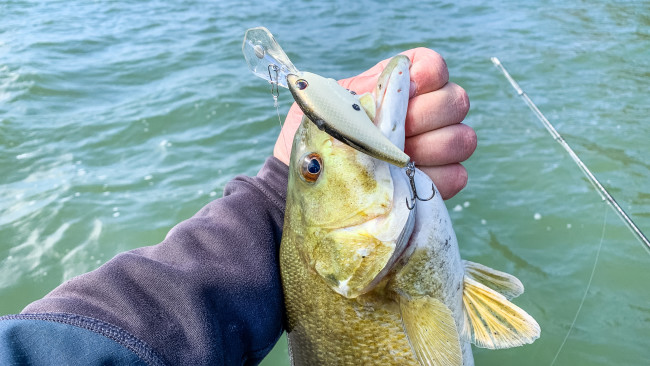 I’ll never crank as much as a lot of folks, but I think the Frittside has earned a place in my box. The No. 9 seems to be a really good size, and though I may try the No. 7 in the future, I think the 9 covers a lot of your shallow and mid-depth finesse cranking needs. For less than $10, you get a bait that’s tournament-proven, has good hardware and fills a gap that isn’t just covered up with alternatives.