It’s a unique frog that is quite good 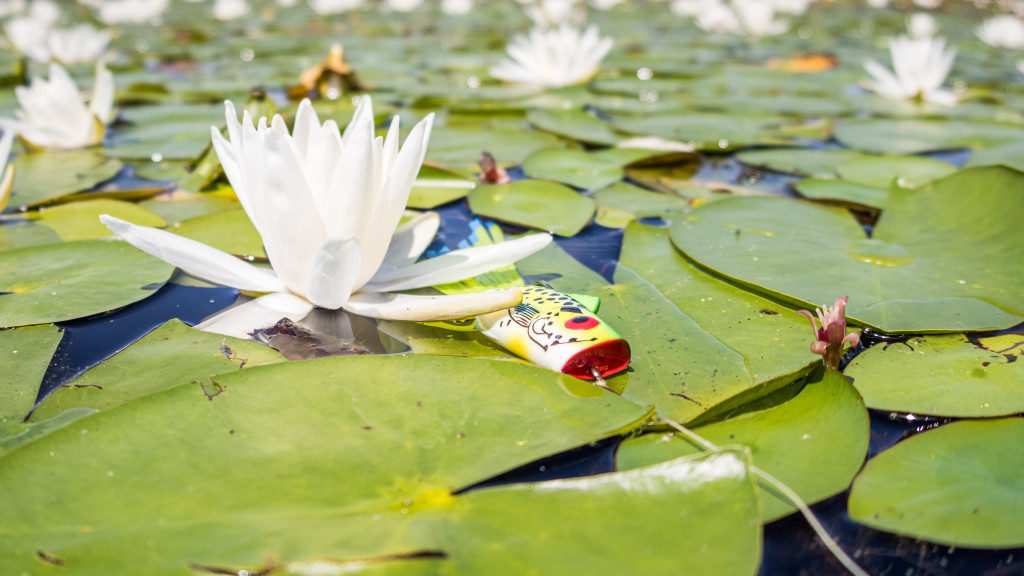 The frog world is pretty stacked with good options these days, but the Strike King Popping Perch still manages to stand out. One of the oddest looking hollow-bodied topwaters on the market, it’s made waves at the Toyota Series level for a while and should probably be in the running the next time you’re hunting for a new frog. 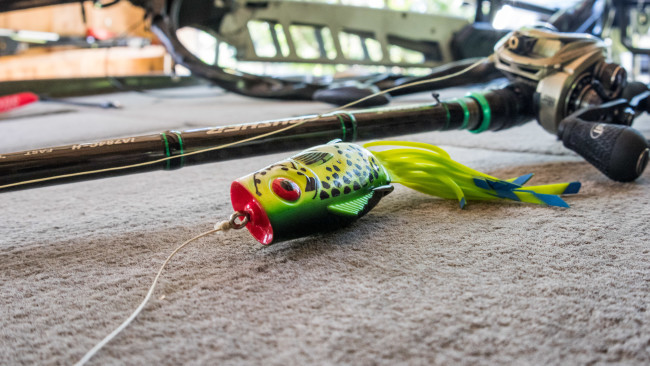 As far as a frog goes, the Popping Perch body isn’t that different from a regular frog. It’s a bit flatter, has little fins, and the popping mouth is fairly small, but it’s a still a hollow frog at the end of the day. The hooks are stout and perfectly sized for it, and actually have a bit more gap between them and the body than is common, which I think is a good thing – you don’t need to bend them out at all.

The butt end of the Popping Perch is where it gets interesting. Instead of two legs, it has a broad skirt that spans across the back of the frog and is made to look like a fin. According to Todd Castledine, who was one of the primary designers of the Popping Perch, the fin was a happy accident in a prototype that perfectly matched his dreams. In and out of the water, the fin looks like a lot. On other frogs, folks often trim the legs a little, but the intent with the Perch seems to be to leave the skirt as-is. 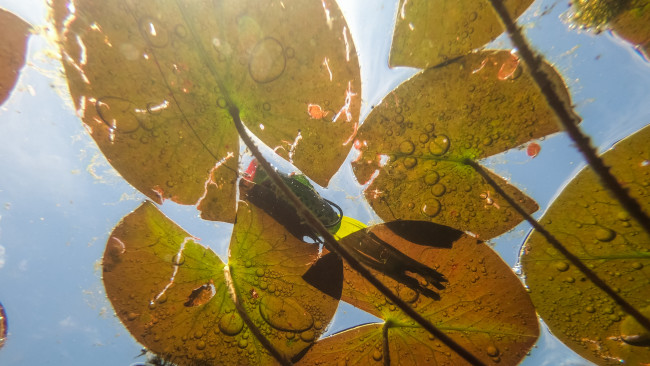 Due to being fairly light and having a popper mouth, the Popping Perch is not phenomenal in really thick pads or mats. However, for open water and lighter cover, it’s rapidly become a go-to for me.

Because it is lighter when empty of water and pretty flat, the frog skips really well. Even if you aren’t Dean Rojas, you’ll likely be able to reach a bit farther around and under stuff with this dude than you can with some other frogs. It also does all the normal frog things well – it walks and pops and comes though cover with aplomb.

I’ve been particularly impressed with how it walks. Considering its non-standard tail, I was a little concerned that it might be more of a chugger than a walker. While the frog does work well with longer pulls, short twitches get it walking right out of the gate every time. 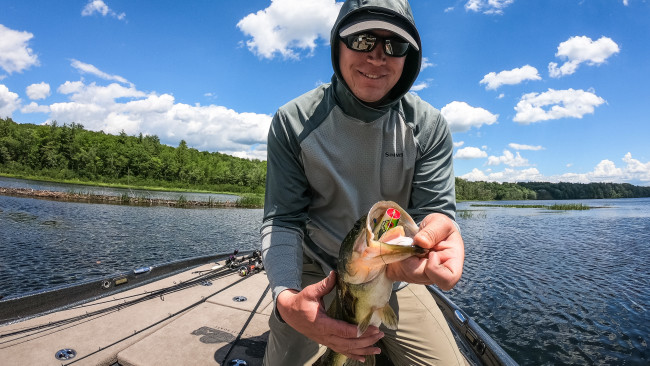 In fishing the Popping Perch pretty hard for about a month, I’ve gotten plenty of blowups on it and the fish seem to really get it most of the time. Obviously, you’ll miss a fish or two on a frog, but I was honestly concerned that a lot of strikes at the tail would lead to a lot of misses. That hasn’t been the case at all. I’m not sure if I’ve just been around a lot of dumb fish or the different profile is a real catcher, but it really does work. I’ve had plenty of bites that are kinda noncommittal and take some finessing to force a strike, and when they do chomp it they invariably get it deep. Alternately, I’ve have had my share of super aggressive fish blow up and basically choke it instantly. 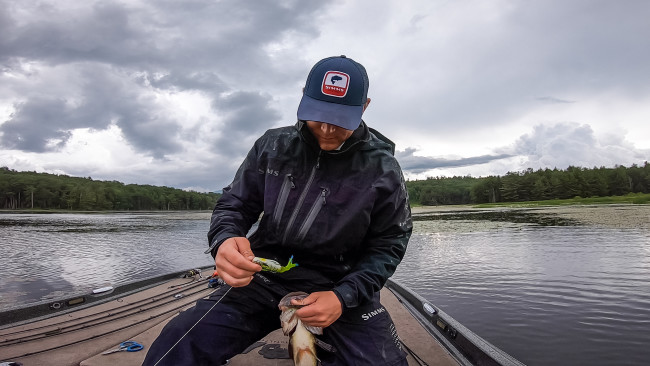 Obviously, the Popping Perch looks a bit like a gimmick, but I can’t argue with the results. I think it may be a little more fragile than some other frogs, and it seems to take on water a bit faster than is usual, but neither of those flaws have me sweating. The bottom line is that I’ve introduced a new frog into my summertime arsenal, and that’s pretty notable considering how unchanging my frog box has historically been.

Size: 2 ½ inches without the tail, 5 ½ inches including the tail