The reel lives up to its billing as a casting champ 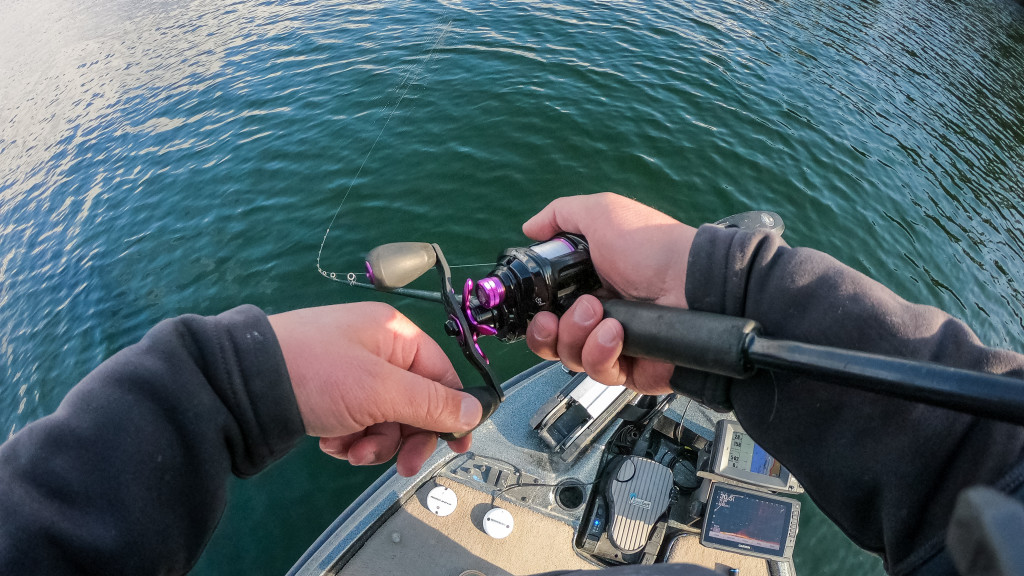 Sleek-looking with purple accents, the Abu Garcia Revo EXD looks like it should be something special. After slinging a lot of jerkbaits and topwaters with it and using it to put a bunch of fish in the boat, I think it lives up to its looks. 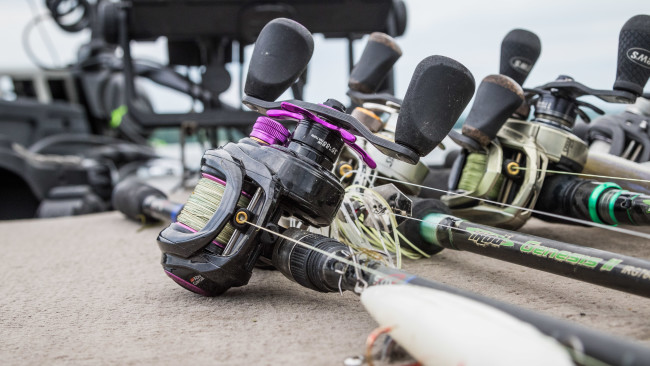 The basics of the reel

Put together on a standard low-profile frame, the EXD is light and comfortable to fish with. Outside of the color, the feel and performance remind me a lot of the Lew’s Team Lite Speed Spool, which is a reel that I have a tremendous amount of fondness for. With a swept-back carbon-fiber handle and foam grips, the EXD basically has all the extra features you’d expect a modern, high-end baitcasting reel to have. When it’s in your hand, either out of the box or on the water, the whole thing feels fairly solid, and everything on it works well. I haven’t had the anti-reverse not work or the button stick or anything like that.

For cast control, the EXD has a spool tension knob and a magnetic braking mechanism, both of which seem to do a great job. My only complaint on that front is that the brakes don’t click as you adjust them, which makes me feel like I’m doing a sloppy job of dialing things in, even if that’s not actually the case.

The black and purple styling of the reel is interesting and bold. Personally, I think that it looks better in the abstract than on a rod, so if I could order it in a plain version I’d do that. But, I can see someone really liking how this reel looks. 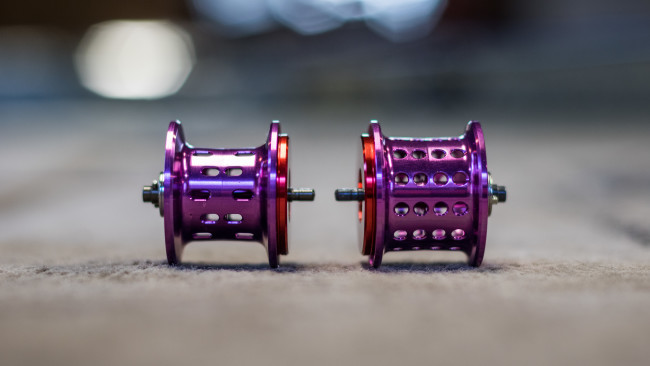 So, about that second spool

One of the things that stands out about the EXD is that it comes with a second spool. It’s not terribly uncommon to get a second spool with a spinning reel, but it’s pretty rare with a baitcaster. Some folks believe the second spool contributes to the cost of the reel, and that makes sense to me.

The spool that comes on the EXD is perhaps a bit shallower than an average baitcasting spool, but not a lot shallower. I don’t think there’s any reason you couldn’t fill it with 40-pound-test braid or 16-pound-test flouro and fish pretty comfortably for a while. For lighter line, like 10-pound-test mono, the regular spool can load up with a ton of yardage.

The second spool is a lot shallower and slightly lighter, with larger diameter holes in the interior wall. The idea is that a lighter, shallower spool is better for casting light baits, and if you wanted to put light line on it, like 8- or 6-pound test, you wouldn’t need to put on a ton of backing. You can also fish comfortably with 10- or 12-pound test and the shallow spool, which I’ve done a decent amount, but if you lose a good chunk of line to a backlash or a snag you’re in trouble. You can also fill it with 30-pound braid and fish a topwater just fine with it, but again, if you lose a good chunk of braid you’re out of action pretty quickly.

Casting both spools in the field with the same 10-pound-test mono and the same bait, you can definitely cast a little farther with the small spool. But, with a regular jerkbait the difference doesn’t blow you away. I suspect that it’d be more noticeable with a lighter bait, like a small swimbait or something. I wouldn’t say that the secondary spool is the primary reason to buy this reel, but I could see it becoming very important for some people in certain applications. 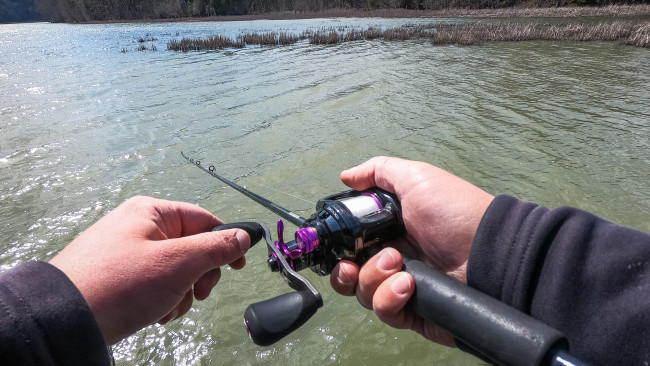 When it comes time to actually fish, the reel is great. It casts well, feels smooth and the drag seems to be very solid. I’ve mostly used it to fish a jerkbait for smallmouths this spring, cranked with it a bit and throw a topwater. I haven’t been disappointed in the performance at all. I also don’t have any reason to suspect it won’t last like it ought to.

Going forward, I think the EXD is going to be my permanent topwater reel, spooled up with braid and a walking bait for the rest of the summer. Come colder weather, I’ll probably peal the braid and go back to a jerkbait. 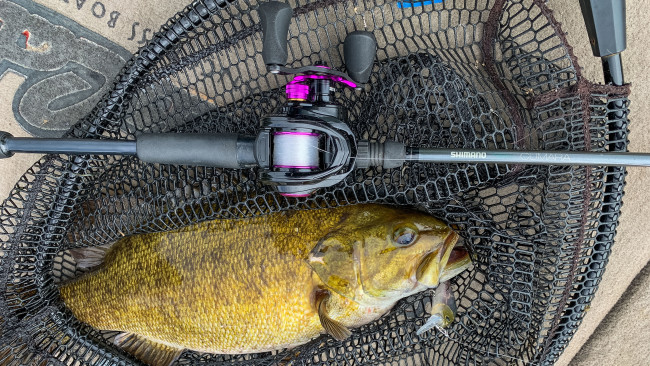 I don’t have anything bad to say about the Revo EXD aside from the price. For $299.95, you can buy a lot of things that aren’t a fishing reel. Still, if you do want to drop that kind of coin on a reel, I think this is a good one. One other downside is that the reel only comes in two gear ratios: 5.4:1 and 8.0:1. That definitely covers a broad range, but 6:1 and 7:1 gear ratio reels are bread and butter for a lot of people, and it’d be good if it came in at least one of those options.

The casting ability of this reel has been very good for me. Still, fishing isn’t always a distance casting competition, so having the absolute farthest casting reel alive is only so important. If the smaller spool helps you with lighter stuff and you want a finesse baitcaster in your arsenal, this could be the perfect reel. Even if you never touch the smaller spool, you’ll still very much enjoy fishing this reel, which is really what matters most.