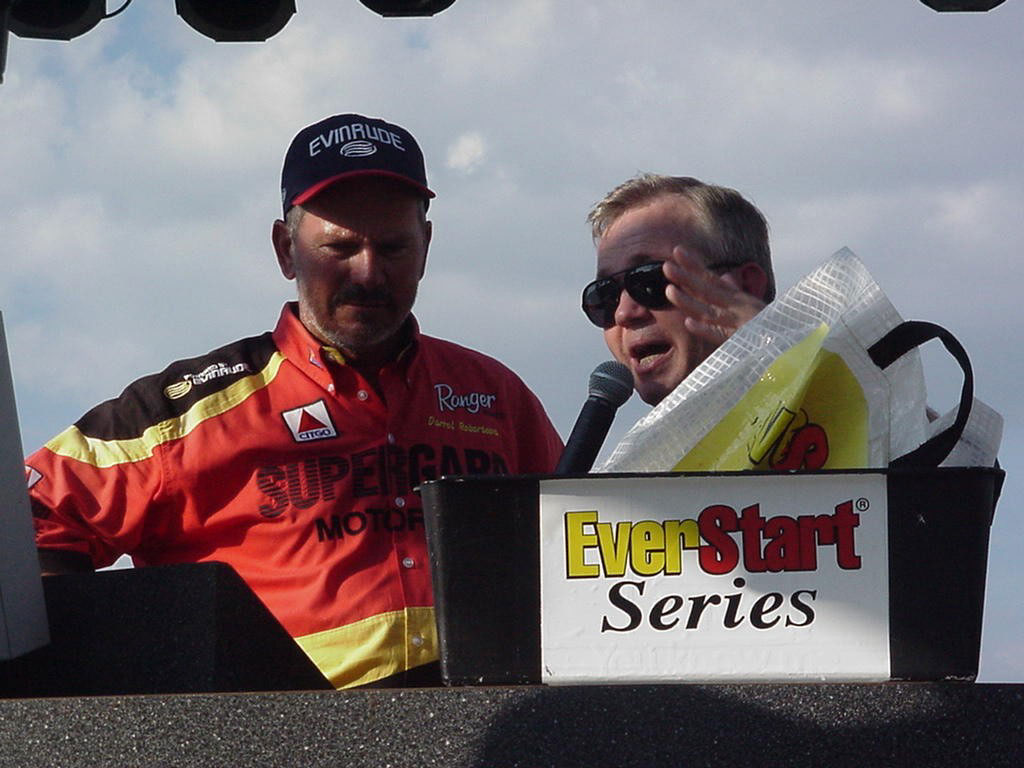 Daaaaarrrrel … What would a Cypress Gardens bass tournament be without a display of excellence from pro Darrel Robertson of Jay, Okla.? Last year’s winner here at the million-dollar Ranger Millennium M1 tournament, Robertson again showed he has the knack for fishing the cypress trees and tight water of the Winter Haven Chain of Lakes. He came in today with a five-bass, 12-pound, 10-ounce catch and looked like he would hold the lead until Greg Hackney of Oak Ridge, La., eventually edged him out of first place with catch of 13-7. How does he do it? For Robertson, the Chain of Lakes is all about location, location, location: He’s fishing within a hundred yards of where he caught his winning catch in the M1; and, understandably, he’s not telling anybody where it is. Asked how much fun it is to return to Cypress Gardens and do well, he said, “It’s probably more fun and more of a challenge to win another one so people don’t think I’m a fluke.” Darrel – with a top-5 finish at the FLW Championship and a top-10 finish in the EverStart Central standings, not to mention the M1 win – a fluke you are not.

Koby’s school of mental toughness … While many of the 294 competitors admitted it was tough fishing in the crowded conditions of the 6,000-acre Chain of Lakes – in some areas, tournament boats were lining up to fish the same spot – most of them hung in there and brought back respectable weights. One of those was pro Koby Kreiger of Osceola, Ind. In seventh place after today and a regular among the top 10 throughout the year, he said, “It’s a tough place to fish, but you’ve got to be mentally prepared and not let the other boats get to you – or you might as well go home.”

Better from the back … Kudos to co-angler Scott Sanders of Cataula, Ga., for pulling out the biggest whale of the day, a 6-pound, 8-ounce largemouth, earning him the Co-Angler Division Big Bass award for day one. Though he only weighed in two fish, the monster shot him up to second place with a total weight of 7-6. Not only that, his fish easily outweighed the day’s Pro Division Big Bass, a 5-pound, 15-ounce fish caught by Jim Forshee of Lexington, Ky.

A surefire technique … The preferred method of catching fish on day one: “In the mouth.” When asked how they caught them, at least seven anglers admitted generously that this was their favorite technique of the day.