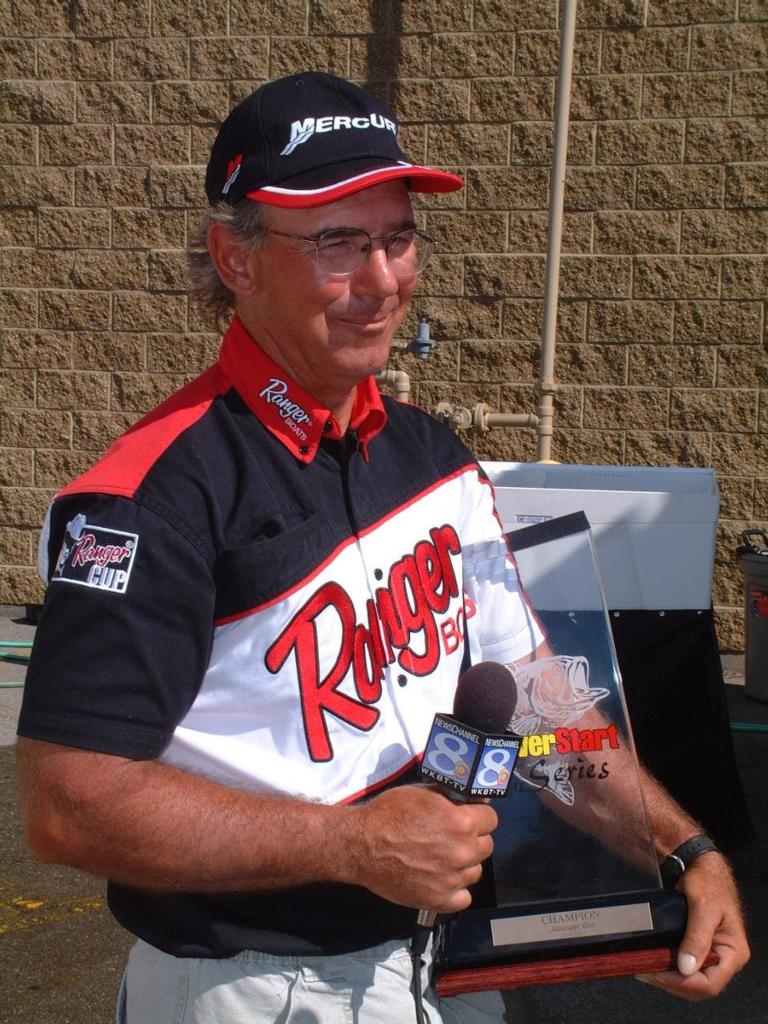 LA CROSSE, Wis. – It was almost textbook the way Tom Monsoor took over the Pro Division in the last two days of the inaugural EverStart Series Northern Division event on the Mississippi River. Lying in the weeds during the opening round much like his favorite weedless jig lure might have done, the hometown favorite waited for just the right time to make his move. Then on crucial days three and four he struck, taking home the win and $50,000 in cash and prizes.

“I think this is the neatest thing to have happen,” Monsoor said. “I can’t believe I won. I was just trying to make the top 10.”

It certainly was a celebration of La Crosse here on the mighty Mississippi this week. As fighter jets buzzed overhead for a local air show on Friday and Saturday, three local fishermen finished first-second-third in the $185,000 EverStart tournament. In addition to Monsoor and Stanton (Winona is just upriver from La Crosse), Darren Zumach, from La Crosse’s neighboring city of Onalaska, captured third place with five bass weighing 9 pounds, 8 ounces.

“We have a lot of very good fishermen around here,” Stanton said. “But Tommy (Monsoor) dominates this area, no question about it. The bell just hasn’t sounded yet because we haven’t really ever had a major tournament up here until now.”

Forgiving Stanton’s forgetfulness (the 1999 Red Man All-American was held here), he’s right about one thing: Monsoor is king of the hill in west central Wisconsin fishing circles. In addition to 11 top-10 finishes in the BFL Great Lakes Division since 1998 that included two victories, Monsoor has captured the Great Lakes standings title over the last two years. The year before that he finished second.

With his win today, Monsoor also tops the EverStart Northern Division standings and is well on his way to making his mark at the next level.

With the way things went for him this week, that may not be too far-fetched an aspiration. Monsoor used the right combination of skill and luck to make the cuts and come on strong in the final round. Throwing his reliable homemade lure, a black-and-blue jig he calls “Tom’s Swimming Jig,” he went to Pool 7 that yesterday yielded him the leading stringer.

But the river’s water level rose about a foot today, muddying Monsoor’s water and slowing down the fish bite.

At about noon, Monsoor moved to another spot not far away and found streaks of clear water among the muck. He started flipping his jig and soon caught a 2 1/2-pound bass.

“Heck, it can even catch them in the mud,” he said.

He quickly filled his livewell with four fish but still needed a kicker bass. He caught and released two fish that he normally would have kept in order to leave room for a big one. And he got it.

“It was an accident,” Monsoor admitted. Nearing the end of the day, he switched from his homemade jig to a smaller, more reliable “jig that doesn’t really catch big fish. … I threw it up on this point and – bang – it was a big one. I knew the fish were there, but I was hoping for a 2-pounder. I got a 4-pounder. It was the neatest thing in the world to see that.”

Also neat to see was Monsoor’s jubilant reaction to winning the Ranger 518VX boat in addition to the $15,000 cash prize. Looking ahead to the rest of the Northern Division tournaments, Monsoor said he was due for an upgrade from the smaller 1992 fishing craft he used this week.

“I needed a new boat so bad. I’m happy I got it,” he said. “I would have gotten killed on those big lakes.”

Close, but not quite

Stanton, finishing in second place and earning $10,000, while fishing strong all week long also got a little lucky today. In mid-retrieve he set down his rod to help his co-angler partner net a fish. When he picked it back up, there was a 4-pound largemouth on the end of the line.

“That’s the honest-to-god truth,” he said. “I’m not going to tell you I know everything. I just got lucky.”

And, with a full livewell, he thought he had a shot at victory.

“I truly felt I had this thing buttoned down,” said Stanton, who has endured a number of second-place finishes before. “I couldn’t have done any better. I’m happy I did well, but I didn’t know it was going to be that close. I just get second a lot.”

Zumach, who fished with Monsoor prior to the tournament, said he had to scramble to make his third-place, $9,000 weight. He caught three bass in the morning then moved to a spot where he knew he could probably grab two more.

“The water was up, it got dirty and the flow picked up,” he said. “I was fishing heavy current the way it was. It just got too heavy.”

The next EverStart Series Northern Division event of the season is scheduled to take place at 1000 Islands Lake Ontario in Clayton, N.Y., from July 25-28.