Highest finishers are spread out, fishing both reaction and bottom baits 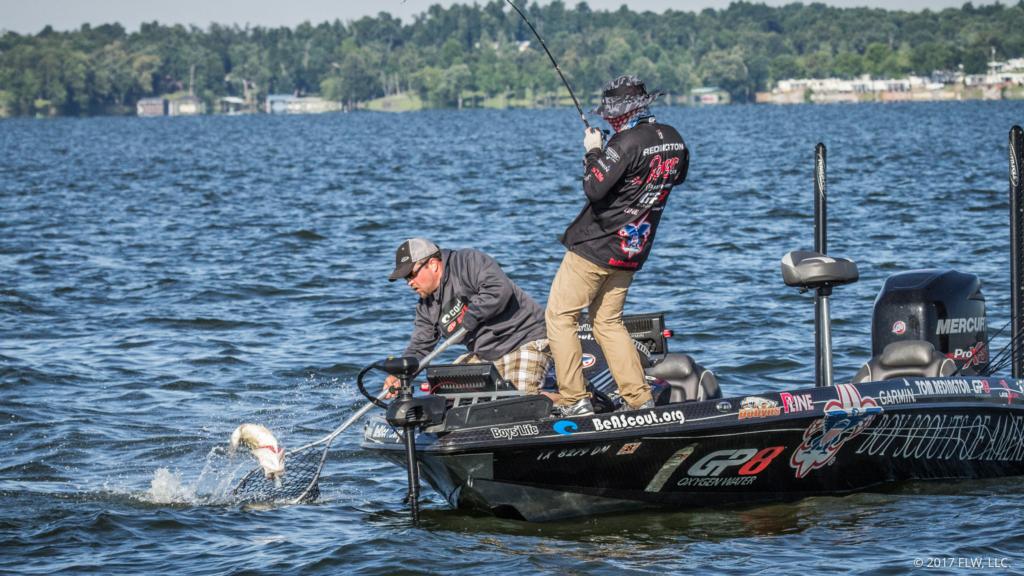 Ledge master Jason Lambert took the early lead on day one of the Costa FLW Series Central Division event presented by Lowrance on Kentucky and Barkley lakes with a limit catch of 25 pounds, 2 ounces.

The anglers trying to catch him caught their fish offshore, too. Here are more details on the top five. 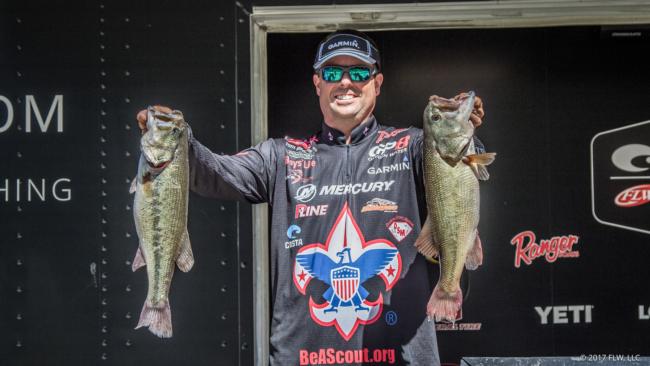 Day one started with an encouraging run for Tom Redington, but the action would soon dwindle to sporadic spurts. Despite the frustrating inconsistency, the Texas pro remained diligent and sacked up 24 pounds, 7 ounce to share the second-place spot with Cole Floyd.

“There were a lot of fish on my first spot, and my co-angler was catching them faster than me, so I went with some bigger baits, looking for the bigger bites,” Redington says. “I got a couple of 3s, and then it slowed down. I’d fish and fish, and about every half-hour I would get a 4-pounder.

“The bite slowed down even more, but I had a flurry where I got a couple of big ones, and then it died. I’d go about 45 minutes before I got another good fish.”

Redington says he camped on one spot and worked through the scattered bites to gather the weight he needed. The key feature was a contour break, so once he identified that zone he set a color shading on his depth finder unit.

“There was a 3-foot range they were in, and it’s yellow, so I’d just look up and down the map until I’d see bars and cuts that were yellow,” Redington says. “They weren’t on all of them, but I’d run like 10 of them and it would be the right little deal.”

Redington says he caught his fish on reaction baits. 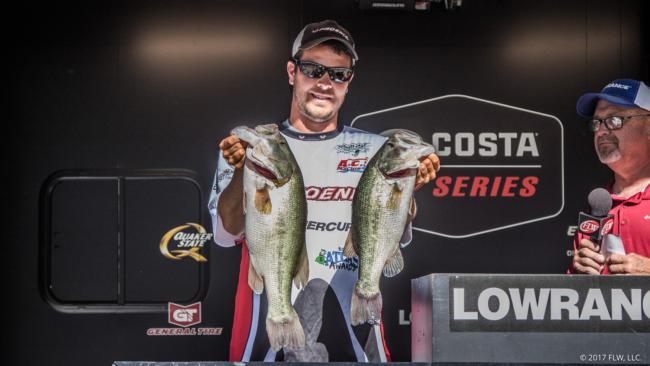 An initial decision turned out to be a good one, but Cole Floyd wonders if he made the right call in the interest of ambition. Regardless, he positioned himself well with a second-place bag of 24 pounds, 7 ounces.

“I ran way down south and caught three big ones that I wanted to keep,” he says. “I actually left that area around 10 o’clock to try and cull out a couple more, but I kept catching 3 1/2- to 4-pounders that didn’t help me.

“I never try to burn up any fish, so I started working my way north. But maybe I should have stayed south and made it work.”

Although he’s partial to moving baits, Floyd says he caught all of his fish on a Texas-rigged Zoom Ol’ Monster worm in tequila sunrise color. He targeted channel swings and spots where creeks dump into the river channel. 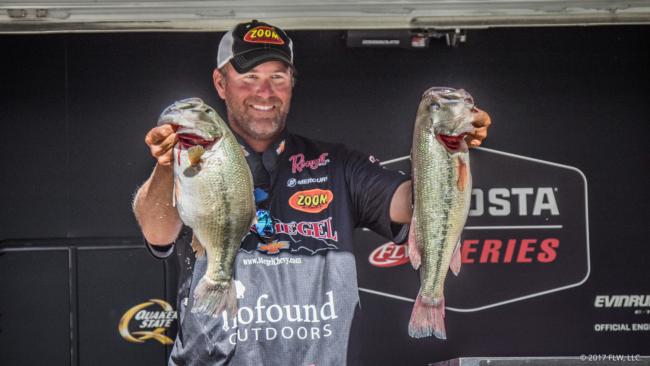 Not many people would be “frustrated” with a 24-pound, 6-ounce limit, but Kentucky Lake stick Randy Haynes thought he should’ve brought more to the scale.

According to Haynes, advancements in electronics and an overall education of the angling masses have made the summer ledge game increasingly difficult.

“Everybody has really gotten up-to-date on the fishing holes up here, and I really had to go looking to find some places where everybody wasn’t sitting,” Haynes says. “I did get a couple of groups fired, and I got really fortunate because it could’ve gone either way. I finally got it going about 9, 9:30. I got in three groups of fish, but it didn’t last long. I popped some pretty good weight in short windows.”

Haynes caught his fish on Profound Outdoors Z Boss crankbaits – both the 22 and 24 models. 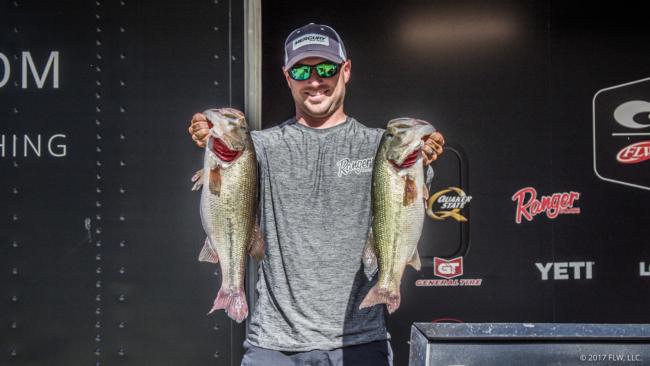 Local pro Brandon Hunter got off to a late start this morning after he struggled to find spots that were not already occupied. Moreover, when he got to some open water, his schools had already gone. Persevering, he eventually got on enough fish to sack up 23 pounds, 12 ounces and claim fifth place.

“It was a grind for me today. It’s not like there are 4-pounders swimming everywhere,” Hunter says. “I got lucky and got on a couple of places and got them fired up and got a pretty good bag. I had everything I weighed by 10 o’clock.”

Hunter ran south to the Paris area and caught his fish on swimbaits, crankbaits and spoons in 20 to 25 feet of water. He was targeting deeper spots near spawning bays.