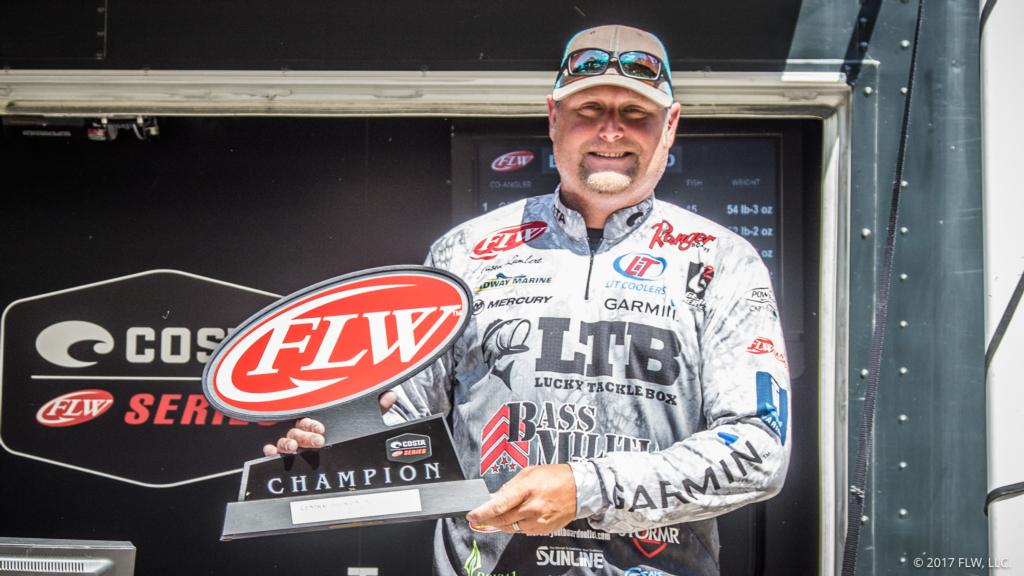 They call him “The Ledge Hammer” and Jason Lambert earned the name by sweeping the Costa FLW Series Central Division event presented by Lowrance on Kentucky and Barkley lakes Saturday, tallying a three-day total weight of 71 pounds, 10 ounces.

After grabbing the day one lead with 25-2, the FLW Tour pro from Michie, Tenn. added 24-0 on day two and sealed the deal on day three Saturday with another five-fish limit worth 22-8. After entering day three with a 2-ounce lead over second-place pro Cole Floyd, Lambert earned his victory with just a 7-ounce margin over Cole and claimed a cash and Ranger boat package worth $97,200.

How Lambert got so good on the ledges

The last angler to weigh in, Lambert brought his bag to the scale and noted that he wasn’t sure if he had enough to edge Cole, who competes for Bethel University in YETI FLW College Fishing tournaments. Reaching into his bag for his fifth fish, Lambert said it was going to be close, but 30 seconds later, a vigorous fist pump showed how much the win meant.

“I lost a really big one yesterday; otherwise I wouldn’t be quite so nervous up here this afternoon,” he says. “But 7 ounces is 7 ounces and I lost by 3 in the [FLW Tour] Invitational fall, so sometimes they go your way.” 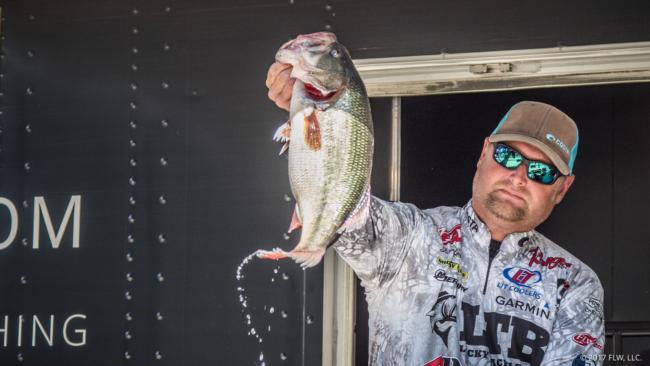 Targeting main lake and secondary channel ledges as deep as 27 feet, Lambert spent a lot of time throwing a bait for which he’s well known: a 3/4-ounce Hog Farmer Hog Wobbler Head with a 7-inch Castiac Jerky J in green shad. Keeping this bait on the bottom turned up several of his keepers, but Lambert also found great success with a 6th Sense Cloud 9 Series C25 crankbait in sexified chartreuse.

When the bite fizzled and he needed to finesse a few more bites, Lambert rigged a Gene Larew TattleTail Worm on a 3/4-ounce standup football jig and slowly dragged it across the rocky bottom. 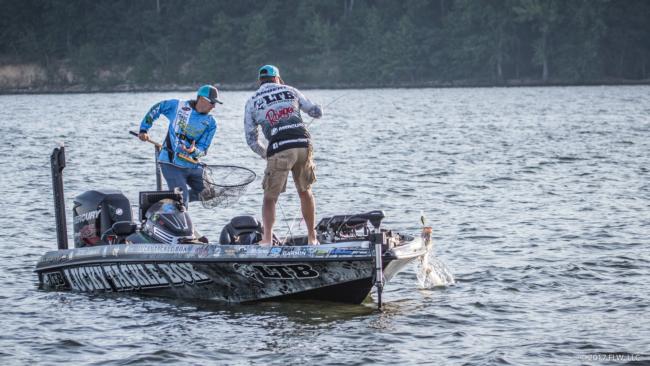 Lambert overcame significant adversity on day two when he lost his trolling motor battery to a charging issue. Unable to control his boat with his normal level of acuity, Lambert harnessed the wind and current to set up broad drifts across straight ledges.

Another challenge was the ongoing competition for fishing spots. Lambert said he had a handful of schools identified, but frequently had to hole hop to find something that was not occupied. Ultimately, looking for spots away from the norm was key, and that typically means going deeper.

“I was looking for the fish that had a chance to rest,” he says. “They’re easier to catch than the ones that are in big schools wadded up with everybody else.” 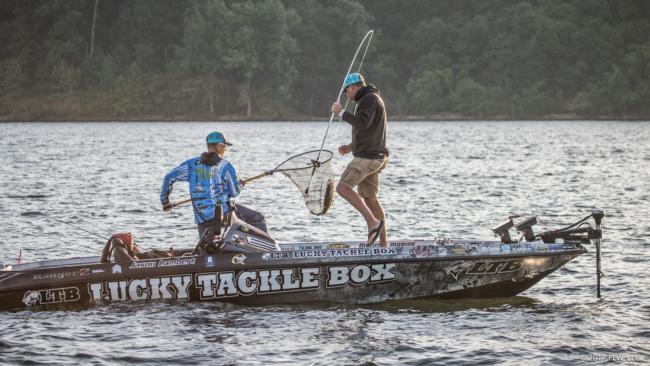 Noting that he’s had a less-than-stellar year on Tour, Lambert says the victory on one of his favorite lakes brought some much-needed redemption.

“Man, we fished against the best in the world when it comes to ledge-fishing up here this week, so it’s very gratifying,” he says. “You know, the current issue of FLW Bass Fishing came out with a picture of me on the cover as the ledge guy, but it’s been a tough year — I’ve had a pretty miserable year, actually. But $100,000 fixes a whole lot.”