Kicking off at Okeechobee 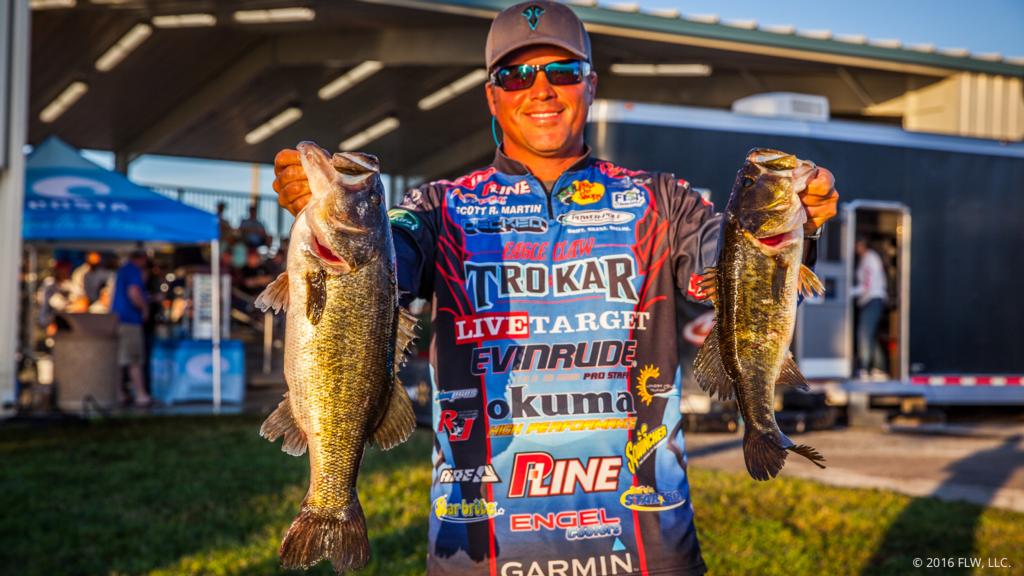 Tournament season is finally back. After wrapping up for 2017 a couple months back on Kentucky Lake, the Costa FLW Series will crank back up with the first event of the year when the Southeast Division tackles Lake Okeechobee Jan. 4-6 in an event presented by Power-Pole. The season opener will feature 250 pros and 250 co-anglers vying for their respective titles, though a win won’t come easily. 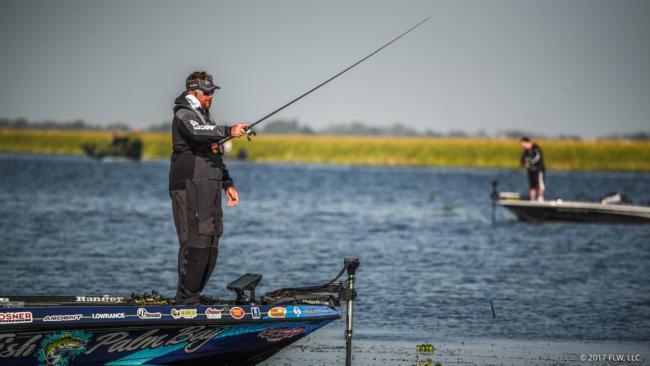 Current conditions on the Big O

The Sunshine State’s largest lake is one that FLW fans are more than familiar with. Most of its nuances are public knowledge and talked about in great lengths from season to season. The most notable difference this year compared to the last several is that Hurricane Irma tore across Florida late last summer. The water level on Okeechobee has been steadily falling since then, but still sits above 15 feet, which is on the upper end of normal.

“A lot of the submergent grass in Okeechobee was affected by the hurricane,” says JT Kenney. “The hurricane wiped a lot of it out, but the hydrilla is starting to grow back in places, and there are schools of fish around it.

“Probably the worst thing that happened was that a lot of the hard line [the outer rim of reeds near the main lake] was wiped out. There are areas where the edge of the grass is now 100 to 400 yards closer to the bank than it used to be. The bad part about that is it allows dirty water to spread around more than it used to because the hard line would act as a barrier to keep it out.”

Florida bass are well known for their dislike of cold weather and dirty water. Unfortunately for the anglers this week, both are going to be factors.

Tuesday was the first day of strong, north winds that led several pros to opt out of practice for the day, and there’s more wind in the forecast. Strong winds on this massive body of water lead to dirty water in a hurry. A north wind means that the south and western shores – where a lot of prime fishing areas can be found – could be taken out of play.

“One thing about Okeechobee versus other Florida lakes is that the wind is such a big factor,” Kenney explains. “You don’t have to worry about it really anywhere else in Florida. This week, with a north wind, it’ll obviously dirty the south end up. But what people don’t think about is as the water is pushed out of the north end by the wind it may lower the water level a foot and a half. Well, when the wind dies, that water has to come back, and when it does it’ll dirty the north end up, too.”

To add insult to injury, a massive cold snap is riding the north wind down to Florida, pushing overnight low temperatures close to 30 degrees. To put it bluntly, fishing is going to get tough.

Still, with the full moon taking place earlier in the week, Kenney says a wave of fresh fish has pulled up. So, there is a glimmer of hope. 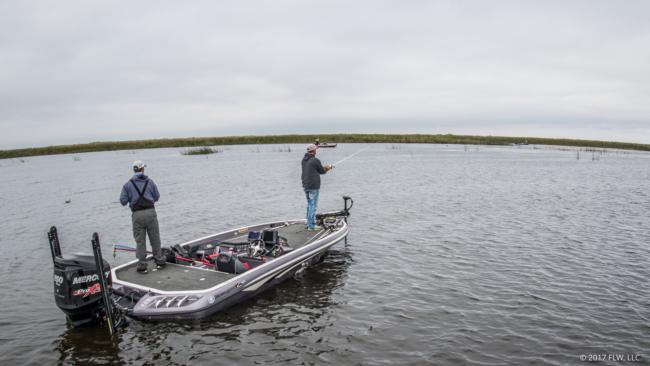 For most anglers, Florida conjures images of flipping and pitching to matted, thick vegetation or working a swimbait or swim jig across a hayfield. No doubt that can put a lot of bass in the boat, but this week Kenney thinks it’ll take a different approach.

“I think this week we will see a lot fewer worms and more moving baits,” says Kenney. “A reaction bite is going to be the way to make a lot of these fish bite in conditions that they don’t want to bite in. Lipless crankbaits and spinnerbaits will see a lot of action this week. There will be some fish caught flipping mats, but the problem is there aren’t a lot of mats.”

Crowding is always an issue in Okeechobee tournaments, and with a full field this week it certainly will be a factor.

“There are three areas where new fish have pulled into, but with 250 boats they are going to get beat up,” says Kenney. “The oddball to watch will be the guy that locks into a side canal you’d normally ignore when Okeechobee is fishing good and consistently catches decent limits. Something weird like that could carry someone to the final day.

“This tournament is going to be more of a chess game than a slugfest. Just because you know an area has the ability for a big limit doesn’t mean it’s the smart choice to fish. Picking a place to catch 15 pounds will be gold. I think it’ll take around 47 pounds to win. Between the cold and wind, it just won’t be a major catchfest.”