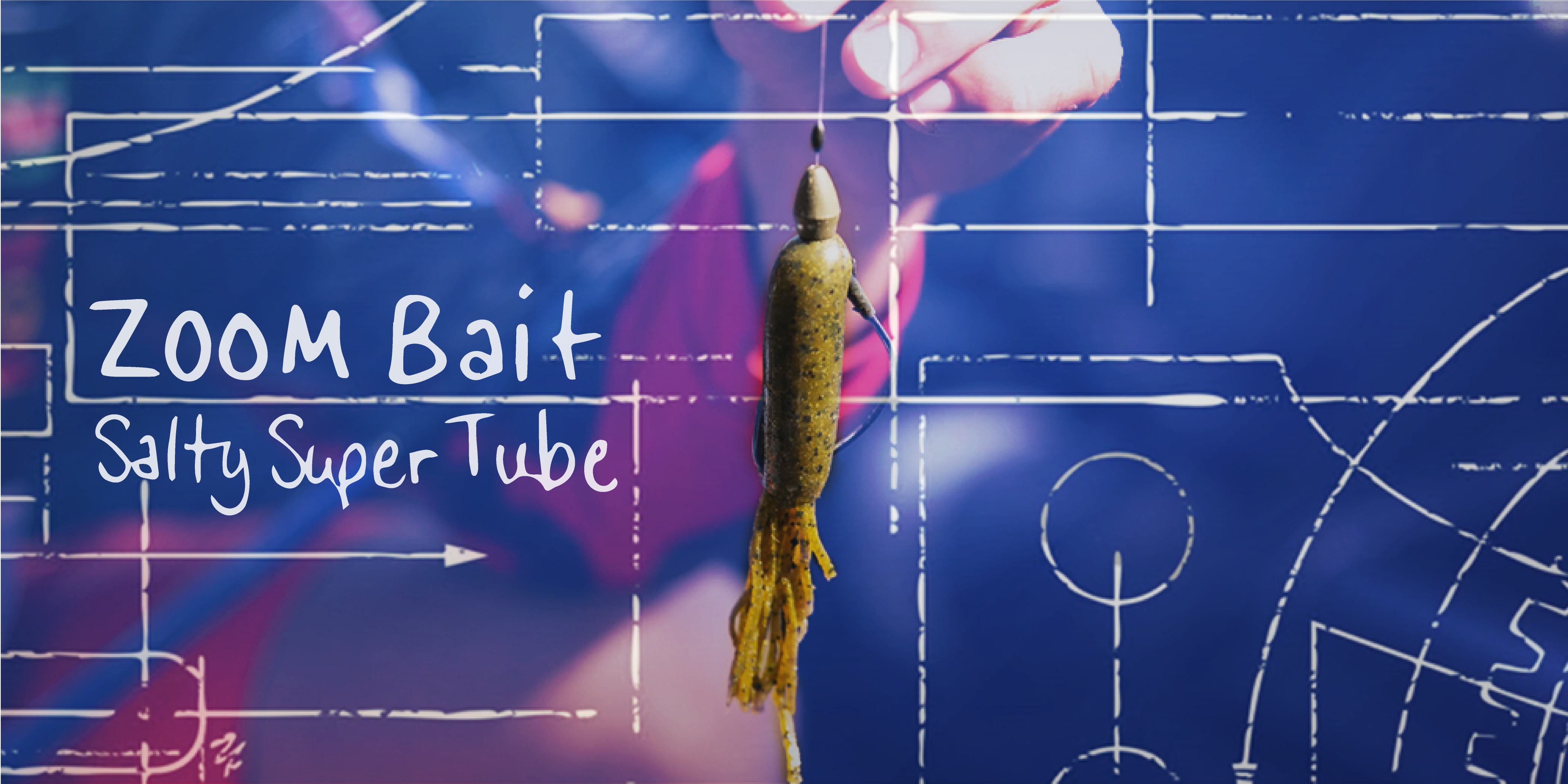 On a cool October morning on Watts Bar Reservoir, I tagged along with MLF pro Wesley Strader as he searched for bites on his home lake. The Tennessee pro pulled out a Zoom 4.25 Salty Super Tube early on in the excursion and gave me five reasons why that particular bait is one that he loves to throw year-round, no matter where in the country he’s fishing.

The primary reason why Strader likes this particular flipping tube is that it can imitate many different kinds of bait. The Zoom pro says that it looks just like a crawfish to the hungry bass when it is in the water.

“If you’ve ever seen a crawfish fold up when it swims, its butt is tucked up under it and its pinchers are straight out,” Strader explained. “He does that so he can swim streamlined, and that’s what this tube looks like. Bass can’t tell the difference.”

It’s not just about crawfish when it comes to mimicking bait. Strader says that around this time of the year, when the shad are schooling in the backs of creeks, is a great time to use a tube. While topwater baits are great shad imitators, Strader explains how the simple yet effective tube can be an excellent option as well when fall rolls around.

“This tube can really look like a minnow darting in the water,” Strader said. “It resembles a minnow fleeing or darting away, especially if you skip it across the top of the water. That splashing action it creates looks and sounds a lot like a minnow trying to escape a predator.”

While we were out on the water, Strader rolled up to plenty of boat docks along the banks of Watts Bar. Once we got close enough, he pulled out his Powell Endurance 795 rod and began flipping and pitching underneath the docks. He partnered the tube with a 3/8-ounce Reins tungsten weight and a Trokar TK190 Tube Hook, something that he says gives him just the appearance he wants when flipping.

“I like to flip this because it’s more of a subtle bait,” Strader detailed. “It’s not as bulky as a jig and it’s less intimidating. Sometimes going less aggressive with your flipping baits is the way to go. I like flipping it on 22-pound test Sunline Shooter fluorocarbon spooled on a Lew’s Pro TI 8.5:1 reel.”

4. Likes it With a Lead Head

Strader said that it’s not just about working it shallow near the boat docks, though. Adding a lead head to the tube — he prefers a 3/16- or a 1/4-ounce shaky head — can make a world of difference. Strader likes to drag the tube along pea gravel banks or out in open water when you’re searching for smallmouth. The Lew’s pro says that even something as simple as adding the shaky head can give the bait a completely different look and feel to the fish.

As we moved from boat dock to boat dock in search of bites, Strader explained why he was keying in on these particular structures while fishing with a tube. Not only are docks a buffet of bait for the bass, but Strader also knows that the slim profile and shape of the Super Tube can help him reach parts underneath the dock that no other bait can.

“Docks have pretty much everything a bass needs,” Strader said. “It has shade, cover and it usually has an abundance of bait around. Whether it’s bluegill or shad, it really is a smorgasbord of food for the bass. That’s why I like getting a tube under those docks because I know it’s a place where I can get bit and I can easily skip it under there.”

Fishing on Instinct with Mike Iaconelli