The Trixie Shark: Get Explosive Strikes 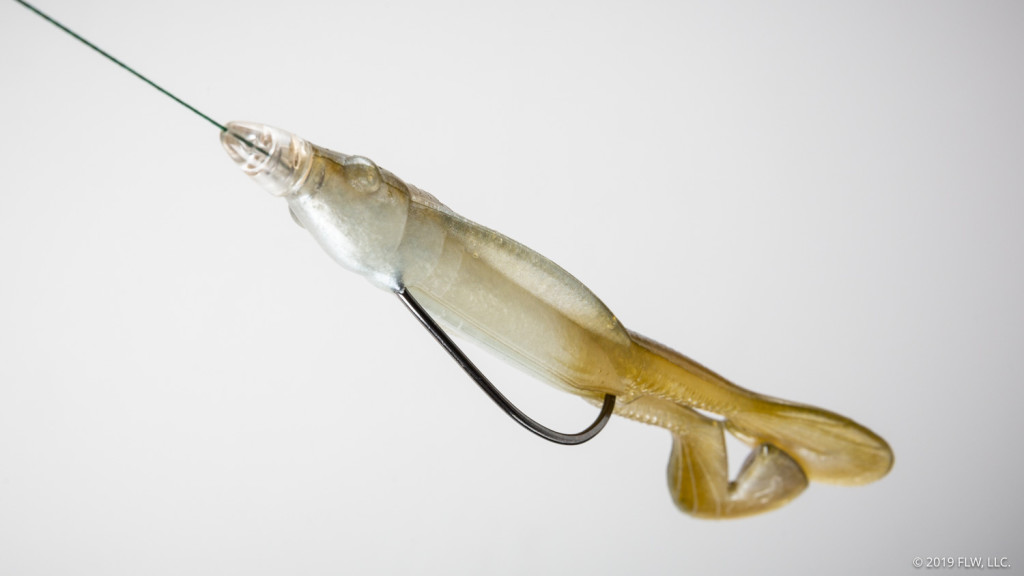 Reaction Innovations got the name right when it created the Trixie Shark. The soft-plastic topwater bait has a literal shark-shaped body with side “wings” and two flapping rear legs similar to what you find on a traditional topwater toad, yet with enough differences to make the bait unique.

Cosmetics aside, the real reason the bait is perfectly named is that it turns big bass into Jaws impersonators. Hawgs explode on the bait from shallow water. They strike it to defend their beds, or they eat it because they can’t resist.

FLW got a first-hand look at the bait’s effectiveness at the FLW Tour event on Lake Toho, when Darrell Davis took his Shark to Tiger Lake and banged out a top-10 finish and some impressive video.

Here’s a summary guide to how Davis fishes it. 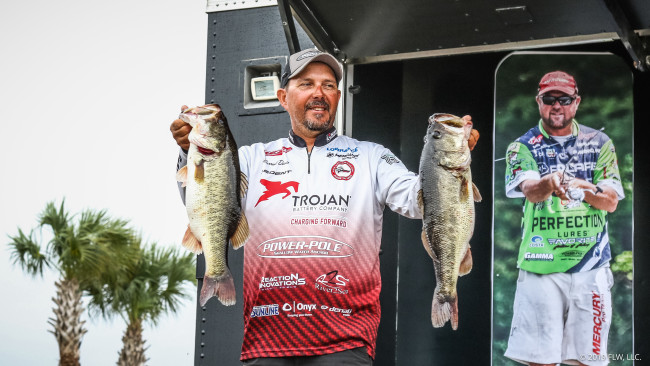 The two biggest advantages of the Trixie Shark are its ability to come through grass and snags and the ability to cover a lot of water with it. It works in similar situations as other weedless or near-weedless topwaters, but due to the body shape and profile, and the exaggerated legs, it offers anglers that “little something different” they’re often looking for.

Davis starts throwing it once the water temperature rises into the mid-60s.

“I like using it in shallow water especially,” Davis says, “but in clean water I use it as a search bait, too, instead of throwing a buzzbait. That Trixie Shark has got a lot of noise, but it’s more of a subtle noise. It sounds more natural than a clacking buzzbait coming through the water. And you can run it through the grass and run it through different cover and not get hung up.”

Ideal shallow targets to hit with the Trixie Shark are pads, hay grass, any open holes in hydrilla, along outer edges of various types of grass and over milfoil that’s topped out but not scummed over into a dense mat. Very thick mats really aren’t fishable with it, but as long as the tails are able to make a bubble trail on the surface, Davis will wind the Trixie Shark through some dense stuff.

He also throws it under docks, willows and other overhanging trees, and around flooded bushes.

Finally, Davis likes to throw it in spawn situations when bass are bedding in thick cover.

“You’re not getting up there on the trolling motor and spooking them by getting too close,” he says. “You can make long casts. A lot of times you’ll catch the fish, but even if you don’t you’ll get them to wake up on it. Then you’ll know where they’re at.” 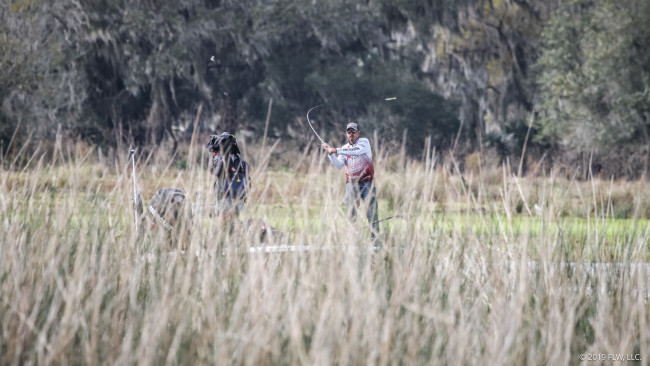 How to fish the Trixie Shark

Like most toad-style baits, the root of the Trixie Shark’s action derives from a straight retrieve, which keeps the bait on the surface and gets the legs kicking. Presentation speed should be adjusted based on the aggressiveness of the fish and the thickness of the cover. For instance, around scattered patches of floating vegetation, Davis likes to burn the bait through open water then slow it down over the greens. When bass are spawning, he might wind it over grass and then slow down when he comes to a hole that signifies a likely bedding spot.

The wings on the bait’s flanks cause it to glide when it falls, so killing the Trixie Shark in an open hole is another good way to get bit.

Davis advises to keep this trick in mind to catch “wakers” and followers, too.

“If I get a fish waking that bait more than 4 or 5 feet and it doesn’t explode on it, I’ll slow it down until the fish gets close to it, and then I’ll stop it,” Davis says. “It [the bait] almost does a big circle as it sinks, depending on how deep the water is. It’ll turn and go back toward them, and they can’t stand it. Or, if I know they’re getting so close to the boat that they might spook before they bite it, I’ll pause and make them eat it. If they don’t eat, you can pitch a Beaver or some kind of stick bait back to it.” 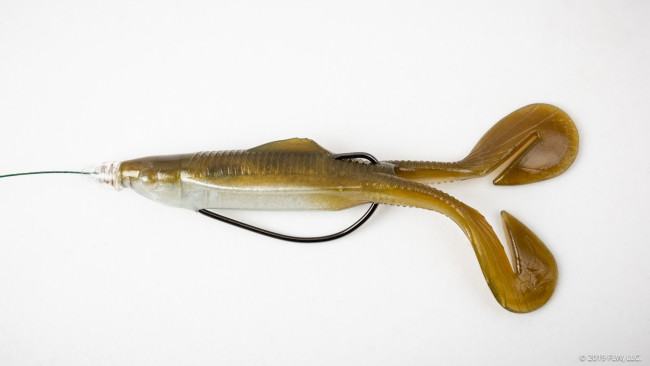 Tackle selection isn’t too complicated. Davis likes the Trixie Shark in the shiner color in spring and black in summer, but he uses a variety of others depending on clarity and conditions.

Though Reaction Innovations no longer makes the Screwed Up Bullet, Davis still has a small supply of them left in his boat, and he’s milking them for use with the Trixie Shark. The Screwed Up Bullet is a clear plastic nose cone shaped like a bullet sinker that’s essentially weightless. A small plastic tip protrudes out the back, and a spring lock wraps around that tip.

If you can’t find any Screwed Up Bullets, Davis suggests adding a Carolina-rig bead out in front to help “part” the grass and keep the knot clean. Or, he says you can use a screw-lock-style toad hook.

Davis only uses 50-pound-test Sunline braid. Like with most soft-plastic topwaters, it’s necessary to hesitate after the bite to make sure the fish has the bait. Then set the hook. The heavy braid helps to get fish out of the grass if they bind up in it during that hesitation.

Likewise, Davis suggests a heavy-power rod to tackle thick grass. He likes a 7-footer for fishing under docks and willows and a 7-4 for bombing long casts. His two favorites are the Denali AttaX and Denali KOVERT series.

Finally, Davis fishes Ardent Apex Elite and Ardent C-Force reels, and keeps two reels on his deck at a time.

It doesn’t really matter how you define the Trixie Shark – toad, shark or something else all its own. The bait is a cool topwater that draws vicious strikes, and that’s reason enough to give it a few swings this season.