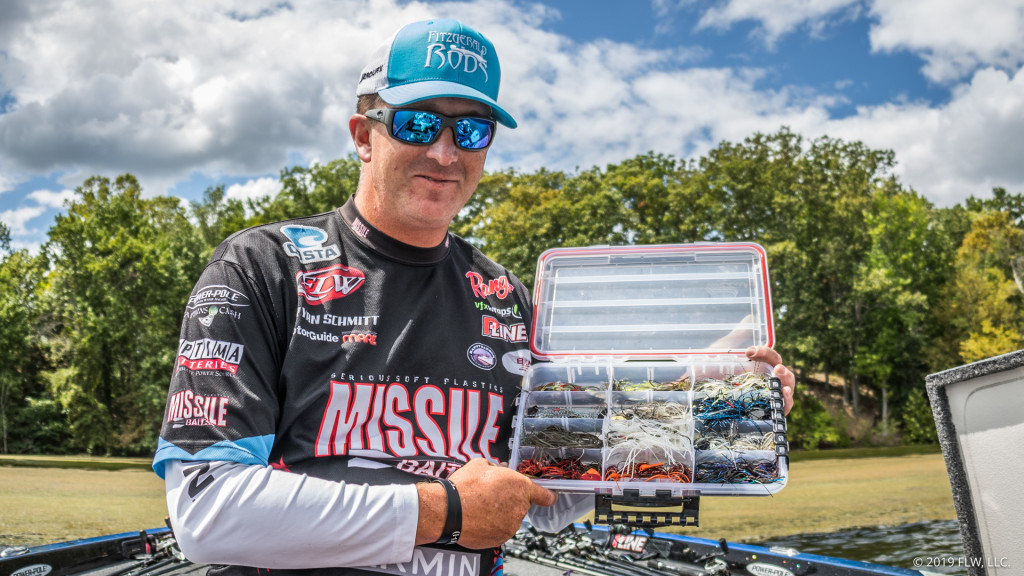 As you might expect, Bryan Schmitt’s first exposure to a vibrating jig came on the Potomac River.

“On the Potomac River, just like anywhere in the country, the spring is phenomenal,” says Schmitt, who has won more money on East Coast rivers than just about anyone. “It used to be the Rat-L-Trap bite. We’re gonna come out; we’re gonna throw Rat-L-Traps on young grass or rocky banks. That’s all anyone did, and it was all about who had a special color Rat-L-Trap or whatever. Fast-forward to 13 years ago or so, I came out and had a spring event, and I was Rat-L-Trappin’ all day and having a little success. I pulled into a grass bed in Chicamuxen. It was some young milfoil, and I said, ‘Man, why don’t I try this ChatterBait.’

“I tied on a black and blue ChatterBait, and it was insane. So, I ran with that. For years, early, all the way to the end of the year. The rest is history.” 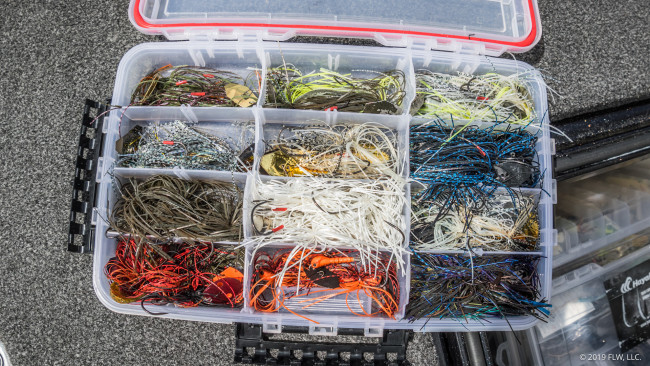 Since that fateful day, Schmitt has stayed loaded up on vibrating jigs, and he’s probably experimented with them almost as much as anyone in the country. Currently, if you open up his box, you’ll find a stash that is nearly entirely 3/8-, 1/2- and 3/4-ounce Z-Man ChatterBait Jack Hammers.

“I’m pretty wild on color selection,” says Schmitt. “I always have my shad colors. I always have my black and blues. But I fall in love with trying to find a niche color. Especially when you get into the fall of the year on the Potomac. I love to find a crayfish pattern, and I feel like then a crayfish-imitating ChatterBait out-fishes anything else. And I also like to find a bluegill pattern at times, so I play with the colors.”

Some of Schmitt’s baits were hard to come by at the time, even if you can get ’em on Tackle Warehouse these days.

“I have some gold-bladed Jack Hammers that were only available in Japan,” says Schmitt. “That is due to my knowledge of gold working better in Florida. They did shine for me in Florida, and they’re something hard to get. Any time you can get an edge is good.” 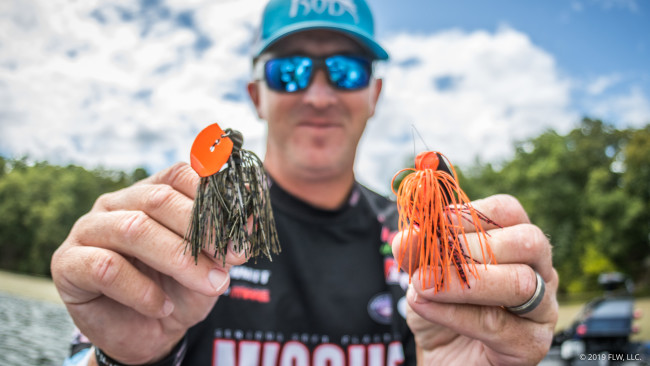 He’s also got some with a striking orange blade.

“I picked those up this year when I was at Grand Lake,” he says. “It seemed like it could be a really good dirty-water blade; something bright they hadn’t seen as much. I haven’t even really thrown them, but we’re getting into that time of year soon.”

Schmitt says that the combo of a steady, consistent action that the bass like and a good hook and bait keeper are what keep him coming back to the Jack Hammer. If you’re just starting your vibrating jig collection, he says you really only need a few baits. 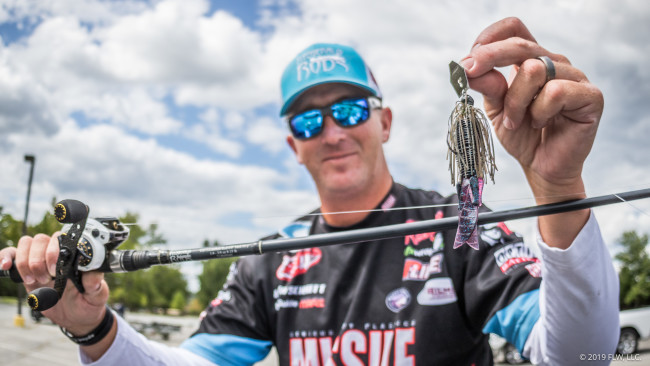 “It would be very simple,” says Schmitt. “Get a 3/8-ounce in black and blue and green pumpkin and a 1/2-ounce in white. That would be the starting point right there. The black and blue and green pumpkin take care of you around grass. Sometimes a shad bite can be a little deeper, and that 1/2-ounce is good around boat docks if you fish lakes more than rivers.”