How to Rock Fall Largemouths 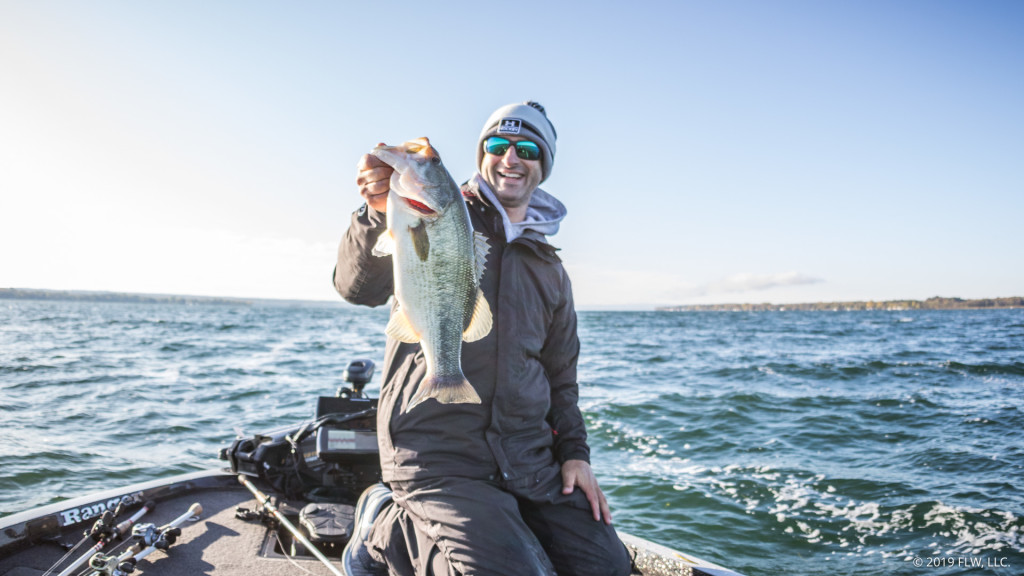 Hailing from Macedon, N.Y., Casey Smith has Great Lakes smallies within reach, but he’s also got phenomenal largemouth fishing virtually on his doorstep. With that in mind, it’s only natural that he’d want to dial in on a largemouth bite from time to time. 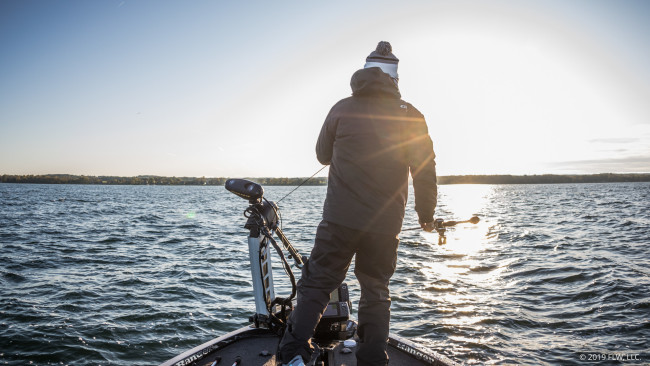 Smith says that the best time for fall largemouth fishing happens after the first big cold snap, when the water finally drops below 60 degrees.

“It’s definitely a narrow window when it’s best,” says Smith. “In September, the fishing stinks here. They start to spread out. The big schools people know about in the summer get busted up, and that lasts until the end of September. Then you have to hit that window from when that ends to when they stop feeding, and that’s pretty short.” 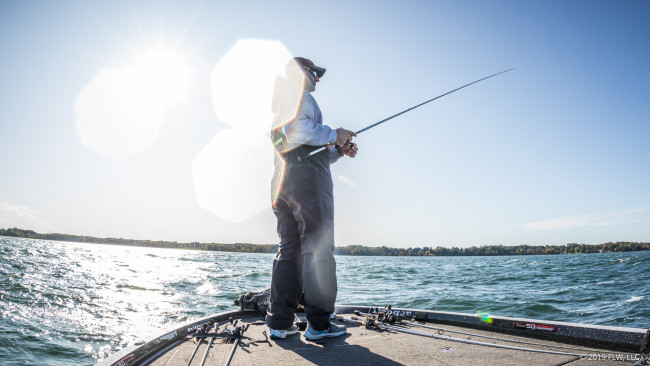 One of Smith’s favorite ways to catch largemouths in the fall is to focus on pieces of hard cover that are in or around grass.

“The fish are moving toward hard stuff anyway for the winter. The grass is dying. They don’t want to be in it. So I just go right to hard targets,” says Smith. “They’re gonna sit there, be comfortable and school up. If it warms up a little bit you can go back to flipping the grass if you have some decent grass left, but with it cold you want to stay on that hard stuff.” 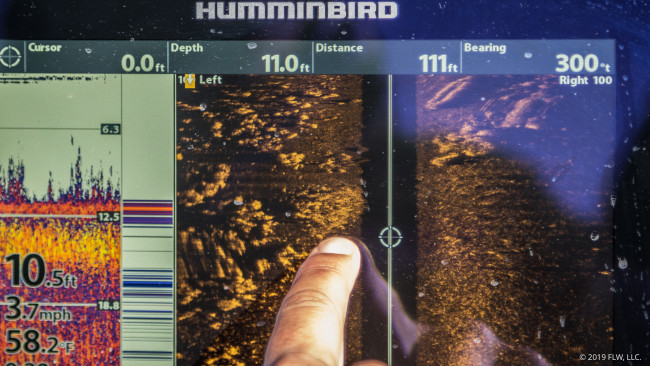 Smith typically hits hard-bottom spots in the same depth range as the grass in the lake. On a lake like Cayuga he might fish hard targets anywhere from 10 to 20 feet deep. On a lake with less clarity and shallower grass he might focus in on the 10-foot range.

On a lake near his home, Smith has it super dialed, having found and marked a bunch of little rubble piles in the spring before the grass grew up. That sort of preparation is admirable and will undoubtedly pay off, but you don’t have to have a ton of sneaky hard spots marked.

“It could be one boulder or one vein coming off a flat or wood,” says Smith. “If that’s what you’ve got, or that’s what’s in the lake, it’ll work.” 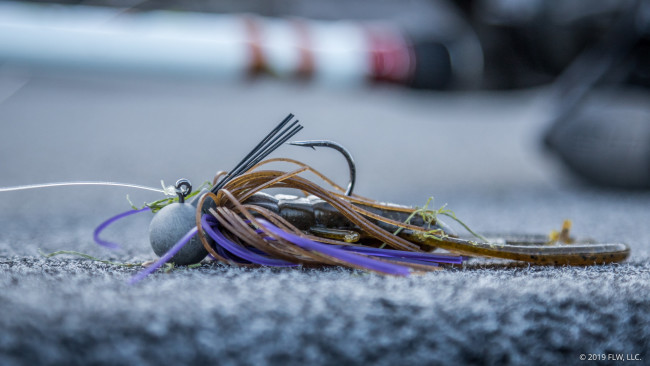 In the fall, Smith’s favorite bait is a 1/2-ounce tungsten Keitech Model 2 Football Jig with a small trailer such as a 3-inch Berkley PowerBait Chigger Craw.

“It’s the fall, so it’s a little finesse and it’s an easier bait to eat,” says Smith of the jig. “It comes through the grass a lot easier than a bigger jig, too.”

Smith typically casts to his targets and works the jig along slowly once it is on the bottom.

“I learned this on Guntersville. Back before I fished a lot of tournaments, I took a guide out there once, and he taught me that you could just shake a jig through the grass and it will work itself out,” explains Smith. “It helps it ease through there, and it doesn’t waste your cast if you aren’t in the sweet zone.”

On a calm day, Smith says a Ned rig is a good backup, but a drop-shot or a jerkbait could be a good alternative as well if the grass will allow. Regardless of the bait, Smith typically sticks with natural colors such as green and brown. 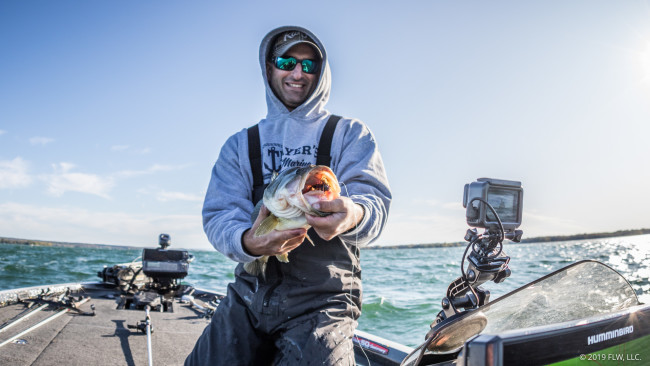 Though Smith most often chases smallies in the fall, he relishes the chance to target largemouths.

“Especially the last handful of years, the smallmouth fishing is so good that fishing for largemouth is hard to do,” says Smith. “But there’s a little tournament trail around here at the house, and sometimes you’ll get placed on lakes and maybe there’s a tough smallmouth bite going on. So, we’ll go flip grass or fish rock or something. And there’s one lake where a mixed bag always wins, so you have to keep them honest.”

Of course, he doesn’t mind that the largemouths are overlooked a bit.

“It’s here, it’s great, it gets absolutely no pressure, and it’s super fun when you hit the right lake at the right time.”