Horton Has a Hankering to Hammer on Early Fall Bass 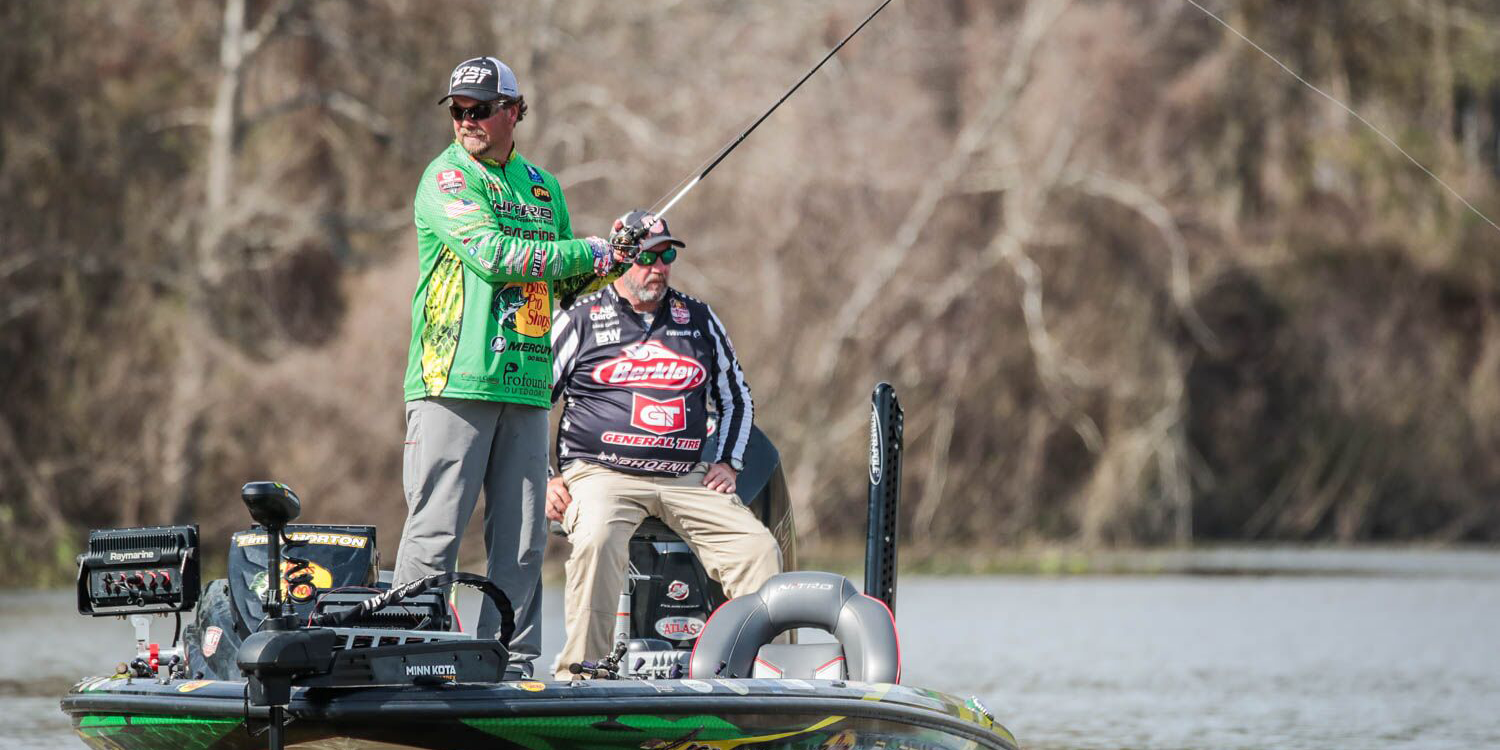 Tim Horton will keep an eye out for birds diving on shad as fall fishing gets underway. Photo by Josh Gassmann

MLF pro Tim Horton is ready to get to some fall fishing. The Alabama angler knows that when the fall cooldown happens and the leaves start to turn, it’s time to reach for the topwater. But before he even makes his first cast, he turns an eye to the sky.

“The biggest thing that anglers need to be aware of during the fall is obviously the shad, but, if you keep your eyes peeled to the air, the birds will help you find the shad,” Horton said. “You can scope a lake out by watching what’s happening in the air. When you see the birds diving into the water, that’s where the bass are blowing up shad.”

Horton says that the obvious places to look for birds diving on shad are in the backs of creeks and pockets throughout the lake. The Bass Pro Shops pro says one of the biggest keys to figuring out fall fishing is understanding the movement of these nomadic baitfish.

“Keep in mind that when shad come to the surface that they have to constantly swim to avoid being eaten,” Horton said. “Because of that, they’ll get hemmed into corners at the backs of creeks. It can start with only a couple, but then they start to get stuck because more shad move in on top of them.”

He says that’s when you will start to see the bass break the top of the water in the shallows.

Once you’ve located those schools of swarming shad, it’s time to pull out a topwater. Horton’s first choice is an Azuma Z Dog because he’s able to get plenty of distance in his casts with that bait. Paired with 14-pound Bass Pro Shops XPS monofilament spooled on a Lew’s 8.3:1 TI reel and a 7-foot-3 Duckett Tim Horton Pro Series medium-heavy rod, it becomes his favorite fall setup.

If you can’t get bites on the topwater at first, Horton says to be ready to follow it up with a couple of different options.

“If they don’t go after the topwater at first, I like to then throw an Azuma Popper Z,” Horton explained. “I also go with a soft plastic jerkbait, normally a Klone Swirl Shad, if I miss them with the topwater.”

Finding Fall Where You Are

Obviously fall doesn’t hit the entire country at the same time every year. Horton says that if you live in Florida, you may not start “fall” fishing until December. In the Carolinas, Tennessee, Oklahoma and other slightly more northerly states, Horton thinks that early October is your best bet for cooler temperatures. However, it’s not about the air temperatures, but more about the water.

“Once your area starts to get a couple of 50-degree nights, that’s when you can kind of start switching into fall mode,” Horton said. “You really want the water temperature to start cooling instead of staying steady. Those cooling water temperatures are what’s going to bring the shad to the surface.”