Skeet Reese Has a Need for Speed in the Fall 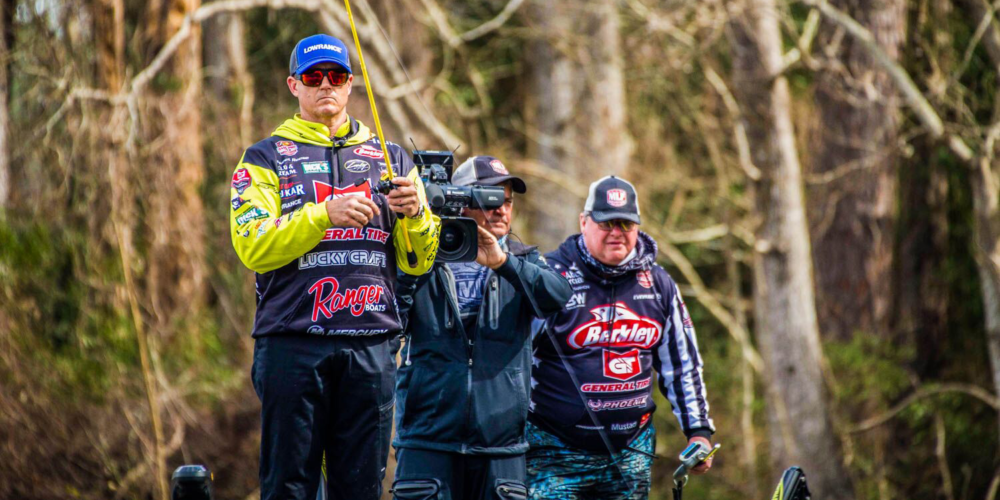 There’s a saying in sports: “Speed kills.” In football, a speedy quarterback a la Lamar Jackson can be a nightmare for opposing defenses. In basketball, the lightning-quick handles of Kyrie Irving leave his defenders in a constant state of confusion.

The value of speed is no different in fall fishing, according to MLF pro Skeet Reese.

When the fall rolls around, temperatures drop and days get shorter, you may feel sluggish. Reese says the fish in our local lakes feel the same way. But instead of using a slow presentation, the California pro recommends speeding up your process.

“I like to use a super-high retrieve to trigger bites come fall,” Reese explained. “Whether you’re deflecting a crankbait off of anything or you’re just straight retrieving, the speed is what triggers bites in the fall. The slowest gear ratio you would want to use is a 6.3:1, but a 7:1 works perfectly.”

That quick retrieve may seem counterintuitive to some, but Reese swears by it. He says that even though cooling water translates into more sluggish fish, back can actually be just as reactive if you have the right technique.

“Once the water temperature starts cooling down and gets into the 50s, the fish aren’t super aggressive,” Reese stated. “They may get a little active in the afternoon when the temperature is at its highest, but that’s only a short window. That speed, and more importantly repetitive casts, is what can really trigger those fish to attack your bait all season long.”

Repetitive casts to the same cover may seem pointless if you’re not getting bit right away, but Reese says that your patience will be rewarded if you just stick to the plan.

“If you have one stump, dock, or brush pile, you may make 10 casts at that one little area without a bite,” Reese said. “But it could be on your 11th cast that you’ll finally get a bite. That will cause the school of fish around that cover to get fired up just like if you were fishing a school in the summer.”

Speedy Baits and How to Use Them

When it comes to speeding up baits in the fall, Reese starts with a 3/4- or 1-ounce jig, which he says that a heavier jig falls quicker which makes for a better reaction bite in shallow water.

Crankbaits are a go-to for many anglers in the fall, and Reese is no different. And while he fishes those at high speed, he also likes to throw a little pause in to entice bites.

“What I’m looking for is some dying patches of grass that I can rip those crankbaits through,” Reese detailed. “It’s kind of the same thing as if you were fishing prespawn and you’re trying to get a reaction bite. It works really well if you burn through that grass and then just kill it all of the sudden. That gives those fish a chance to grab it.”

Reese’s final tip is a simple (yet effective) wrinkle that can add a bite-triggering action to your baits.