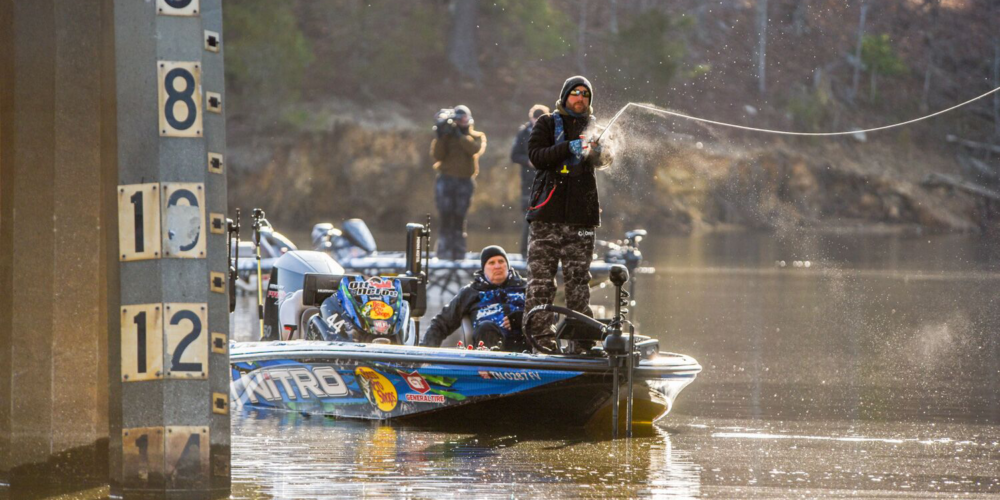 During a scorching hot day in July, I was having a conversation with MLF pro Ott DeFoe, picking his brain about many different topics. We talked about a variety of different things, but one question and one answer stuck out to me.

I asked the 2019 Bassmaster Classic Champion what he thought was the most underutilized bait in an angler’s arsenal. He responded without hesitation: a jerkbait.

DeFoe pointed out that many anglers throw a jerkbait in the winter during early prespawn, but then use it sparingly (if at all) after that. The Mercury pro believes that the slashing, erratic action of a jerkbait is effective in more than just a small window of time every year.

“A jerkbait is unlike a crankbait, bladed jig or a topwater in that all of the action is angler-imparted,” DeFoe explained. “It takes a little bit of work to use one and not a lot of people want to work that hard. People also don’t realize how good it can be in different times of the year. It’s not just a winter prespawn bait. The fall is another time that it works well.”

While it may take more of an active presentation to get the best action out of your jerkbait, DeFoe says that the proper technique is not very difficult to achieve. There are only a couple of pointers you need to get the right action out of a jerkbait.

“It’s all about the rod tip when you’re working a jerkbait,” DeFoe tipped. “The reel doesn’t give the bait the action, it’s just there to take up line. If you’re using the reel to give you movement, then you’re doing it wrong. You should be snapping the rod tip, popping on slacked line and imparting that action in the bait.”

DeFoe points out a couple of factors that can give the jerkbait a place in your arsenal year-round.

“One of the most important things I look for is water clarity,” DeFoe divulged. “I like fairly clean water and at least 2 feet of visibility. But even more important than that is that the fish are feeding high in the water column. Around this time of the year, you’ll see fish really start to feed up in the water column before they make their transition to the shallow water, and that’s when a jerkbait really works well.”

Just like any other bait, size, weight, depth and color all make a difference in choosing a jerkbait. DeFoe usually goes with a Rapala Shadow Rap Deep or a Rapala Shadow Rap Shad. In clean and clear water, he says that Elite Blue is his go-to color, but in light stain, he chooses Ghost Shiner.

DeFoe also reminds you that those baits can vary in depth depending on which model you choose, and deciphering the right depth may be the hardest part about jerkbait fishing.

“When you’re looking for jerkbaits, you’ll usually find a suspending model,” DeFoe stated. “However, there are times where a slow float or a slow sink is better. I don’t really have an explanation as to why because it’s kind of a trial-and-error sort of deal. Having different weights of jerkbaits can help you get that bite because they can almost be as important as the color of the bait itself. That extra foot or two of depth can be the difference sometimes.”

DeFoe has a few specific requirements in mind when he puts together his rod, reel and terminal tackle for fall jerkbaiting.

DeFoe hopes that with this new knowledge, you can go out and get some quality jerkbait bites not only this fall, but all year long.