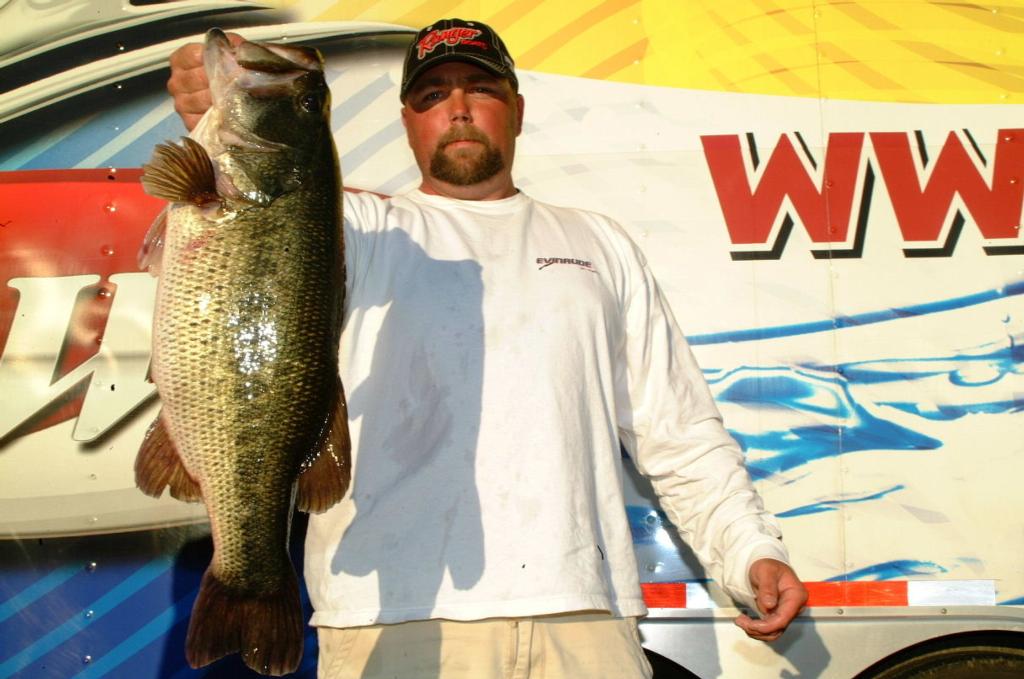 7: Number of bass weighing 10 pounds or more weighed in by FLW Series anglers at the California Delta Thursday. 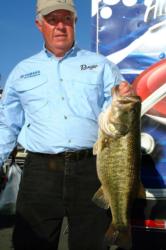 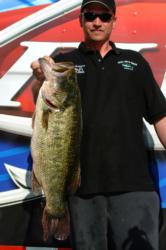 Maybe the big ones are too smart to bite the first bait but too hungry to resist the second … Two things to note here: 1) Assuredly, above is an incomplete list of all the 9- and even 10-pounders caught Thursday. Once the double-digit big-bass weights were established, a handful of possible 9-pounders were undoubtedly left in the bag, mostly by locals who catch these fish all the time. 2) When is someone going to do a study on why the co-anglers out-catch the pros in the biggest-bass category? Look at the historical record for four-day FLW Outdoors events: Co-angler Jeary Wheeler (12-11, Sam Rayburn, 2003) held heaviest fish until the Stren Series hit the California Delta. Last year here, pro Steve Sapp (14-1) held heaviest fish for about 45 minutes until co-angler Tom Sawicki (14-5) topped him on the same day. This week’s big-bass awards: Co-angler Kirk Beardsley (9-15) beat pro Jim Opalecky (9-5) on Wednesday. Co-anglers Peterson, Andrews and Southard all beat the best pro catches, by Fischer and Hines, Thursday. This, in turn, begs the question: How do you catch a 10-8 or a 10-4 fish and not win big bass? Only at the Delta.

Afternoon delight … Over the first two days, most of the biggest fish came to the scales in later flights of the weigh-in. That’s no coincidence. The scuttlebutt is that the big bite’s been turning on in the waning hours of the fishing period. And there’s a reason for it here at this lowland fishery. “It is all about the tides,” pro Andre Moore said. “You can be on all the right fish in the world, but if the tide’s not right you won’t catch them.” Pro Randy McAbee agreed. “It’s all about the tides,” he echoed. “Yesterday, I had to wait an hour to catch them. Today, I had to wait two hours to catch them. Tomorrow, I’m going to pull my hair out waiting three hours to catch them.”

D’oh! Part two … Co-angler Edgar Uyema said he caught about 15 bass Thursday, but he only weighed in four of them. The reason? Like pro Tim Edington the day before, he fell prey to the cull monster. “I had four fish and starting culling out by mistake,” said Uyema, whose weight totaled 14-4 Thursday. “I should have had about 16 pounds.” 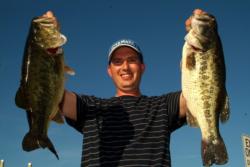 “You’re always just one fish away on the Delta. But a guy like Pat Wilson, he’s a closer. So he’s going to be hard to catch.”

– Co-angler Justin Lucas, talking about fellow co-angler Wilson, who opened up more than a 2 1/2-pound lead on the rest of the field Thursday. Wilson is a former FLW Tour champion (Potomac River, 2005) and also has three BFL Western victories under his belt.

– Onstage exchange between young Austin Davis, who is the son of co-angler Doug Davis, and tournament director Chris Jones.

“That’s a beauty. At first I thought he ate one of my other ones, but my partner said, `That’s OK just as long as he doesn’t spit it out.'”

“This place is just a freak show. I really think a small, well-trained monkey with a fishing rod could catch a bass here.”

– Pro Rich Tauber, describing the fantastic fishing at the California Delta. He has weighed in 28 pounds, 13 ounces over the first two days.

“I’m fishing like that well-trained monkey that Tauber was talking about.”

– Pro Ronald Hammett, who has managed to catch a mere five bass worth 6-2 over the first two days. He currently sits in 199th place out of the field of 200. 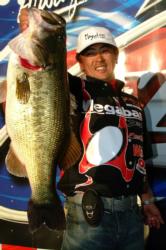 “I’d like to say that I’m a little upset with all these guys who are catching all these big fish. Not one of them has come up and thanked me for clearing all the little ones out of the way.”

“Folks, I promise you, we are not using the same fish over and over again.”

– Chris Jones, after calling the weight on his umpteenth 9- or 10-pounder for the big-bass award Thursday.