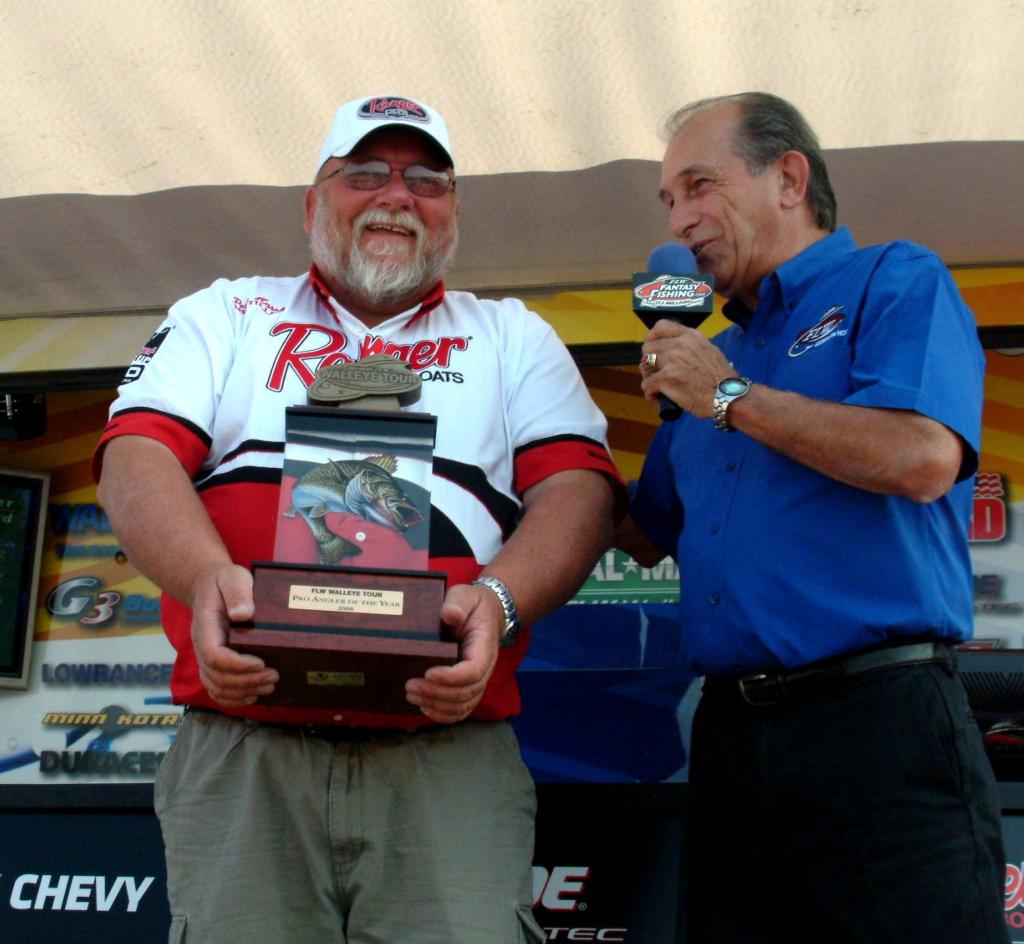 For Pete Harsh, winning is everything. While accolades are nice and being recognized as one of the premier walleye anglers in the nation is definitely a plus, Harsh is really only content when he’s able to hoist that first-place tournament trophy over his head.

Never one to embellish a feat, either his own or another’s, Harsh says of his 2008 FLW Walleye Tour Angler of the Year award: “It’s an honor, and it certainly helps to pay the bills. Angler of the Year is always a goal, but my primary goal is to win tournaments.”

To be sure, Harsh is no stranger to success. The Sauk Centre, Minn., pro has won 12 walleye tournaments since 1998, including one on the FLW Tour and four on the Professional Walleye Trail. Yet he remembers all of the second-place finishes just as well as his victories – acknowledging that the difference between those two places can be as subtle as the tap of a walleye on a live-bait rig.

“Sometimes when you win,” he says, “it’s not that you were that good, but for at least that tournament, everybody else was even worse. Even when I win I think of the fish I lost and the things I could have done better.”

Harsh has ascended to the upper echelon of walleye tournament pros. Only Ron Seelhoff has more major tournament wins with six. Tommy Skarlis, Doc Samson and Harsh all have won five. In 2002, his rookie season on the RCL/FLW Walleye Tour, Harsh finished second in the Angler of the Year standings. He did the same on the PWT in 2001. This year the door he had hammered on for so long 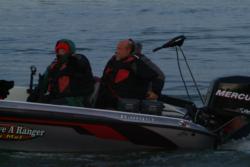 finally crashed open. He was 10th at Lake Erie, 38th at Lake Sharpe, fourth at Cass Lake and eighth at Bay de Noc. He finished the regular season with 544 points, six more than second-place Ted Takasaki.

The anatomy of an AOY season

Harsh’s approach to tournament fishing is akin to a long-ball hitter who goes to the plate with the sole purpose of knocking one out of the ballpark each time. Strikeouts happen and are taken in stride.

“Once you win,” Harsh says, “second is no longer good enough. I’m not known as a consistent points fisherman or one who weighs a limit each day. I swing for the fences.”

That make-it-or-break-it fishing style has led to seven top-10 FLW Walleye Tour finishes since 2002. Overall, he’s competed in 32 FLW tournaments in which he’s caught 309 walleyes weighing a combined 1,090 pounds, good enough for a 3 1/2-pound average. He’s won more than $220,000 on the FLW Walleye Tour alone. On the now defunct PWT, he won four tournaments and finished as the circuit’s seventh all-time leading money winner with $399,100.

Perhaps the most remarkable aspect of this year’s AOY title is that the 56-year-old Harsh won it in a year marked by personal and professional adversity. In May he got Lyme’s disease, which plagued him all summer and sapped his strength as he struggled to maintain a grueling tournament regimen. Two years ago his mother, Sally, was diagnosed as terminally ill. Harsh served as her primary caregiver until she died in June.

Known throughout the industry as Mr. Tiller, Harsh says this of his Ranger 620 tiller boat: “It’s the most important tool I have to make a living. When you depend on your equipment’s performance to pay the bills, you can’t sacrifice on the quality of your tools. When I don’t catch fish, it certainly isn’t the boat’s fault.”

For 2009, Harsh will run Ranger’s re-designed 620 tiller boat, which he said has even more user-friendly features than the previous model.

A little help from his friends

When it comes to tournament fishing, Harsh relies on his own instincts. He does, however, share 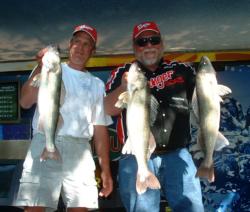 “Jim and I get together for dinner at night and brainstorm with each other,” says Harsh, who befriended Gordon many years ago. “We don’t share money, just ideas and information.”

This season he also shared prefishing days with Jim’s father, Fred “Pops” Gordon, and Mike Taylor of Midland, Mich., who competed as co-anglers on the tour and placed third and seventh, respectively, in the points standings. Gordon finished eighth in the pro standings, so all four anglers had a great year.

Harsh said he plans to fish all four FLW Walleye Tour events in 2009 and perhaps launch a Web site and educational guide service that will go beyond what customers normally get from a guide.

“Sure, we’ll catch fish,” Harsh says, “but I’ll also teach the tricks of the trade, the presentations, methods and boat control you need to be successful. If somebody wants to learn a new or unfamiliar presentation or improve his boat-control skills, we’ll do that in addition to catching fish.”

Harsh said he’s planned the new venture for some time, but thought it was still two to three years away. But with the end of the PWT and the subsequent reduction in tournament dates, he said this might be the year to do it.

Not surprisingly, nobody is looking forward to the upcoming FLW Walleye Tour schedule more than Harsh. With stops that include Leech Lake and Lake Pepin, where he won PWT events, and Lake Winnebago, where he finished second in an FLW event, don’t be surprised if the Minnesota native finds himself atop the leaderboard once again in 2009.