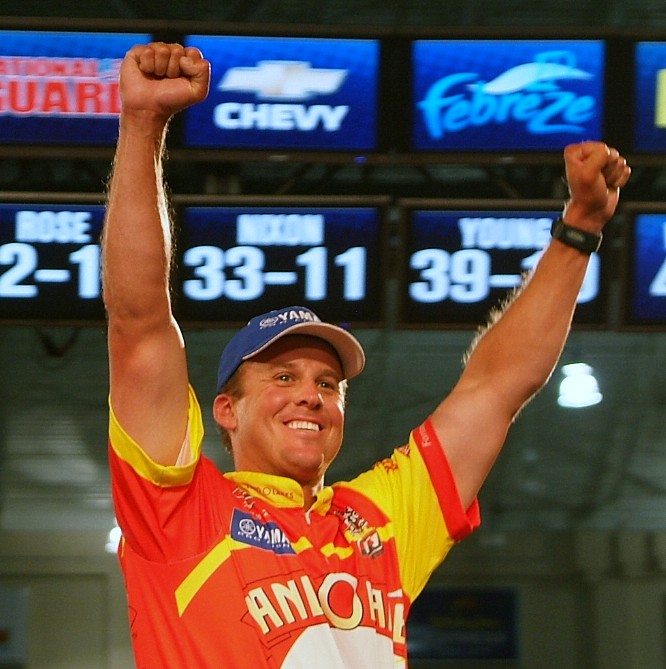 – MODERATOR COMMENT –
Today, Keith Williams is here to take questions from you, the fans. So, without further delay, let’s get started.

Q: I see you are on the border for making the Forrest Wood Cup. So what is your game plan at Champlain? Are you going to fish conservatively for points or swing for the fences?
— Vince (Minneapolis, Minn.)
A: I am going to fish the areas that I know real well. I’ve fished that lake a bunch — since 1998. I have experience on the lake. I am not going to swing for the fences and try to catch 20-plus pounds a day. I am going to practice for both largemouths and smallmouths, and I hope to catch 16 or 17 pounds a day. I know the south (end) pretty good — it’s acres and acres of grass, and that will be a key factor in this tournament. I will definitely spend at least a day down there. I will also check out a few northern spots, but I’ve never fished the lake in July. I never just try to catch a limit — I fish for big ones, and I just go for it.

Q: Congratulations on a well-deserved win. If you could fish with anyone past or present, on any body of water, who, where and why would you choose?
— Jamie Stoddard (Florence, Ala.)
A: You know what? I would have to say Kevin VanDam, and I would like to fish with him on Lake Guntersville. The reason I picked KVD is I think he is the best in the world, and I’d love to learn how he goes about finding fish and catching fish. A day spent learning with him would be invaluable. Guntersville gets so much pressure, yet KVD wins just about every tournament he fishes out there. KVD is my hero — I have been following him my whole life.

– MODERATOR COMMENT –
Williams caught a massive kicker fish (estimated at 9 pounds) to start off his final day of fishing on Kentucky Lake, which essentially sealed the deal for him and paved the way to his first Tour win.

Q: How hard did that 9-pounder fight? Were there any tense moments getting her in the boat?
— David M. (Carbondale, Ill.)
A: You know, the 9-pounder — when I first set the hook, it almost felt like a stump. I knew it was a good fish right away. Once it came up, I cranked it as hard as I could on top, and it never did get back down. It never really did fight that hard, and I had no problems getting it in.

Q: What is the quickest way to find shell beds on Kentucky Lake?
— Ty Garrett (Sikeston, Mo.)
A: That’s a good question. The best way for me is to crank and use fluorocarbon line. That way you can tell if the bottom is soft or if it is a bed. A lot of times you actually crank the mussels about and bring them in on your bait. For me, cranking isn’t the best way to catch them. A lot of times, especially when they are generating current, I like to use soft-plastic baits. But I find my areas with the crankbait.

Q: How many times did you check on your 9-pound fish during the day?
— JJ (Nashville, Tenn.)
A: Ha ha. I probably checked him, not counting the ride back — I probably checked him seven or eight times. I had him in one tank by himself, and I made sure he was doing good and everything. Every time I checked him, I was still in shock at how huge he was. Usually you catch a fish in a tournament, and then you check on him and it looks smaller. This fish never looked smaller — I never big-eyed him at all.

Q: Being a pro, you know the fishermen well. Besides yourself, who would you pick for Lake Champlain?
— Tony H. (Springfield, Mo.)
A: Let’s see, I am probably going to go with a good shallow-water largemouth fisherman to win it. For starters, I would take Andy Morgan. I think David Walker, Jacob Powroznik and Luke Clausen will do well too.

Q: Why did Arkansas anglers do so well on Kentucky Lake? I think of clear impoundments in Arkansas, while Kentucky Lake is full of grass now.
— Tim (Davenport, Iowa)
A: I think a lot of the lakes in Arkansas have structure and grass — lakes like Dardanelle and DeGray. These lakes have ledges, drops and creek channels, and they fish a lot like Kentucky Lake. Plus, Arkansas is just a fishing state — a lot of good anglers call it home.

Q: I read that you were fishing a road bed (at Kentucky Lake). Why would there be a road under a lake? Or is this just a reference to a route the fish use to migrate? Thanks.
— Chris K. (Bowling Green, Ky.)
A: This was a road that paralleled the river channel before the lake was dammed. What made the fish get on the road was the hard bottom. The mussels would gang up on the road, and of course the bass would follow the mussels. Where I caught my best fish was an intersection where a ditch cut the road bed in half.

Q: I saw you used a Zoom Ole Monster. Is the Monster the best big worm out there? If so, what makes it the best?
— Nick G. (Hendersonville, Tenn.)
A: To be honest, I used the Monster because Zoom sponsors me, and it’s the only worm I’ve ever thrown. The one thing about Zoom baits is that they’re soft. The way it’s made so soft is what makes it so life-like. That, and the overall size of the worm, was the most important thing.

Q: Congratulations, Keith. Have you ever use the 8-inch Swim Bait Special form All Pro Rods to fish ledges with, and what size sinker did you use on Kentucky Lake?
— Scott Towry (Lawrenceburg, Tenn.)
A: I heard a lot about the swimbaits working on ledges, but I never have tried them. I know they work, because everybody talks about them, and you see them all over the shelves in tackle shops. But I, myself, never have tried them. The sinker was a 5/16-ounce Tru Tungsten.

Q: A win this big is a great financial boost. Has it changed your plans for the future at all, and/or has it opened new doors for you?
— Tom (Niagara Falls, N.Y.)
A: It has definitely opened doors. My lifestyle won’t change, but my sponsors are real happy, and it has taken a lot of pressure off me.

Q: I remember your dad used to fish the FLW Tour as a pro. What is he up to these days?
— Tom G. (Little Rock, Ark.)
A: My dad is fishing some of the Bassmaster Opens, Mr. Bass of Arkansas tournaments and some BFLs. Last year he qualified for the Elite Series, but he chose not fish them. Dad is doing great — he fishes all the time. After I won the tournament, I left my boat down in Paris (Tenn.), and he picked it up and went fishing for five days straight in the same area.

Q: Congrats on your (Kentucky Lake) win. In New York (at Champlain), do you plan to run south, and how do you feel about your chances?
— Holly Brinkley (Bradford, Ark.)
A: I don’t know exactly where I will fish the tournament, but I will practice at least one day down south, one day midlake and one day on the north end. After practice I will decide which way to go during the tournament. If I can get on the right school of fish that aren’t beat up real bad, I think I could make the cut, but it’s kind of hard to say at this point.

Q: Are you going to target largemouths or smallmouths on Champlain, and why?
— Mike (Albany, N.Y.)
A: The last time I fished there (FLW Tour 2006), I made the cut and finished eighth. The first day I targeted nothing but smallmouths, and on the second day I fished nothing but largemouths. At that tournament, I let the weather dictate where I was going to fish. That’s kind of the game plan again this year.

Q: What would you reccomend for someone wanting to build confidence fishing deep structure?
— Eric (Pittsburgh, Pa.)
A: I would say, fish soft plastics like Texas-rigged worms and finesse worms. And don’t get in a hurry. Fish them real slow, and pay close attention to your depth finder and that sort of stuff. Figure out where the thermocline is, and fish right above it.

– MODERATOR COMMENT –
Unfortunately, fishing fans, that’s all the time we have to chat with Keith today. Thanks to all who tuned in and participated in today’s Reel Chat. And a special thanks to Keith Williams for giving us his time and insights into tournament fishing. Check back shortly for a complete transcript of today’s FLW Live Reel Chat.