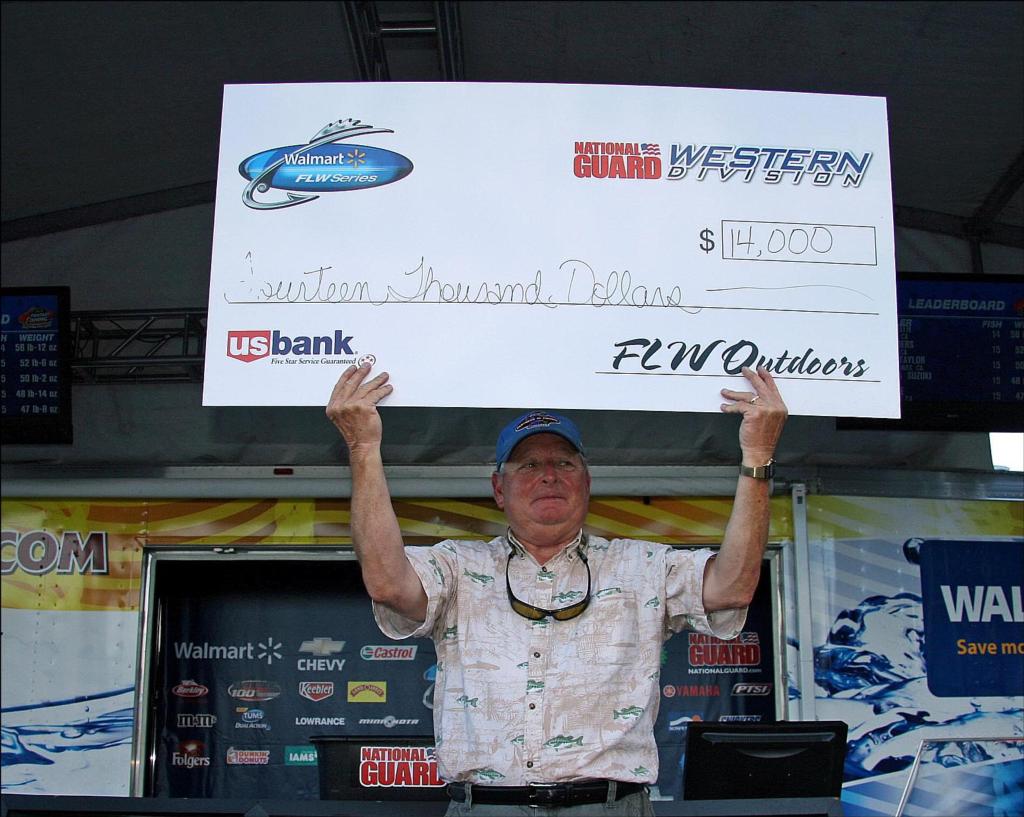 After leading the co-angler division for two days, Mark Smith cemented his victory, despite a low day three performance. Photo by David A. Brown.
October 23, 2009 • David A. Brown • Uncategorized

Smith jumped to an early lead on day one with the tournament’s heaviest bag – a 27-pound, 10-ounce limit that gave him an 8-pound, 11-ounce lead. Smith also caught the biggest bass of the Co-angler Division on day one. Incredibly, his 8-pound, 12-ounce fish had a twin in Smith’s bag.

The Dana Point, Calif., co-angler maintained the top spot on day two with another limit, this one weighing 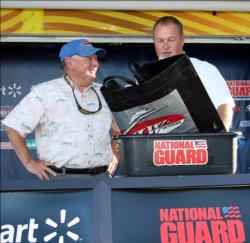 19-14. Smith’s day-two lead grew to an astounding 11 pounds, 10 ounces. Smith struggled on day three and ended up with just four fish that weighed 9-4. Nevertheless, the huge numbers he posted the first two days built enough weight for him to hold on to the lead and finish with a winning total of 56-12 worth $14,178.

With recent cold fronts sending Clear Lake into fall transitional moodiness, many anglers struggled with consistency. Smith said his early mark gave him a comfort zone in what has been an often frustrating fishery. 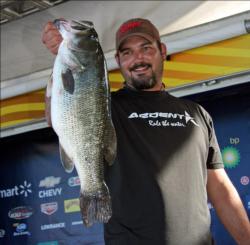 “The way the fish are biting here, any day you can get a big bag is great,” Smith said. “So to come in with 27 pounds and two 8-pounders was just unreal. I knew at that point that I had enough of a lead that if I could catch 10 pounds a day for the next two days, I could hold on. As it turns out, that wasn’t enough. I can’t imagine what this lake is like when the bite is actually on.”

Smith fished with Texas rigs and drop-shots. He found that the fastest way to fill out a nice limit was to ease off the gas pedal.

Day three presented a tough bite, and Smith didn’t have his first keeper until noon. When he noticed that the area he was fishing had lots of small baitfish, he tied on a drop-shot with a hand-poured minnow. Drop-shotting this bait delivered the four fish he weighed.

Rus Snyders of San Bruno, Calif., moved into the second-place spot on day two and ended in this 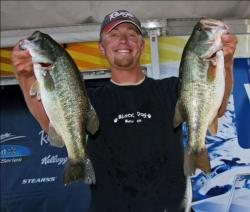 position on day three with a total of 52-6. Snyders caught limits all three days and earned $7,089 for his efforts.

On the third day, Snyders fished around The Narrows and started out by fishing tubes on 1/8- and ¼-ounce heads. Later in the morning, he fished shallow docks in the Redbud area at the lake’s south end. Here, jigs did the trick until it was time to return to the tubing spot in the afternoon. 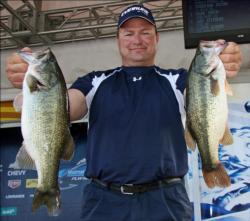 With his pro fishing a crankbait early on day three, Snyders said he quickly figured out the optimal tube presentation: “I’d drop it right at the boat, shake it and start letting out line as I was shaking it until it got maybe 50 yards behind the boat. Then I’d reel it back in, drop it straight down and do the same thing.”

Rounding out the top 10 co-angler finishers at the FLW Series Clear Lake event: