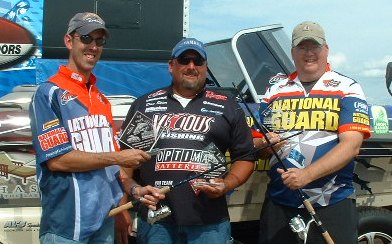 “We caught our fish trolling and using slip bobbers.” said pro Dan Stier, who will fish at the FLW Walleye Tour event which starts Thursday. “It was a lot of fun and I was honored to take these guys out fishing.”

“This was my first time fishing this year and my first time on Devils Lake,” said SFC Troxel. “It was a little intimidating at first being out with a pro, but Dan was such a great guy and very patient with us; if 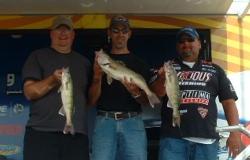 we made a mistake he gave us tips on what to do differently. We all caught a lot fish and had a great day.”

“Going home with the trophy is always great,” said SSG Leshovsky, who considers himself to be a good fisherman. “It was really great to be able to go out with a pro and see what they do differently than the novices, I learned a lot about bait presentation which was really neat. I even caught the big fish of the day, a 6-pounder, it was so cool!

“Events like this are really cool for me to see, it helps see how much people really appreciate what we do to help protect our country. I really want to thank the National Guard and FLW Outdoors for putting this tournament on for us, what an awesome day.” 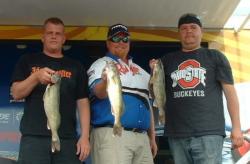 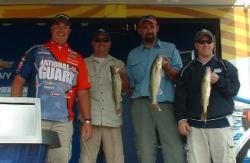 MSG Rob Sheppard and MSG Cory Evanson will participate as co-anglers in the FLW Walleye Tour Western Division finale on Devils Lake in Devils Lake, N.D., July 29-31. Hosted by the Devils Lake Convention & Visitors Bureau, the tournament will feature as many as 300 top walleye anglers casting for top awards up to $35,000 in the Pro Division and $7,500 in the Co-angler Division.