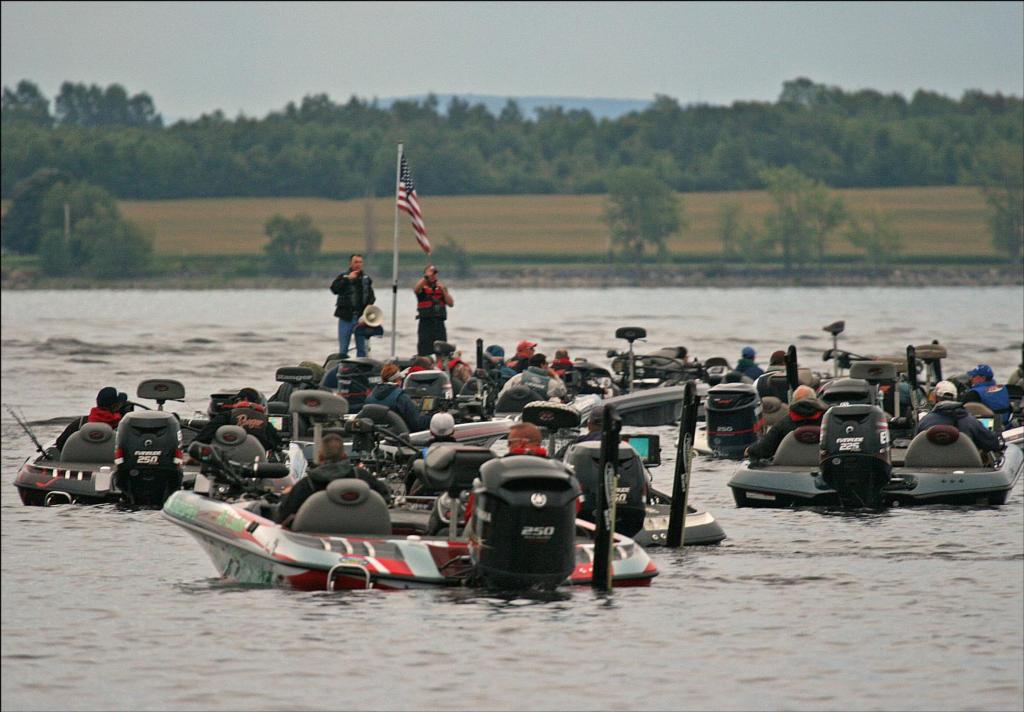 The FLW Series Eastern Division field will contend with a moody Lake Champlain. Photo by David A. Brown.
August 25, 2010 • David A. Brown • Uncategorized

As with any change, this one’s bringing an unsettled and disjointed feeling. It’s probably unfair to say that Champlain has an attitude, but she’s definitely feeling a little moody this week.

A little over a month ago, the scene greeting an FLW American Fishing Series event on Champlain was considerably different with more latitude for the run-and-gun approach. That was summer in upstate New York. This week’s tournament hits Champlain during the annual transition to fall. Daytime 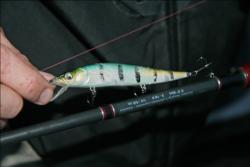 temperatures are declining, cooler weather is on the way, and the fish are starting to gather into their autumn feeding packs.

“It’s kind of spotty – you can’t just go anywhere and catch them right now,” said Indiana pro John Voyles, who placed ninth during the recent AFS event on Champlain. “The bite is a little tougher right now. It’s fall, and things are starting to change.”

A.C. Campbell of Mineral Springs, Pa., agrees: “You’re getting some quality fish here and there, but they’re not eating all that well right now. Once we get a couple of cold fronts to drop that water temperature, they’ll really start eating good. We’re just in that transition right now.”

Nevertheless, Lake Champlain remains one of the top Northern lakes for a couple of key reasons. First, abundant habitat ranging from rocky ledges and shallow bays in the mid-lake area and upper regions to the 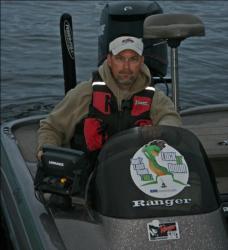 thick grass mats of the narrow southern end provide plenty of targets. Also, just about any day of the week, competitive stringers could hold smallmouth or largemouth bass. With quality and quantity abundant for both species, anglers have the option to adjust their focus as need or opportunity arises.

Voyles said he’ll target smallmouths and rely mostly on a Megabass jerkbait and a drop-shot. He said he also has some good largemouth spots identified, and he may flip a jig for part of the day. Voyles said a game plan built on species diversity helps insulate him from a washout.

“During the (AFS), I had mixed bags,” he said. “It just helps some days, because if they decide not to bite on a couple of spots, you have a backup plan.”

Contrasting that view, Campbell has struck largemouths from his plan and will devote all of his time 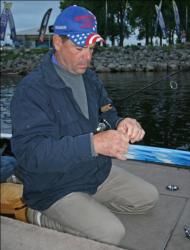 prospecting for smallmouth gold. He’ll start his day in the lake’s upper end on the New York side and venture over to Vermont’s Inland Sea if he needs to fill out a limit. Presentation persistence will be his thought today.

“You just have to slow down and fish the areas you know the fish are in and the baitfish are in and keep the bait there until they’re ready to eat it,” Campbell said.

Campbell will look for yellow perch schools and expect to find larger smallies following this finned buffet. He’ll fish drop-shots and Carolina rigs in 12 to 16 feet on the New York side and work in 20 to 25 feet if he runs to the Inland Sea. Today will see overcast skies and afternoon rains. If the week brings any sunshine, Campbell said he’ll throw swimbaits and jerkbaits.

Randy Yarnall of Womelsdorf, Pa., has a word of advice for the fleet – mobility. With bait schools on the move, predators will also have their foot on the gas. That means anglers will need to keep moving to find fish, but resist thoughts of complacency. 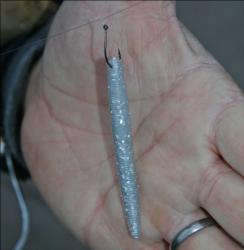 Fans will be treated to a Family Fun Zone at the marina prior to Saturday’s weigh-in from noon to 4 p.m. There will be a drawing for a $300 Cabela’s gift card, and drawings for rod and reel combos will be held every 30 minutes during the event. Activities in the Family Fun Zone include a boat simulator and National Guard obstacle challenge. All activities are free and open to the public.

On Sunday, Aug. 29, the Plattsburgh Bass Club will host the Lake Champlain Open at Dock Street Landing in an event that will support the USO. The National Guard Family Fun Zone will be open from noon to 4 p.m.

The entire field competes for the first three days of FLW Series events. Co-angler winners are 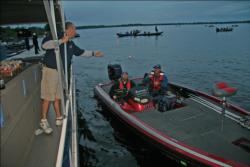