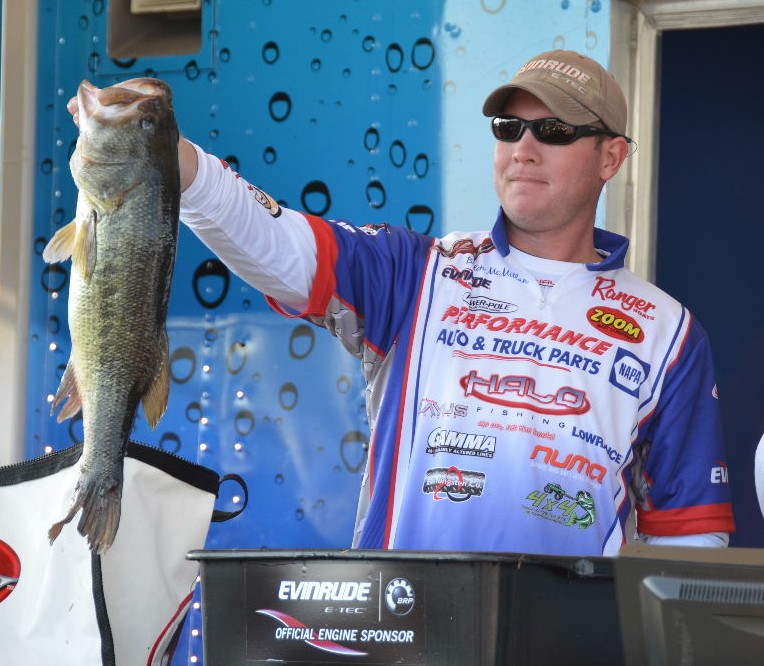 Outside of south Florida, Brandon McMillan was unknown in professional bass fishing until February 2011 when he slammed 106 pounds, 10 ounces of Okeechobee bass on the scale – clinching the Walmart FLW Tour Open and the record for heaviest total tournament weight. Since then, McMillan has steadily increased his tournament scope and workload.

In 2012, “Big Mac” ventured outside the comforts of the sunshine state to fish the entire EverStart Series Southeast Division and the results were once again impressive.

“Fishing the EverStarts was a great experience,” said McMillan, who took second in the Strike King Angler of the Year race. “It’s a stepping-stone circuit. I got to experience several different lakes and fish against some good fishermen. It was helpful, very helpful in preparing me for the next level. I mean, there’s got to be a dozen Tour pros that fish the Southeast – guys like Kreiger and Kenney. You can kind of measure yourself without paying the higher entry fees.”

With that experience, the 30-year-old McMillan embarked on his rookie FLW Tour season with high hopes. He started 2013 on his home pond, but it was quickly evident that Okeechobee was fishing different and mat flipping was no longer the dominant tactic. McMillan still eked out a $10,000 check but left his home state a bit frustrated. 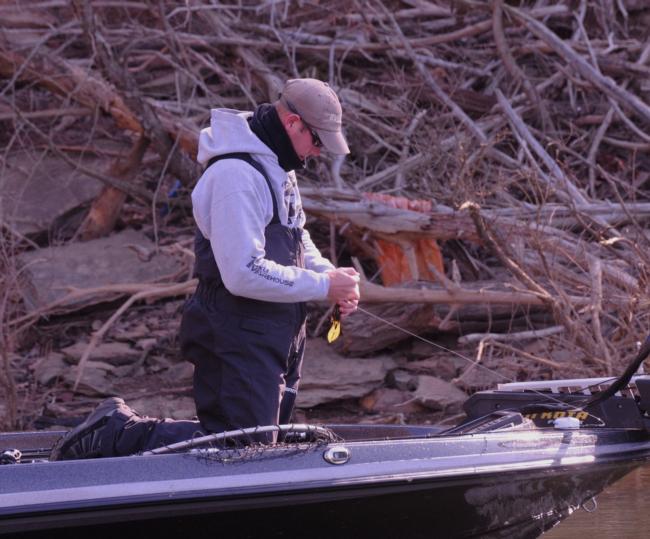 Smith Lake, stop No. 2 on the schedule, had McMillan worried as it’s known for spotted bass fishing in deep, clear water – essentially a 180 from Okeechobee.

“Thankfully, the guy that owns 4×4 Bass Jigs lives about an hour from Smith. He doesn’t fish it much, but he told me that they stocked Florida strain largemouths in the creek where I was staying. That’s what I grew up fishing so I figured I’d start there. That worked and I just kept expanding. Throughout the week I caught them in water less than 5 feet, most were in like 2 feet of water. I would just turn the boat wherever it was blue on my Lowrance mapping – meaning flat, shallow water.

Despite bringing in only four bass, McMillan was fifth on day one with over 15 pounds – all healthy largemouths.

“On the second day of the tournament I started where I lost a great big one and saw a great big one the first day. I was burning a spinnerbait on the way into the pocket and I saw two chase the spinnerbait. So I turned around and saw three more giants coming in; they swam right past the boat. The water was still pretty cold, but they were just coming in to spawn; they had to be. I just couldn’t get them to bite. If I would have used the A-rig, I would have made the top 10, there’s no doubt in my mind. At the time, I just didn’t know enough about it to use it. I lost some big ones that cost me that tournament, but at least I got to fish my way.”

McMillan headed to northwest Arkansas determined to learn the ins and outs of the Alabama rig.

“I had a great practice at Beaver too. Within two hours I figured out I could catch them on those bluff walls with the rig. But come tournament time I couldn’t get anything going. I don’t know what happened, but it was very discouraging. Drew Benton went behind me and caught two giants. Christie was in that same general area. Kreiger was there and he made the top 10. Nobody did me wrong, but man it was frustrating.”

The final tally at Beaver was 136th place, the first bomb of McMillan’s career. From there, the season evened out and McMillan finished 53rd in the Angler of the Year race.

“My goal was to make the Cup coming in, so from that standpoint it wasn’t acceptable,” said the Clewiston, Fla., resident. “I mean, it was so so. I missed the Cup, but not by a lot of points. It was two keepers at Beaver Lake that kept me from the Cup. I should’ve done better at Grand too because all those guys were catching them flipping. And I thought I was going to do well fishing shallow at Chick. I’m not happy with it, but I don’t think I’m that far off either. The goals for next year are to make a good showing on Okeechobee and to make the Cup. Other than that, making a top 10 at one of the other five would be great as I continue to just get my feet underneath me.” 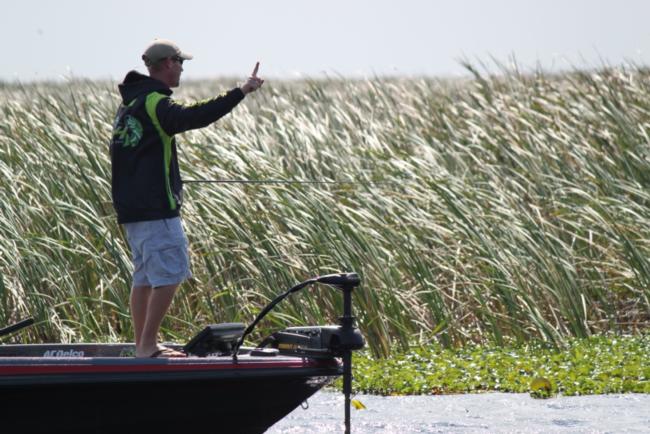 McMillan continues to work his day job as a driver for UPS. Ultimately, he wants to reach a point in his career where he solely focuses on fishing. However, McMillan isn’t in a rush and frankly doesn’t see that change as imminent.

“I’ve got a great job and if I walked away and fishing didn’t work out I couldn’t just come back. So it would have to be a really great opportunity. I’m going to keep fishing and working until something changes. To have UPS work with me on my schedule so I can fish is great.”

At the BFL Super Tournament on Lake Okeechobee in September, McMillan was involved in a dangerous head-on boating collision. He was running a pig trail lined with tall cattails and bulrush and when he rounded a blind corner, he instantly saw another boat coming directly at him.

“I hopped the head of his boat. My lower unit and engine got completely taken off by the passenger seat. Thank God he didn’t have a co-angler with him. It was scary, but everybody walked away. I totaled my boat but it could have been a lot worse.”

McMillan’s positive news from the off season includes an announcement of three new sponsors. His wrap and title sponsor for 2014 will be Grid One Electrical Construction out of South Bay, Fla. In addition, he added Shimano and G Loomis as his reel and rods sponsors.

“With those new sponsors and my existing ones 2014 shouldn’t cost me a dime in entry fees or expenses. I’m extremely grateful and happy with that.”

Lastly, McMillan offered a quick Okeechobee update. He said the water levels are high (14.30), but are falling every day.

“There are a few fish spawning now, but everything seems to be late. Come Tour time, it should be good and you could see some 100-pound weights again. Saturday I had 25 or 27 pounds but then the next day they were gone.”