Why the wheels fell off at Sam Rayburn Reservoir 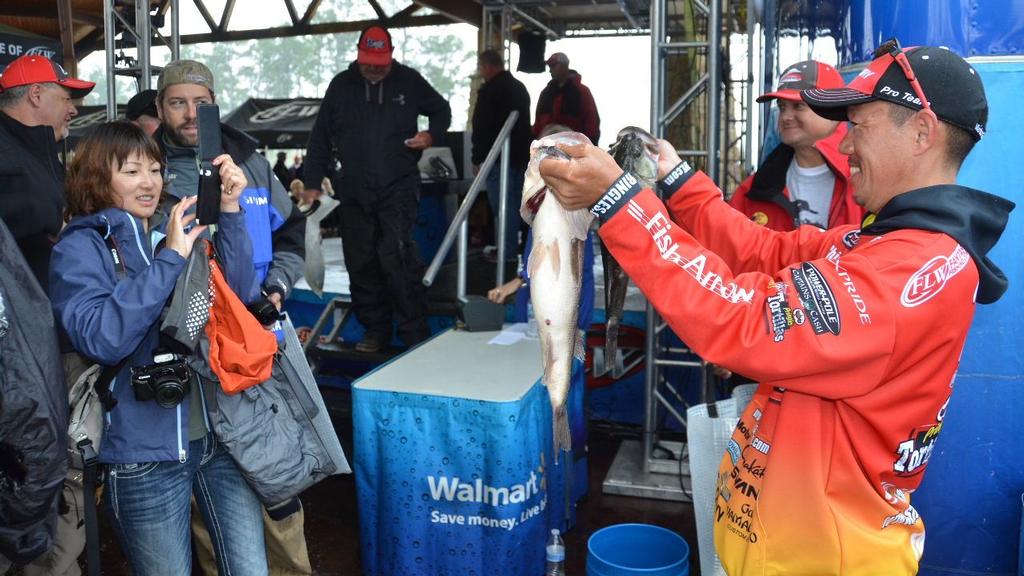 Shin Fukae gets some media help from his wife Miyu after catching 17-9 on day one. Photo by Kyle Wood. Angler: Shin Fukae.
April 1, 2014 • Colin Moore • Uncategorized

Pick your rationale for catching bass or not catching bass – they were all in play at Sam Rayburn Reservoir last week when the Walmart FLW Tour pulled in for stop No. 3 in the current campaign season.

Actually, the mixed messages that the pros delivered on the weigh-in stage were all accurate to varying degrees, and bespoke the transition stage that Sam Rayburn’s bass were in. Some fish were moving up to spawn, but many were still staging offshore or cruising the banks in no particular hurry to bed.

This cost some contenders who got off to great starts, only to drift down in the standings as the tournament progressed. A few examples:

“On the third day, I went for broke and tried to catch bigger fish, but it didn’t go as I hoped. There were two or three things going against me. Friday night it stormed, and the wind and the run-off really muddied up the place I was fishing. Also, there was at least one local tournament that was taking place, and it seemed that everywhere I went and tried to fish, there was already a boat there. No excuses, though, it was the same for all of us. I didn’t have a great practice, so I was glad to finish where I did.” 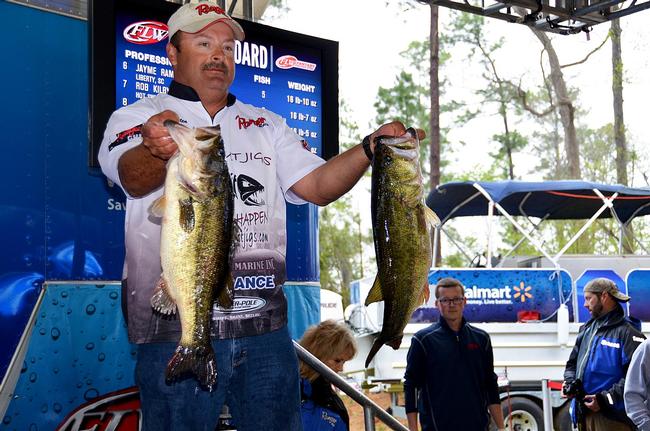 “The fish fooled me and did something I didn’t expect. I used a white-and-silver [Z-Man Original] ChatterBait the first day to catch my fish. The wind was blowing, and there was plenty of cloud cover. On the second day, I did a poor job of executing. I noticed that in the one pocket where I did so well the first day, the water had dropped about 4 inches, and I thought surely the fish would have pulled out deeper and would still be on the ChatterBait. They didn’t move out, though; if anything, they pulled in tighter to the bank and cover. I should have gone in there with them and done more flipping, but I convinced myself they were out and sulled up. The reason I know that now is because Tony Davis [ninth place] caught two of his best fish Sunday afternoon doing just that, and he was in the same area. I caught several fish flipping, but if I had started earlier in the tournament, it might have turned out differently for me.” 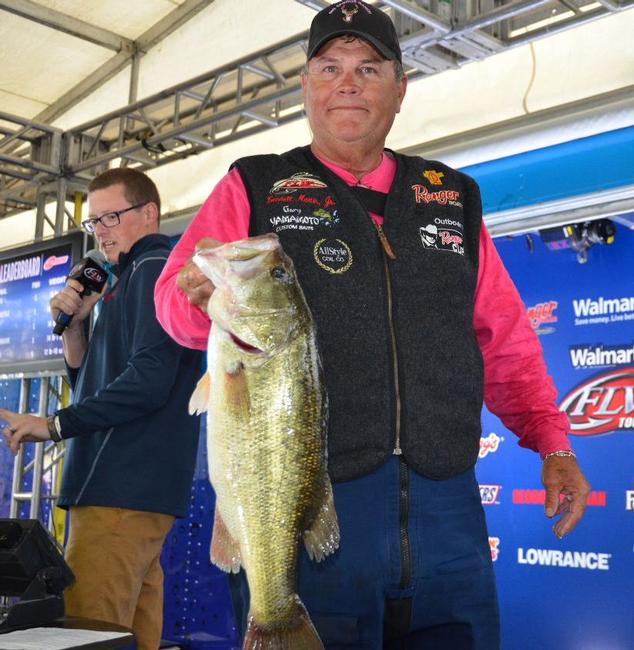 “On the second day, there were five or six boats fishing in the first place I pulled into. I didn’t even stop. I went to my second spot and it was the same thing. There were boats everywhere I wanted to fish. So I ran up Attoyac [Bayou], which is where I’ve really crushed them before. I just hadn’t planned on hitting it until the third day. I was using a ChatterBait, and it turned out to be one of those days where every fish I had on seemed to jump off or pull off. Probably I should have switched baits and just slowed down. I don’t know if I learned anything at all, but Bryan [Thrift] sure did. I’m 60 years old, and you’d think I would know better, but sometimes I don’t slow down like I need to when I’m fishing.” 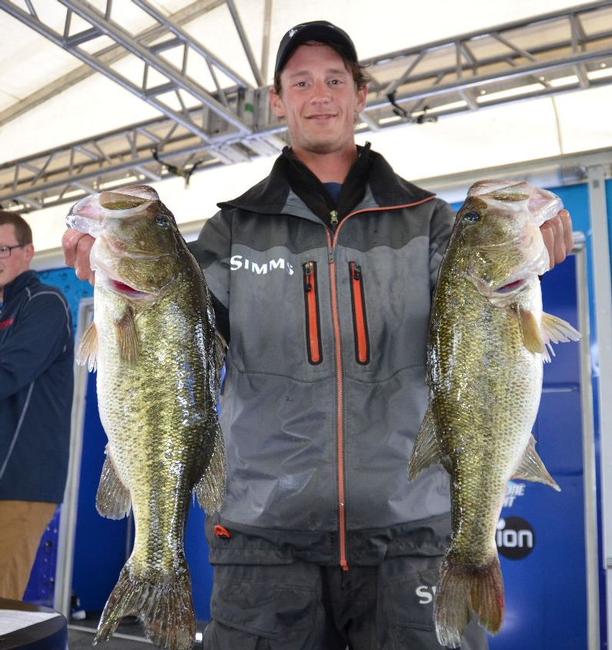 “Long story short, I had a disastrous second day. On day one I got a mix of 14- and 15-inch fish, with two or three big fish using a green pumpkin ChatterBait. The second day, though, the fish weren’t as active, and I switched to a weightless [Yamamoto] Senko to try to make something happen. I fished it with a spinning outfit and 12-pound-test, and I had some decent fish on, but they would wrap me around sticks or in the milfoil and would come off before I could get to them. I still think I had the right kind of plan, and I wouldn’t have changed anything. It just didn’t come together for me that second day.” 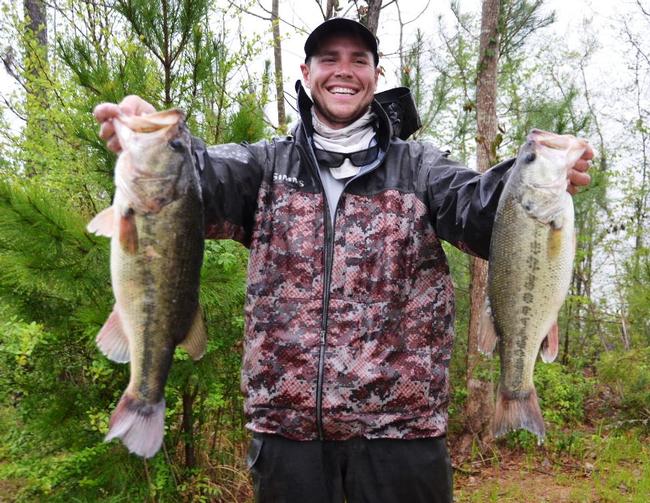 “Basically, it was the weather that got me. We didn’t have any wind on day two, and I needed a lot of wind. I was catching my fish along a shallow grass line, but on the second day there was too much visibility and I couldn’t get any reaction bites. I finally tried to switch at about 10 o’clock, but couldn’t get anything else going. I had five bites and lost two of them. Everything else was just those little bank-runners like everybody was catching.”