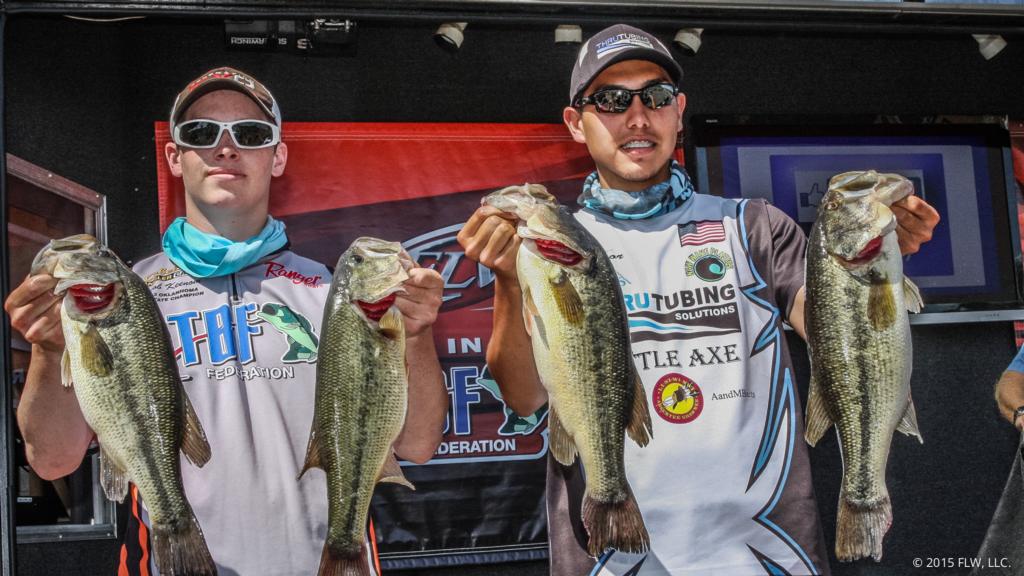 GROVE, Okla. – Oklahoma’s Trevor Yates and Jacob Keenom shrugged off the pressures of being the home team and sacked a five-bass limit weighing 17 pounds, 3 ounces to lead on day one of the Student Angler Federation High School Fishing National Championship here on Grand Lake.

The top five teams today advance to the final round on Sunday, where they’ll contend for the title and a $10,000 scholarship to the college of their choice. Takeoff is set for 6:45 a.m., with check-in at 1 p.m., both at Wolf Creek Park.

“We’ve been out here all week and covered the whole lake, and it was tough,” says Yates, of Norman, Okla.

In the end, the young competitors unlocked many of the secrets of the sprawling reservoir during practice, uncovering a pair of go-to patterns they could turn to during the tournament.

“Jacob and his dad found fish in clear water near the dam during practice,” Yates explains. “My dad and I found fish farther up the lake in dirty water, which is my comfort zone.”

The team decided to start the day in clear water, gunning for a limit of keepers.

“It worked,” Yates recalls. “We took turns catching them there until we had five.”

While some teams struggled as warm, sunny, windy weather replaced the cool gloom of earlier in the week, the changes didn’t faze Yates and Keenom.

“If anything, it all worked to our favor, moving the fish up onto our spots,” says Yates.

Once their clear-water hot spot yielded a decent limit, the team made its move.

“We headed for muddy water to get the big bites,” adds Keenom, of Meeker, Okla.

The strategy worked, as the pair upgraded several fish with bass in the 3- to 4-pound range.

Keenom is confident their patterns will hold water as they move forward into Sunday’s final round.

“We’re going to stick with the same game plan and keep it simple,” he adds. “Our spots are replenishing, so we feel pretty good about them.”

On a side note, Yates admits to having a pair of hefty bass come unbuttoned.

“I did lose a couple that could have pushed us over 20 pounds,” he says. “But that’s fishing.” 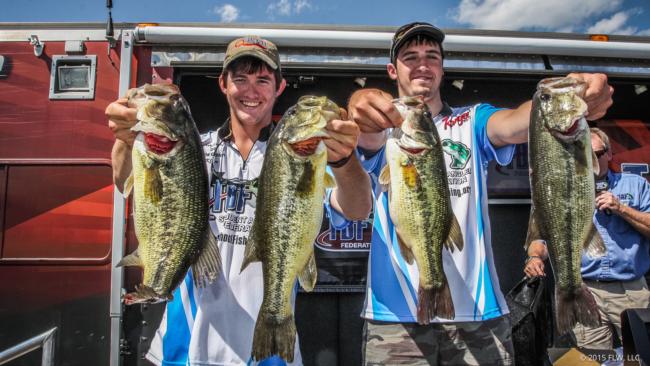 “I think everything fell into place for us,” says Queen, recalling how the morning got off to a great start before the bass played a bit harder to catch. “It started out really fast. We got a few fish and then struggled for three or four hours, managing to get our fifth fish and cull up several times after that.”

While the action wasn’t spectacular, Queen was content with the size of the fish they boated.

“We didn’t catch numbers of fish all day long, but we were focused on quality, not quantity,” he says.

“It was a good day,” adds Black, reporting that after the morning flurry it was a grind. “We spent the rest of the day trying to pick off the bass the Rayovac anglers didn’t get last weekend.” 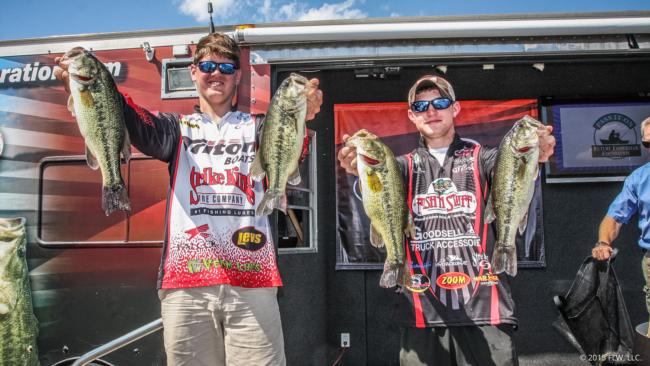 A southwest wind gusting to 25 mph threw Cole Swede and Chase Myers a curve, but they pieced together a limit in the morning that helped them make the cut.

“It went pretty well,” says Swede. “The wind held us up a little bit, though. Our fish don’t like the wind, so that took away some of our spots.”

Myers adds that they had better luck in clearer water, though a rising barometer put the brakes on their pattern shortly before noon.

“When it started rising the bass shut down,” he recalls. “We didn’t get another bite after 11 o’clock.” 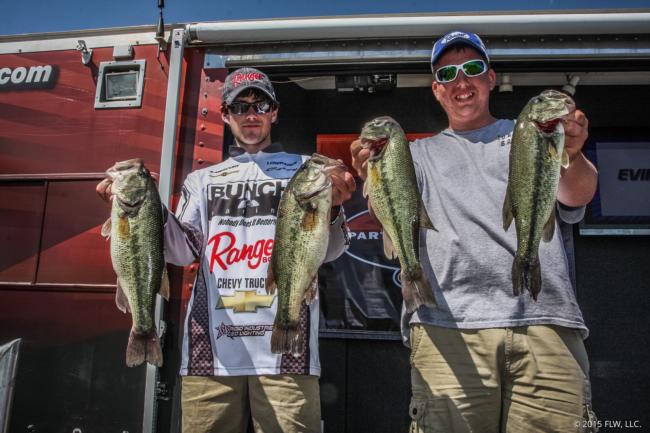 Their 9-pound, 10-ounce total propelled them into the finals, but neither was satisfied with their performance.

“We definitely could have done better,” says Lee. “We wasted a lot of time, and that’s not going to happen tomorrow [Sunday]. We need to catch a big bag and make a comeback.”

“We need to focus on getting five in the box and then getting a couple of big ones,” he says.

The anglers, like their competitors, declined to share much in the way of specifics on their tactics. But they did reveal that a major change is in store for day two. 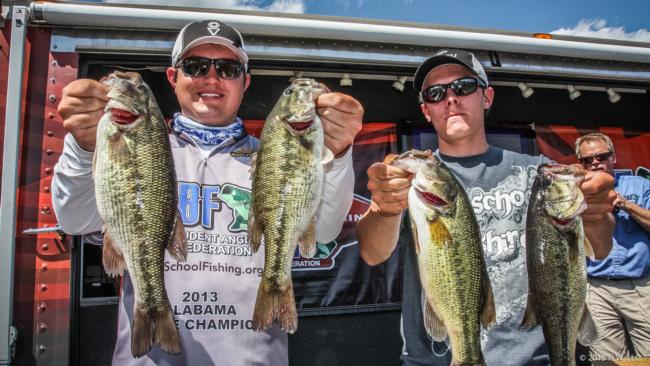 Veterans Zeke Gossett and Ryan Shields saw a prime pattern honed in practice evaporate on the wings of the gusty Oklahoma breeze.

With their bite gone with the wind, the team rolled with the punches to sack five bass and advance to Sunday’s final shootout.

“Our day started out pretty slow,” says Shields. “When the wind changed it blew out a couple of our spots, and we had to make a few adjustments.

“Once we did, we started catching fish,” he adds. “It wasn’t what we hoped for, but it was enough to fish tomorrow.”